Police contacted Laurens Institute for Education in early December. KTVB also obtained an email between Lori Vallow and the school. 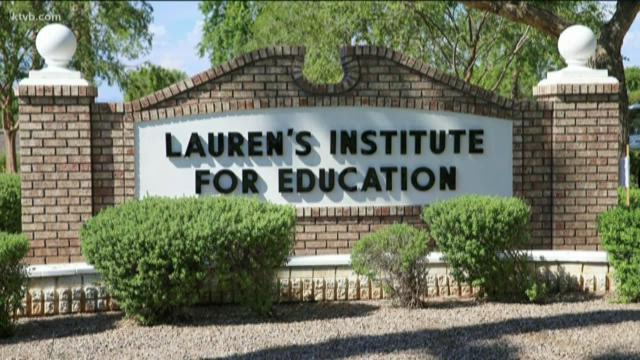 KTVB confirmed on Thursday that police contacted Laurens Institute for Education, also known as LIFE Academy in Gilbert, Arizona in early December regarding the investigation, according to the school.

JJ was a student at LIFE Academy, according to Margaret Travillion, the school's co-founder and CEO. The school shared an email dated September 5 from Lori Vallow to LIFE Academy, notifying the school that JJ would no longer be attending.

The email read in part: "Since the circumstances in our lives have changed drastically since my husband passed away last month. I have been offered a job out of state and have had to accept it.  we have had to move quickly since the job started asap. so I’m sad to inform you that Joshua won't be returning this year. "

The school told KTVB they are doing all they can to assist police in their effort to find JJ and his sister Tylee.

Meanwhile, KTVB is also getting its first look at the 911 call from December 12, the night Lori Vallow’s brother, Alex Cox died. Cox killed Lori’s husband, Charles Vallow, in July, according to police. Cox told police it was self-defense. His death happened months later.

The transcript for the 911 call from the night of Cox's death reveals a Joseph Lopez called 911. He told dispatch Cox was unconscious but breathing and that Alex was his mother’s boyfriend. In the call, you can hear the 911 operator telling Joseph to lay Alex flat on his back and perform CPR. Joseph was hesitant because "there were feces on the ground,” according to the 911 transcript. The call ends once paramedics arrive on scene. At one point, Joseph tells the 911 operator that Alex stopped breathing, according to the 911 transcript. 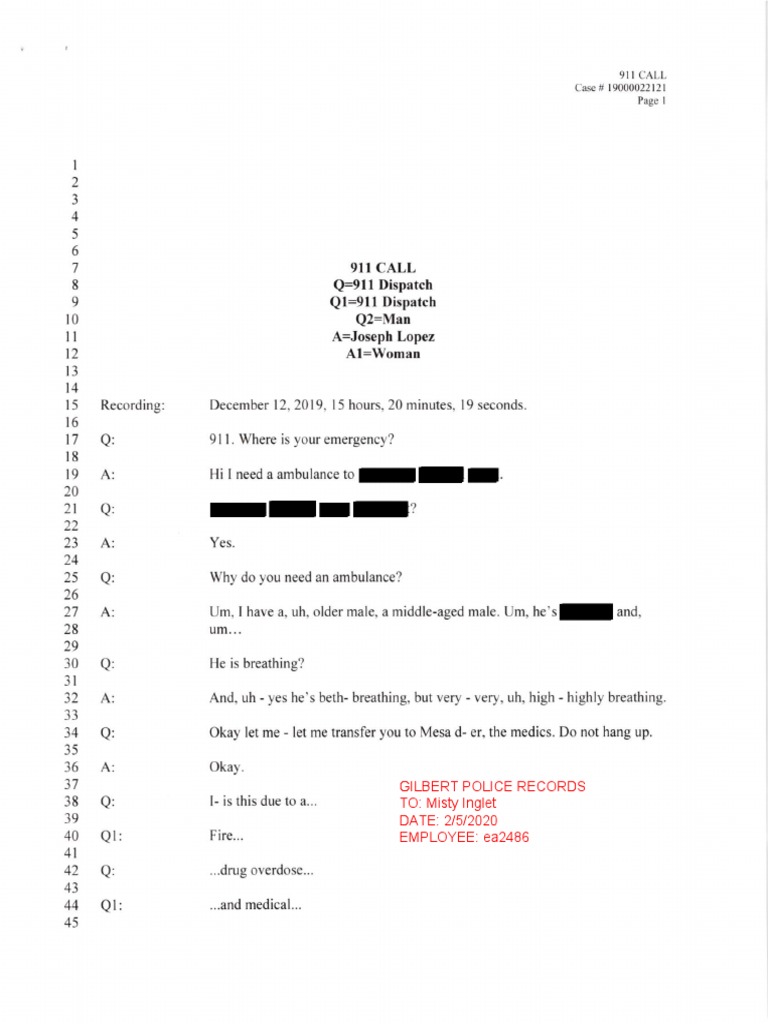 Alex Cox Death 911 Call Transcript
The Gilbert (Arizona) Police Department released a transcript of a 911 call made following the death of Alex Cox, the brother of Lori Vallow, whose children have been missing for more than four months.

“It's not clear to me how much Alex Cox was involved in the religious part of it, but he seemed to be the family enforcer,” said Rich Robertson, a private investigator with R3 Investigations in Arizona told KTVB on Wednesday. “They all went up to Rexburg and started over again, they all remarried. Lori married Chad very shortly after, Melani married a local Rexburg guy and so did Alex Cox, he married a local girl. Then he came back to Arizona in December and was found dead himself, mysteriously.”

Cox's death is still under investigation and the cause is unknown.

The school in Arizona where JJ attended also sent this statement to KTVB saying: "We were shocked to learn of Charles' death. It was evident on campus that Charles deeply loved JJ and JJ loved him. Lori always had a smile when seen on campus with JJ."

Currently, LIFE Academy has two yellow ribbons hanging on the school trees. One for JJ, the other for Tylee.