A judge on Wednesday denied Vallow's request to reduce her $5 million bond.

HAWAII, USA — Lori Vallow, who was arrested in Hawaii over the disappearance of her two Idaho children, has waived her right to an extradition hearing, and will soon be brought back to Idaho to face charges.

Vallow made a court appearance in a Kauai courtroom on Wednesday. She had requested that the judge reconsider her $5 million bail. The judge denied that request.

Vallow was arrested on an Idaho warrant last week, and was charged with two felony counts of desertion and nonsupport of dependent children.

The judge said that Idaho now has jurisdiction of Vallow, so it is up to authorities from Idaho to travel to Kauai to pick her up. There is no word on when that might happen, but a status hearing is set for next Wednesday to provide updates on that process. She will remain in jail on the island until

In new court documents, prosecutors argue that Vallow's bail should remain at $5 million, saying she is a "flight risk," and citing her decision to move to Idaho after her former husband was killed by her brother. Vallow and her current husband, Chad Daybell, left for Hawaii in November when Rexburg police began investigating the disappearance of the children, prosecutors said.

While Daybell has not been charged with any crimes, he also played a factor in the request for a high bail amount. During the investigation into Vallow, police found Daybell had received at least $430,000 in life insurance money after the death of his wife, Tammy.

"[Vallow] also has the means to move across an ocean," the documents state.

Seven-year-old Joshua “J.J.” Vallow and 17-year-old Tylee Ryan have not been seen since September.

Their disappearance has captured attention worldwide and was the focus of an episode of Dateline NBC. Investigator Keith Morrison said the case was "nuts."

He told KTVB during a Facetime interview that, "This is one of the most bizarre stories, bizarre situations I’ve encountered in this business.”

Police also have said Vallow and her husband Chad Daybell have lied about the children's whereabouts.

Her lawyers say she isn't a flight risk and had been willing to turn herself in prior to her arrest last week.

Leroy described the case against Vallow as uniquely constructed and it's impossible to predict how her court trial will go.

"It would typically arise only in the most serious criminal charges or in the alternative where it is immediately likely that the defendant would flee the jurisdiction. In this case, there is some indication of both."

Read the court documents below: 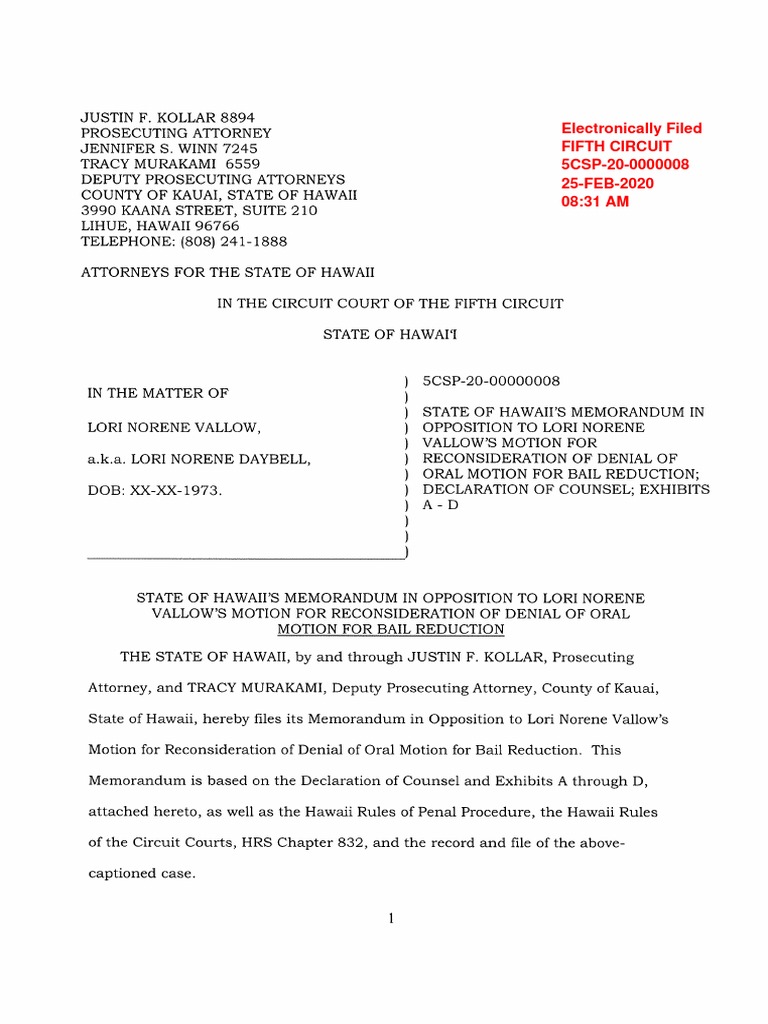