Melanie Gibb sat down with East Idaho News for a three-part interview about Vallow, the mother of two missing Idaho children, and her husband. 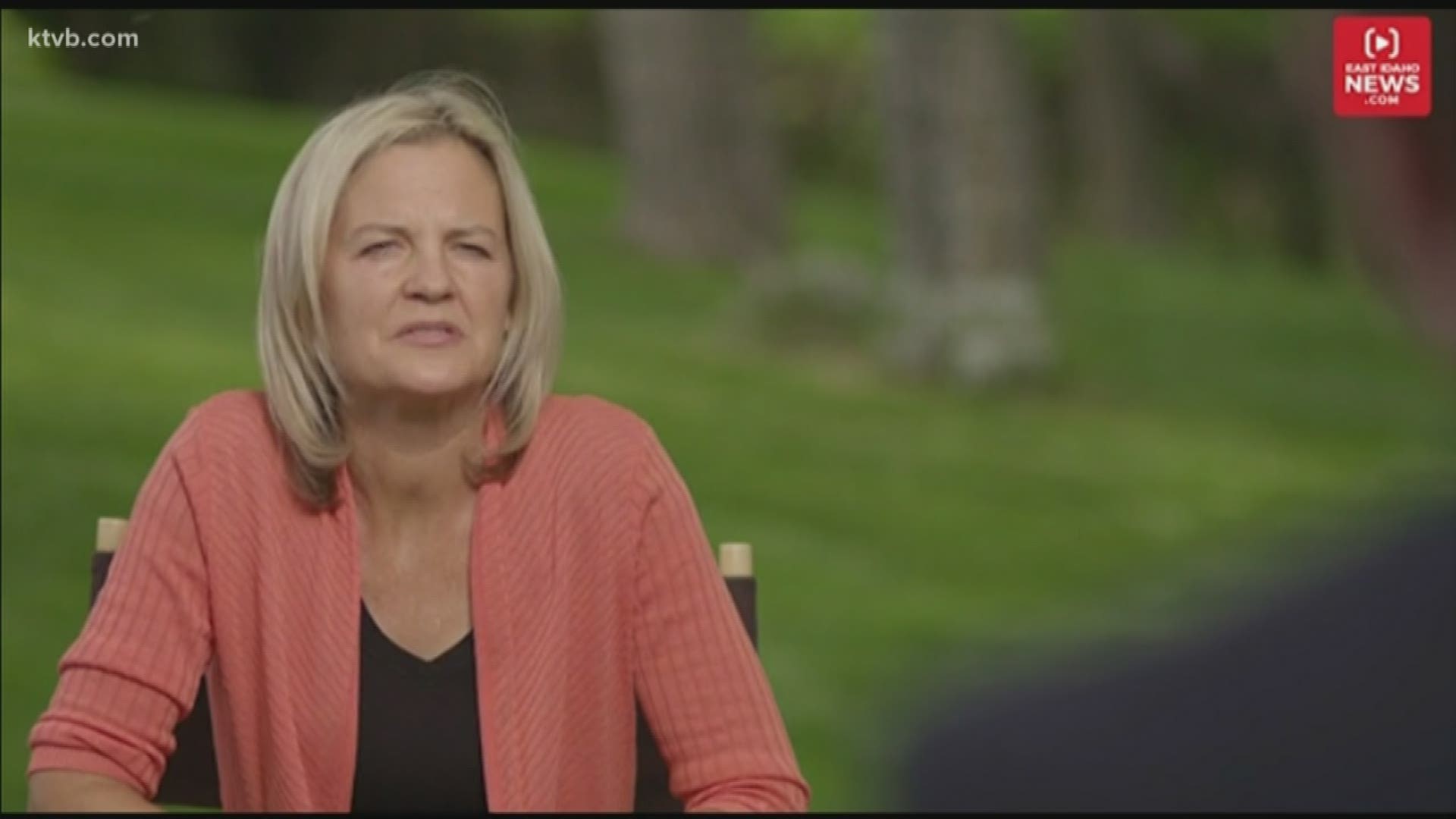 REXBURG, Idaho — Eight months later and there are still no answers as to where Joshua "JJ" Vallow and Tylee Ryan might be. The two missing Rexburg children made national headlines after they disappeared in September.

This week, the case is once again getting a lot of attention due to JJ's eighth birthday and the first-ever interview with someone who knew the family well.

Monday was JJ's eighth birthday. To honor that, relatives posted online tributes and a community vigil was held in Rexburg at JJ's school.

Dozens gathered for the candlelight event Monday night where they sang happy birthday to JJ and read a letter from his grandmother, Kay Woodcock.

"As you know, today is our beloved grandson JJ's eighth birthday," she wrote. "His absence is sorely felt by his brothers, aunts, uncles, cousins, Larry, me and the world."

Woodcock thanked the Rexburg community for all of their support in recent months, even calling the town "their second home."

She also had a message for JJ and Tylee's mom, Lori Vallow Daybell and her husband, Chad Daybell.

"Lori and Chad - you can speak out to end this agony," Woodcock wrote. "We pray for the humanity God has instilled within you to bring this nightmare to a close. It is the Christian thing to do."

While Lori and Chad have yet to provide any answers to law enforcement, someone else is stepping forward to shed some light on the case.

Her name is Melanie Gibb. She's a close friend of Lori's and she knew Chad well. She was also there the first time they met.

Gibb said the couple's relationship all started with religion.

Gibb met Chad a few years ago when he was speaking at a religious conference in Utah. It was there he spoke of his spiritual dreams and visions. Gibb met him at the end of the conference and she "thought he was a nice guy."

In 2018, Gibb met Lori while teaching a church class in Arizona. After the class, Lori approached Gibb and shared some of her personal spiritual experiences. Gibb said the two became instant friends and would continue to spend a lot of time together over the next several months.

A few weeks after meeting Lori, the two traveled together to a conference in St. George, Utah. Chad was speaking at the conference and doing a book signing. Lori approached him and, according to Gibb, the two "hit it off."

Not long after that, Chad was in Arizona for another event. He and Gibb were invited by Lori to stay at her home. Gibb said their conversations were definitely "different" and often very personal.

“He was teaching us about some of his understandings about multiple lives and things of that nature," she said. "At that point, he had already shared with her [Lori] when they met in St. George that they had been married multiple times before,” Gibb told East Idaho News. “Not in this Earth life but in multiple Earth lives.”

According to Gibb, Lori and Chad believed they had lived multiple past lives. Chad had lived 31, while Lori had lived 21. Both claimed to have lived five past lives on this Earth.

She also describes a so-called "sacred portal" Chad made in Lori's closet so they could communicate together spiritually.

Gibb could see the budding relationship but both were married to other people at the time. Lori was still married to Charles Vallow and Chad was married to Tammy Daybell - which Gibb addressed with Lori.

“I did offer the idea like why you don’t just get a divorce? And they were told they weren’t allowed to,” she said. “It was something they received from the other side of the veil, was how they would speak about it.”

When asked how Lori's marriage to Charles was, Gibb said it seemed the couple would often argue, but she never saw Charles lose his temper or become irate or angry with his wife or kids. She did witness Lori get upset though.

“Like vocally I could see her being upset,” Gibb said. ”And he may have been frustrated back so he might have had a little bit of stress in his voice like you do when you argue.”

Gibb said Lori and Chad continued to communicate every day and that Lori even had a separate phone which she used only to talk to Chad.

This is Gibb's first time speaking publicly about the case. She told East Idaho News she's been in hiding since December when police announced JJ and Tylee were missing. That's because she "had all kinds of fears" and "wasn't ready to speak out."

But now, she is facing her fears because she believes the innocent victims affected by this case deserve justice and the truth.

KTVB first reported her involvement in the case back in February. According to a probable cause affidavit, Gibb told investigators in late November that Vallow and Daybell told her to tell police she had JJ, even though that wasn't true. Police say by the next day, the couple had left the Rexburg area.

East Idaho News will release part two of the interview with Gibb on Wednesday morning.

Lori is currently in the Madison County Jail on $1 million bond. She is facing multiple charges, including child desertion. She is expected back in court in July.