The mother of two missing Idaho children is due in a Rexburg courtroom on Friday to face child abandonment charges. 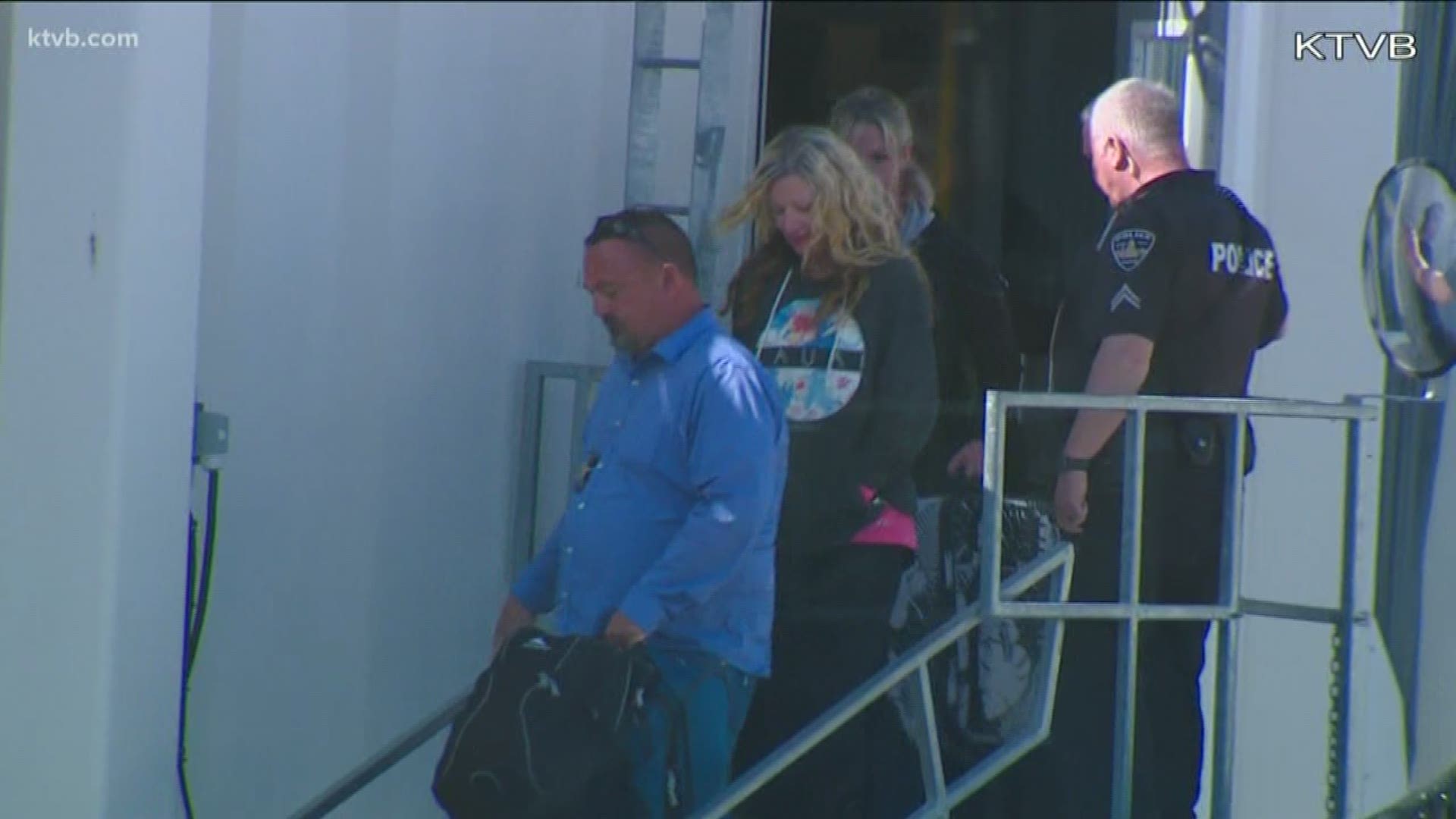 BOISE, Idaho — The mother of two Idaho children missing since September, was booked into the Madison County Jail Thursday evening, hours after being extradited back to Rexburg.

Lori Vallow faces charges connected to the disappearance of 7-year-old JJ Vallow and 17-year-old Tylee Ryan, who vanished after moving with their mother to Rexburg from Arizona. She is charged with two felony counts of desertion and nonsupport of dependent children, as well as misdemeanor charges of resisting or obstructing officers, criminal solicitation to commit a crime, and contempt of court.

Vallow arrived at the Boise Airport Thursday afternoon after traveling overnight from Kauai, where she was arrested last month.

Vallow - dressed in black pants, pink shirt and a black jacket instead of a jail uniform - was escorted off the plane just before 2:30 p.m. by plainclothes law enforcement officers and put into a waiting SUV on the tarmac.

After her arrival in Boise, Vallow flew to Rexburg on an Idaho State Police-owned plane operated by the Idaho Transportation Department, according to a spokesperson from Idaho Gov. Brad Little's Office.

She arrived at the Madison County Courthouse at about 3:45 p.m. Thursday in a white cargo van, which pulled into a sallyport at the facility before unloading the defendant.

Her booking photograph was released that afternoon.

Earlier Thursday, Vallow was spotted at LAX in Los Angeles as authorities escorted her on the tarmac.

The case has garnered national attention and has drawn multiple media outlets to Rexburg, many of whom waited outside the courthouse for a glimpse of Vallow Thursday. Several local residents, who said they have been following the case, also stopped by the facility after Vallow's arrival.

The woman was ultimately booked into the Madison County Jail just before 9 p.m. Jail staff drove her across the parking lot to the jail facility in a white van, shielding her from sight.

While Vallow was being extradited to Idaho, authorities asked the public to help with a search for JJ and Tylee. Tylee was last seen in Yellowstone National Park on Sept. 8, 2019, and the FBI and Rexburg police are seeking any videos or photos that park visitors might have taken of the children.

Vallow is scheduled to make her first appearance in Idaho court on Friday. Her lawyers have indicated that they will ask the judge to reduce her bond, currently set at $5 million.

Watch below: Lori Vallow is escorted in an SUV at the Boise airport. 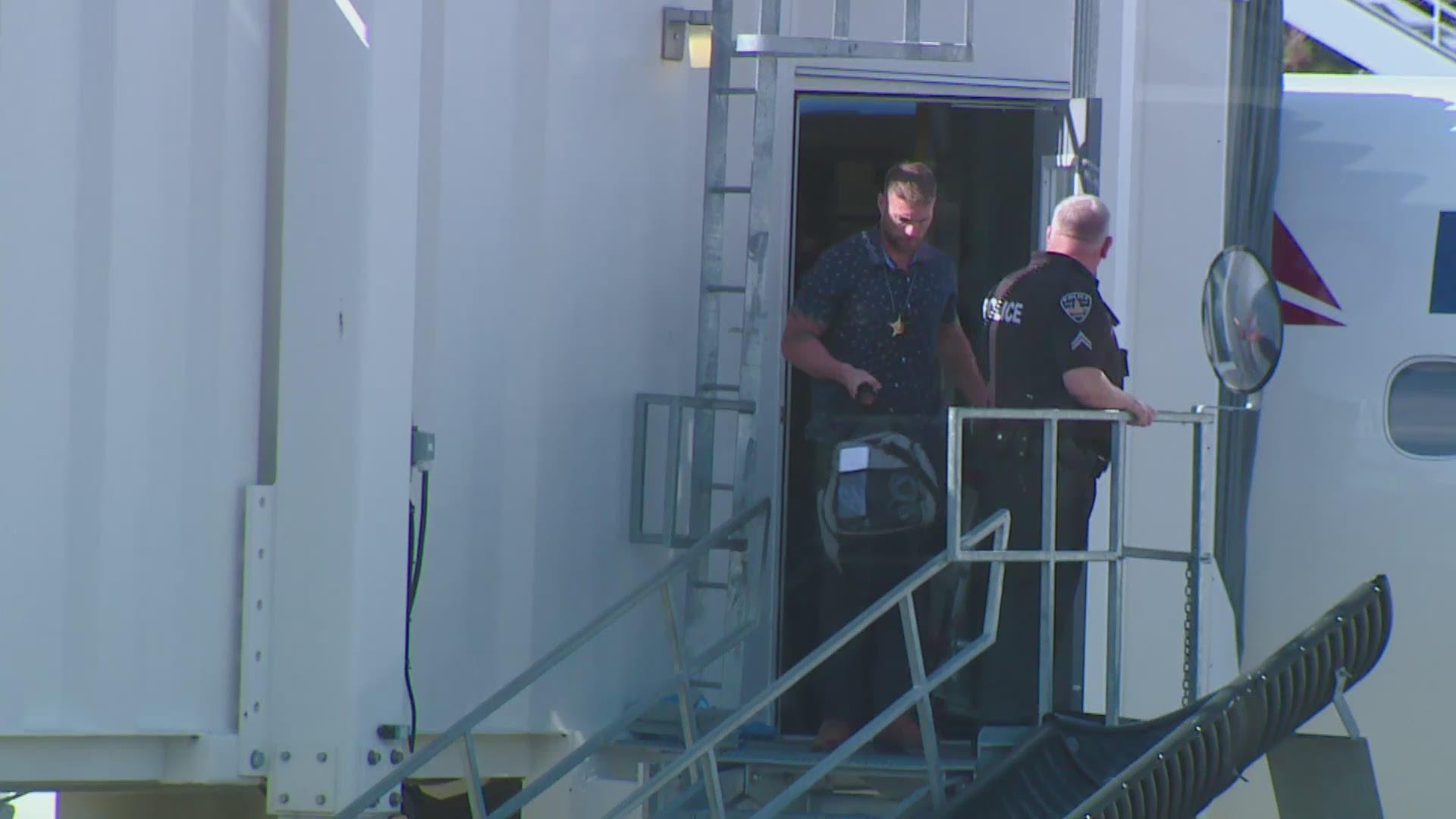 Vallow was arrested in Hawaii in February in connection to the disappearance. Last week, she waived her right to an extradition hearing.

Vallow and her new husband, Chad Daybell, have repeatedly refused to tell law enforcement what happened to the children. Daybell is not charged criminally in the case.

Lori Vallow's initial arraignment is set for 2 p.m. Friday at the Madison County Courthouse in Rexburg. We'll live stream the appearance on KTVB.COM and on our YouTube Channel. We'll have a live blog with real-time updates from Rexburg.