The mother of two missing Rexburg kids tried to get her bond reduced from $1 million. 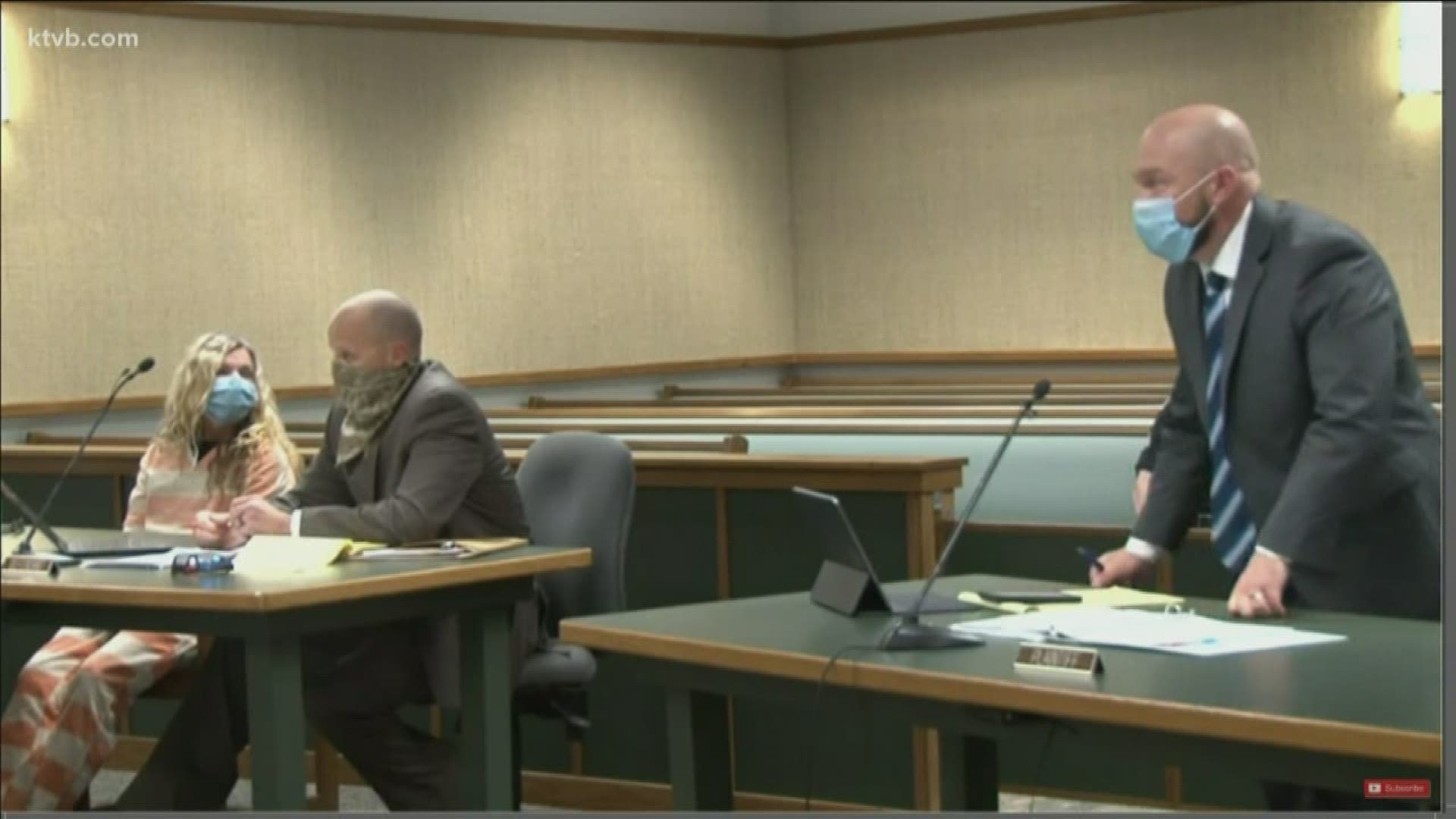 The bond reduction hearing went on for well over two hours, with Lori Vallow's defense attorney claiming that their phone calls were recorded and somehow passed along to prosecutors and that prosecutors filed affidavits so late on Thursday that the defense could not prepare for what they included.

Vallow's children, 7-year-old JJ Vallow and 17-year-old Tylee Ryan, have not been seen since last September.

In January, a judge ordered Vallow to produce her children to authorities, but she did not. She was arrested in Hawaii and brought back to Idaho to face charges of desertion of a minor, resisting or obstructing officers, criminal solicitation to commit a crime and contempt of court.

Her bond was initially set by a judge in Hawaii at $5 million. But was later reduced by an Idaho judge to $1 million on March 24. After Vallow's court appearance in Madison County in March, Judge Faren Eddins disqualified himself at the defense's request.

This hearing was originally set for April 17 and 24 but was delayed due to the ongoing coronavirus pandemic.

"Idaho criminal rule is the standard that I must apply to my decision today on this motion and it states the court may reduce the existing bail if the court finds good cause to reduce court may enter order reducing bail," Judge Mallard said at the beginning of the hearing.

Vallow defense argued that the prosecutors did not file affidavits until the day before her court appearance and could have filed a motion for the affidavits in the 38 days before Friday's hearing, which her attorney wants those documents stricken from the record.

"The prosecution cannot claim they had a lack of notice or any kind of response needed in this case, when you look at filing you have a total of 18 pages, ten of those pages are single-spaced affidavits that were filed yesterday," Mark Means, Vallow's defense attorney, said. "Here we have specified an objection that raises whole new arguments that were not mentioned in the previous objection filed back in on the seventh of April."

RELATED: 'I would have thought there would be answers about JJ and Tylee by now': Dateline airing part two special on missing Rexburg kids Friday

The state's prosecutor said that the state did give the defense and the court enough notice about the newly submitted documents in a timely manner and notified everyone involved about it.

"It's not like I filed a mass of treatises on bail reductions," the prosecutor said. "I filed two affidavits and a response and the reason, quite frankly, why the defense is arguing so viciously to this is because they've been caught filing misleading statements to the court."

The judge said Means' argument is something that she's never seen before.

"Well, Mr. Means, what I will say is in my many years of practicing in criminal courts in eastern Idaho, I have never heard your argument and have never seen that in practice that someone has to give evidence that they are going to or has to file a notice or call witnesses or put on evidence at this time of the proceeding, only at trial have I ever seen that enforced," she said.

After two and a half hours, Judge Mallard finally ruled that Vallow's bond reduction is denied on the basis that there is no evidence of Means' claims.

"On that basis, I am denying the motion for bond reduction because I cannot find any good cause to reduce bond further than it already has," she said. "And I would invite Mr. Means to consult with local defense attorneys, who I am sure have come up with alternatives during this time and then also have a long track record of dealing with Madison County Jail. I'm aware that different jails can have very different procedures and I'm confident that there're a number of defense counsel in Madison County that would be willing to talk to Mr. Means about ways to surmount any virus problems at the jail."

While Vallow's bond reduction was denied, her new husband, Chad Daybell, is still a free man and has yet to be charged with any crimes.

However, the Idaho Attorney General has taken over the investigation into Vallow and Daybell for attempted murder and conspiracy in relation to Tammy Daybell's death. Tammy Daybell was Chad Daybell's previous wife, who died and died under suspicious circumstances in Fremont County last October. Her body was exhumed in December after investigators ruled her death suspicious.

Also, coming up Friday night on KTVB NewsChannel 7, NBC Dateline is airing part two of its investigation into the disappearance of Lori Vallow's children. The Dateline segment airs at 8 p.m. MT.