JJ Vallow and his sister Tylee Ryan, from Rexburg, have been missing since September. 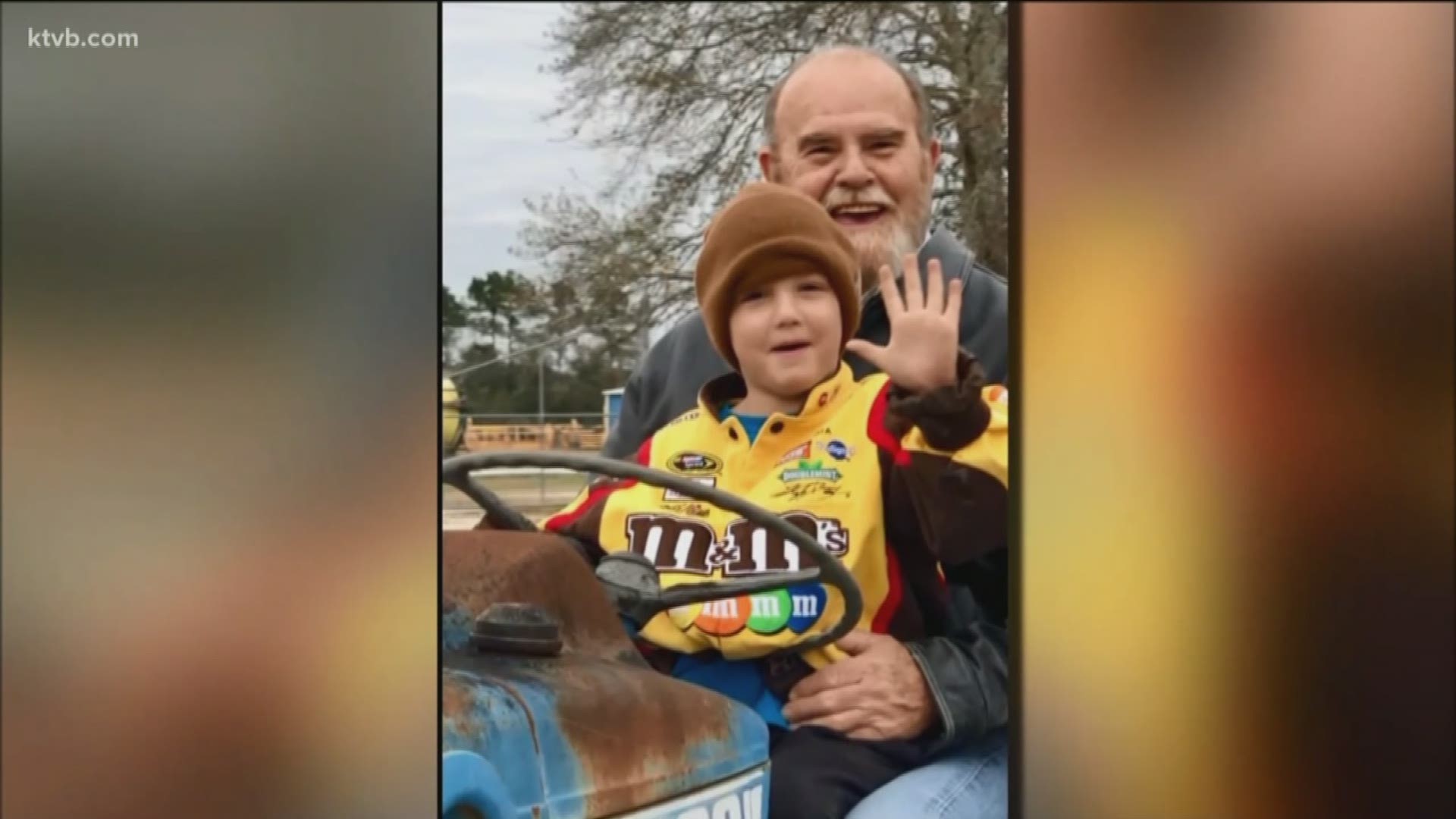 BOISE, Idaho — It's been eight months since Joshua "JJ" Vallow and Tylee Ryan, from Rexburg, went missing. Both kids vanished in September and there's been no sign of them since.

While the search continues for JJ and Tylee, family members took a moment on Monday to honor JJ's eighth birthday.

Several family and community members posted online tributes to both JJ and Tylee, hopeful the children might somehow see them.

Their older brother, Colby Ryan, posted a YouTube video telling both of his siblings how much he loves and misses them.

"I'm praying that we make it through this as a family," Ryan added. "I'm always here for you, I always want you both to know that and I love you so much."

In honor of JJ's birthday, Ryan also reflected on memories of his younger brother. He spoke of how happy JJ always was and how that impacted those around him.

JJ's grandmother, Kay Woodcock, also took to social media. She posted a video asking others to put JJ as their Facebook profile picture over the weekend to honor her grandson.

"We're always thinking of JJ – it never goes away," she said.

Woodcock spoke about how so many things in their Louisiana home reminded the grandparents of JJ.

"There’s JJ remembrances all over this house - from his pictures he drew for us on the refrigerator to the sticky notes he wrote and stuck to the walls," she said.

Another key reminder of JJ in the home is his stuffed animals, for whom he would put on concerts.

“You see, his friends were his audience," Woodcock said. "He would place them in front of him and play his drums to his heart’s content. It was the most precious thing to witness as his imagination never stopped."

Woodcock ended the video with hope, looking forward to the day when JJ will come home.

Brandon Beaudreaux, the ex-husband of JJ and Tylee's aunt Melanie Pawlowski, also had a tribute for the kids, sharing a poem he'd written about them.

With phrases such as "Unite us all across the globe, a passion you'd ignite" and "We're here now and we won't quit," the poem talks about how much the children are loved - and how nobody is giving up the fight to get them back.

The Rexburg Police Department posted on Facebook, sending their birthday wishes to JJ and reminding the public to contact them with any information they may have on the investigation.

A public vigil was also held Monday night in Rexburg in front of JJ's elementary school to celebrate his birthday.

JJ and Tylee were reported missing in September after their grandparents asked for a welfare check.

Their mother, Lori Vallow Daybell, was arrested in February on multiple charges, including child desertion. She is currently being held in the Madison County Jail on $1 million bond. Since the beginning of the investigation, she has been uncooperative with law enforcement and has provided no answers about her children.

Anyone with information about the case should contact the Rexburg Police Department at 208-359-3008.

POPULAR: 'I would have thought there would be answers about JJ and Tylee by now': Dateline airing part two special on missing Rexburg kids Friday