A look at Lori Vallow's religious beliefs; attorney wants judge off the case

KTVB spoke with an independent scholar who studies Mormon fundamentalism and Mormon groups not part of the Church of Jesus Christ of Latter-day Saints. 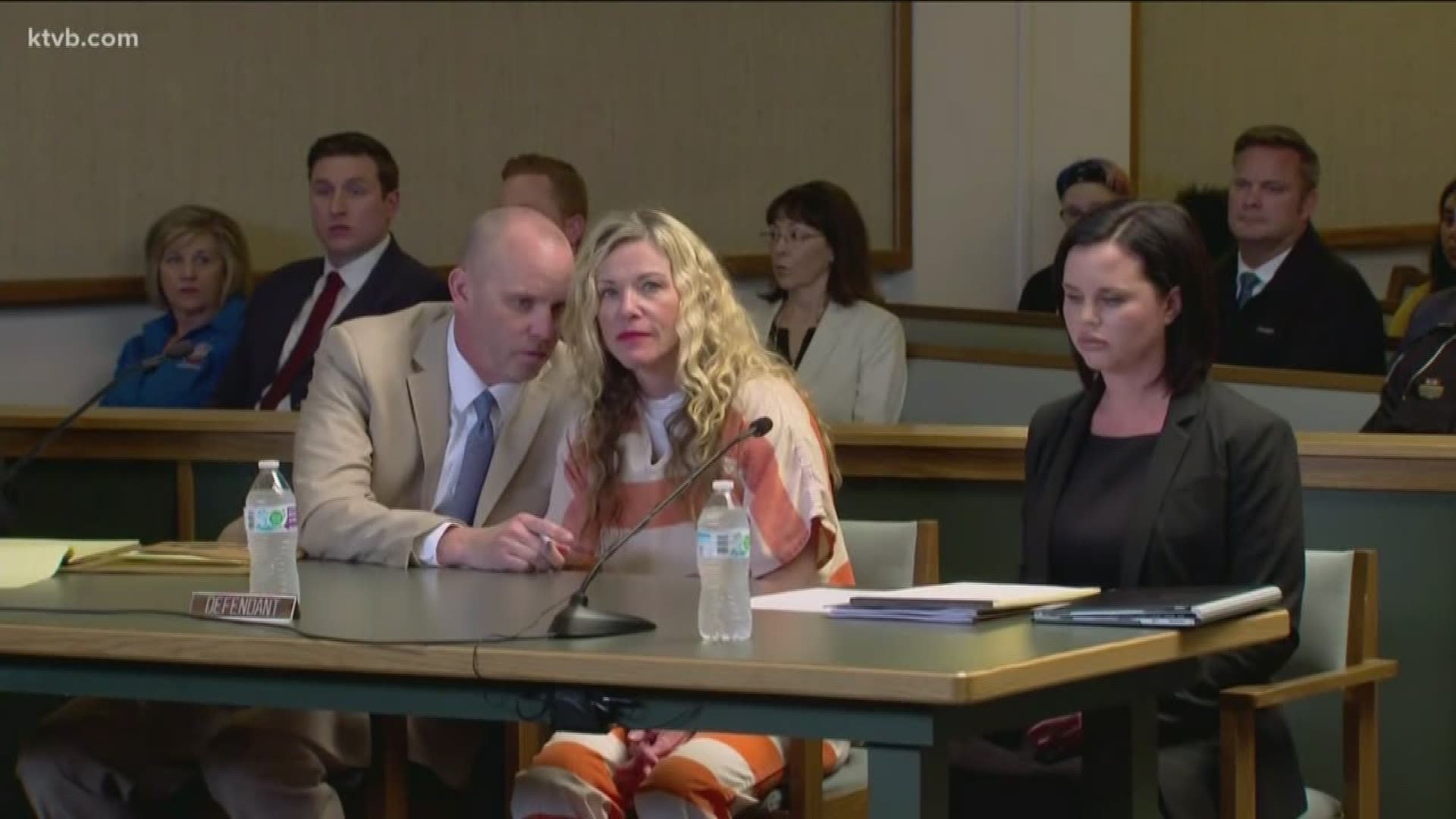 One is a request to postpone the preliminary hearing for Lori Vallow (aka Lori Daybell), scheduled for March 18 and 19 until May, citing both sides need "more time to exchange and review discovery."

In the other motion, Vallow's attorney asks that the judge presiding over the case be removed. Madison County Prosecuting Attorney Rob Wood filed an objection to that motion.

Vallow's attorney's responded to the objection, this time with a motion for disqualification for cause -- stating that any party to a case may disqualify a judge for cause if “the judge is biased or prejudiced for or against any party or that party's case," according to court documents.

According to Vallow’s defense team, Judge Faren Eddins is currently presiding over the child protection action in connection with this case.

RELATED: Lori Vallow's attorney requests judge to be removed, hearing to be postponed

KTVB spoke with criminal defense lawyer and former Attorney General David Leroy. He said Judge Eddins makes the final decision on whether he will recuse himself from the case or appeal the motion. That decision, Leroy adds, depends on whether the judge thinks he has the ability to be impartial.

This comes as KTVB is getting a more in depth look into the religious beliefs of Vallow and her new husband.

“Chad Daybell and Lori Vallow, for the most part, are Mormon,” Dr. Cristina Rosetti said.

Rosetti has a PhD in religious studies and is an independent scholar who studies Mormon fundamentalism and Mormon groups that are not part of the Church of Jesus Christ of Latter-Day Saints.

Rosetti said Mormonism in general has more than 400 different groups or churches that fall under the title of Mormon. She said some have things in common and some don't, but Mormonism is not the same as mainstream beliefs of the Church of Jesus Christ of Latter-day Saints.

She shed light on Vallow and Daybell.

“In general they are a couple that believes in preparing, so the 'prepper movement,' but they've also talked about the 'church of the first born,' the 144,000 and the end times, so they have a very strong focus on the end times and the last days,” Rosetti said.

Some are questioning why the couple was still attending church services if they didn't share the same beliefs, which Rosetti addressed.

“There is a long history of Mormons who kind of believe in additional things or  different things from the institutions still attending LDS church, and there's also a tradition of fundamentalist Mormons who are part of separate institutions and separate churches, continuing to attend LDS church and going to the temple being full participants,” Rosetti said.

KTVB reached out to the LDS church in February. The church did not want to comment on the case.

Vallow's kids have been missing since September. She remains in jail on $1 million bond.