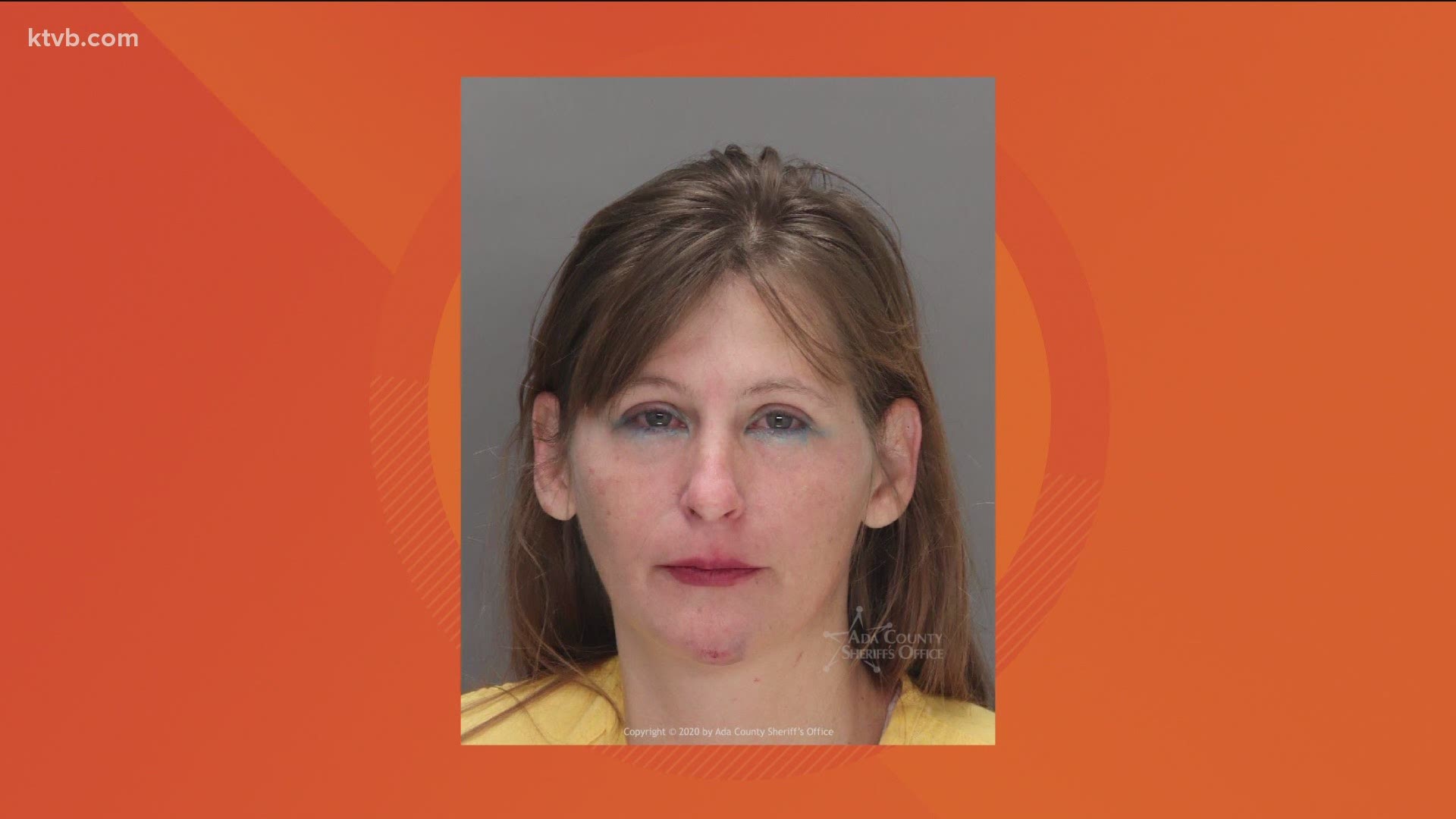 MERIDIAN, Idaho — A California woman is in custody at the Ada County Jail after attempting to evade officers during a DUI investigation, ultimately running over a Meridian police officer with her car.

On Wednesday night, Meridian officers responded to a report of a potential drunk driver. Officers located the driver and stopped the vehicle near Locust Grove and Chinden. During the stop, Green would not cooperate with officers and refused to leave her vehicle.

Green attempted to evade officers and ultimately struck an officer with her vehicle, forcing other officers to fire at her. She was ultimately stuck in the arm.

Green was able to escape the initial stop but was stopped after an officer rammed her vehicle, putting an end to the pursuit. Officers also attempted to stop her using spike strips and a PIT maneuver, both of which were unsuccessful. She was taken to a nearby hospital, treated for a gunshot wound to the arm and booked into the Ada County jail on two felony counts of Battery on a Police Officer and Eluding a Police Officer, and two misdemeanor counts of Driving Under the Influence and Resisting and Obstructing.

The officer ran over by Green was taken to a local hospital for multiple injuries, but has since been released.

Evidence suggests two officers fired their weapons. The incident is under investigation by the Ada County Critical Incident Task Force.

A spokesperson for Meridian Police says Green does have an address in Twin Falls but drives with a California driver's license.