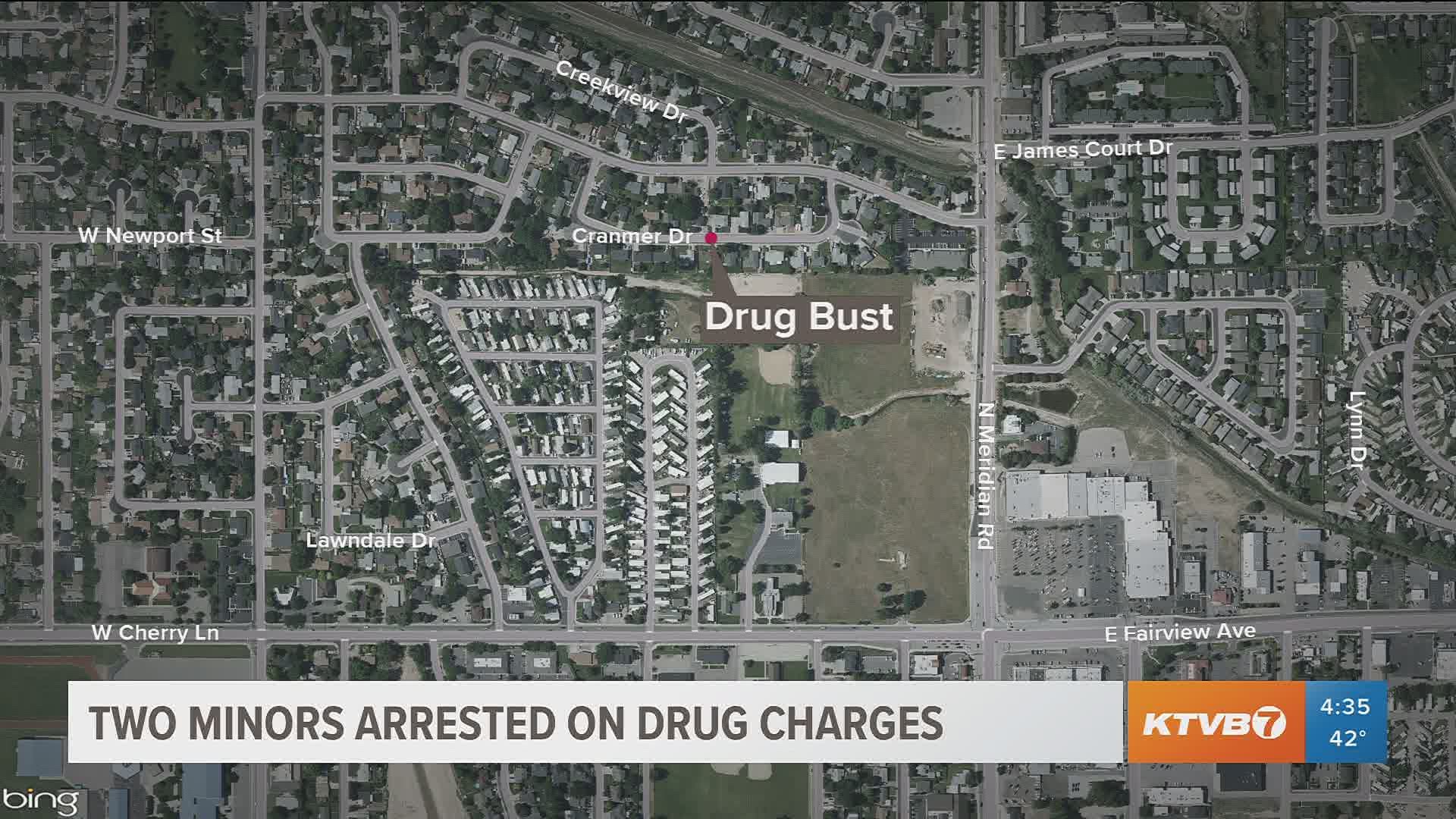 Meridian police say they responded to a vandalism report on the 300 block of W. Cranmer Drive in Meridian just before noon Wednesday. That's near the area of Meridian Road and Cherry Lane.

While investigating, police say they smelled marijuana coming from a residence.

When they searched a home, police found 3,200 Xanax pills, .5 ounces of cocaine, over 2,200 doses of LSD and over 40 rolled marijuana cigarettes.

Officers also found a firearm, multiple paraphernalia items and over $2,300 in cash.

They are charged with four felonies and multiple misdemeanors.