The chase down I-84 ended in a crash after an officer put out spike strips. 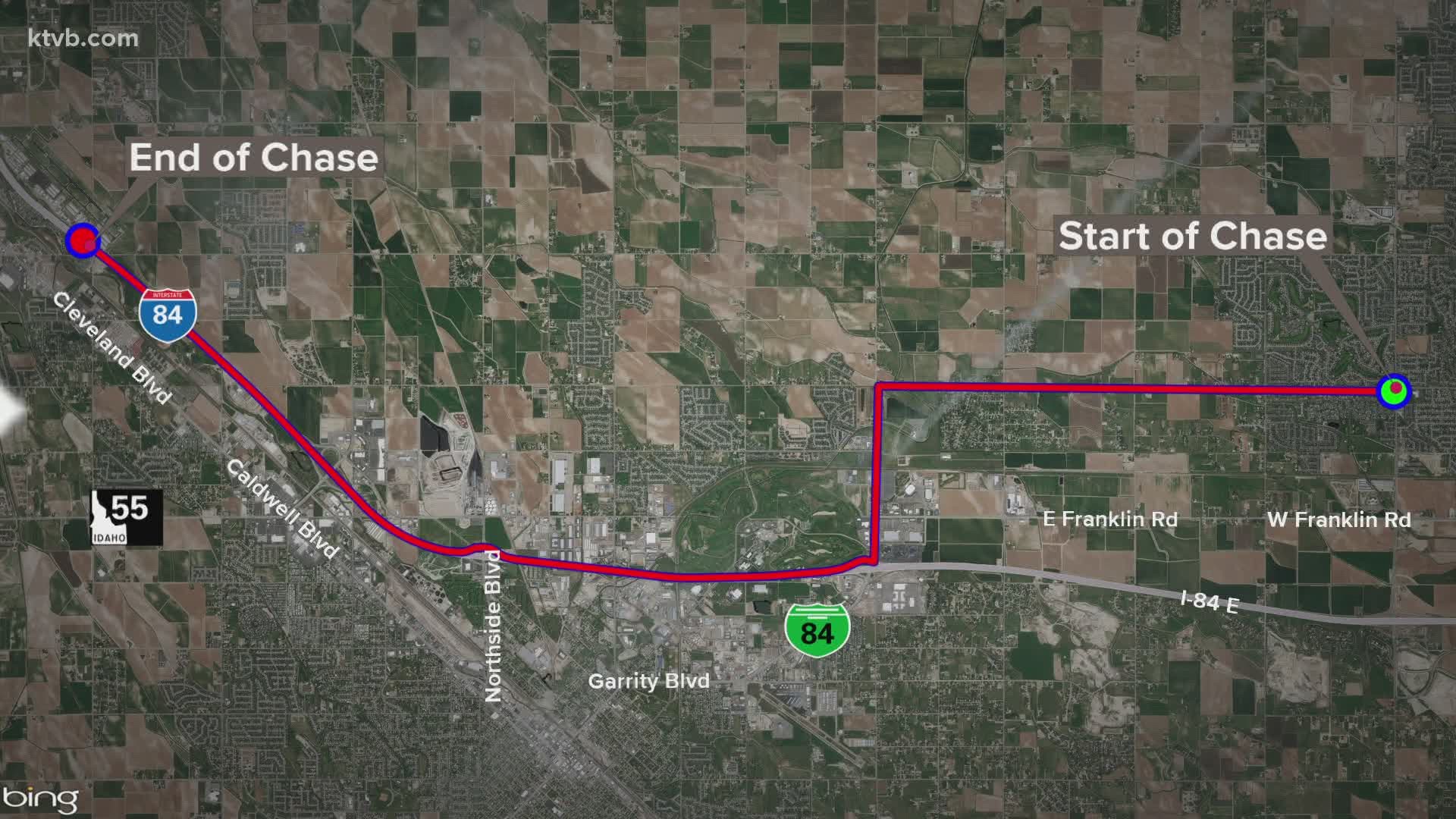 MERIDIAN, Idaho — A man is facing charges after Meridian Police say he led officers on a pursuit down Interstate 84.

Derek D. Besse, 44, was arrested for one count of felony eluding after the chase ended in a crash Tuesday evening. He was also wanted on three felony warrants out of Ada County, investigators say.

The chase started after an officer tried to pull over Besse's white Dodge Ram 1500 pickup near the Cherry Lane and Ten Mile intersection at about 5:50 p.m. According to police, the traffic stop was connected to a reported battery earlier in the day.

RELATED: Driver in 'medical distress' prompts police chase on I-84

Instead of pulling over, however, Besse drove away, hitting speeds of 80 mph before turning south on Can Ada Road and getting onto the westbound interstate, police say.

Officers say Besse stopped near milepost 35 to let a female passenger out of the pickup, then continued fleeing westbound. A Nampa Police officer put out spike strips, which Besse hit, deflating one of the pickup tires.

The driver ultimately lost control, crashing into the ditch near milepost 29.

Besse was taken into custody and brought to a local hospital for treatment. His injuries are not life-threatening, according to police.

Once he is treated and released from the hospital, Besse will be booked into the Canyon County Jail.

"The Meridian Police Department would like to thank Nampa Police, Caldwell Police and Idaho State Police for their help in safely apprehending the suspect," Meridian Police wrote in a press release.