As part of the plea deal, Josiah Colt admitted he obstructed the electoral vote certification on January 6 and agreed to cooperate with government agents. 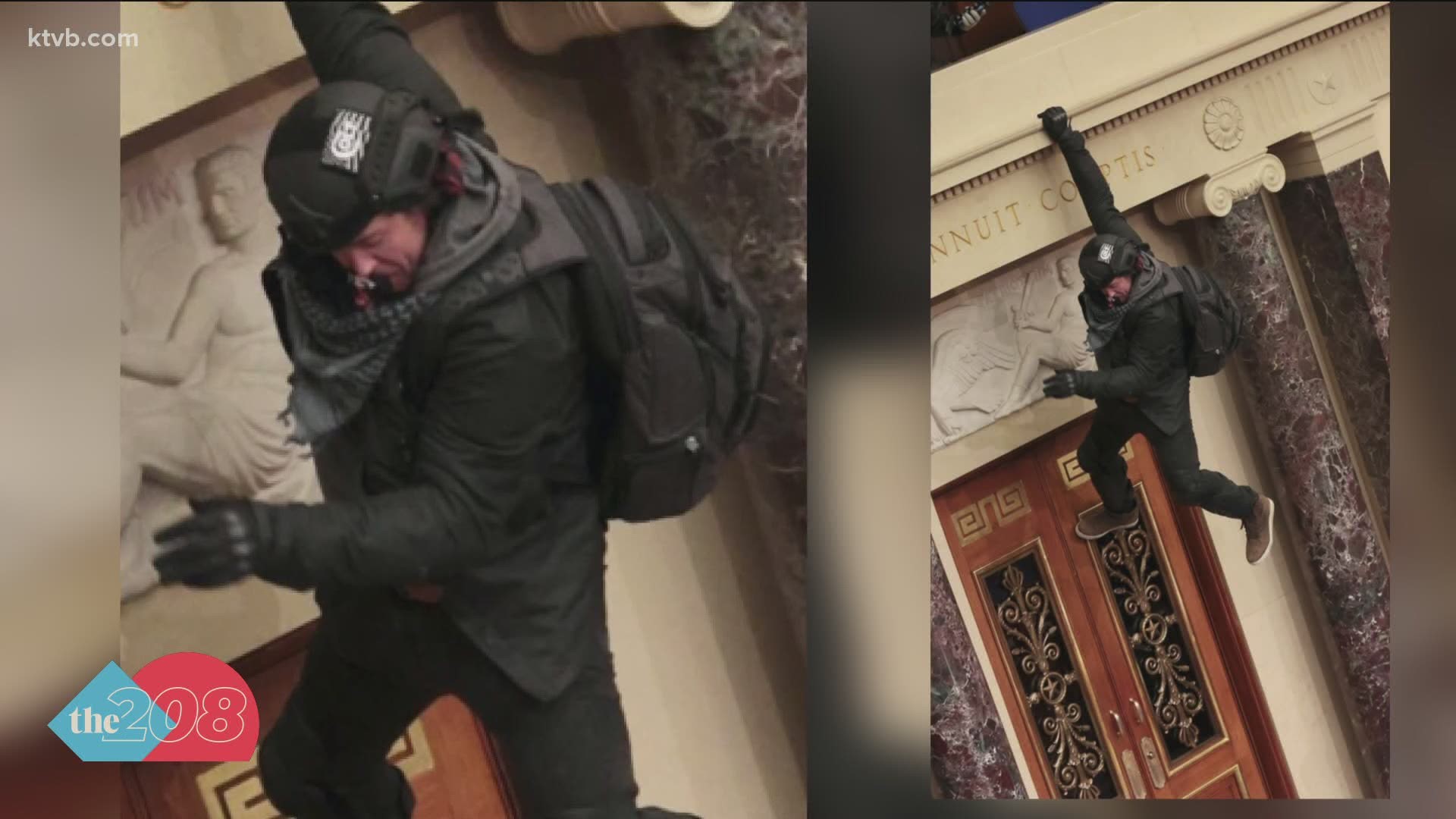 WASHINGTON, D.C., USA — Editor's note: The video posted above is from January 13, when Josiah Colt was released from the Ada County Jail, and a day after he turned himself in on a U.S. Marshal's warrant.

A Meridian man photographed climbing into the U.S. Senate chamber and sitting in the vice president's chair during the January riot at the U.S. Capitol has pleaded guilty to obstructing an official proceeding - specifically, the joint session of Congress certifying Electoral College votes and the election of President Joe Biden.

Josiah Colt, 34, entered the plea on Wednesday afternoon in a videoconference with Judge Thomas F. Hogan of the U.S. District Court for the District of Columbia.

As part of the agreement, three other counts in the indictment against Colt were dropped. The Idahoan also agreed to cooperate with government agents investigating the attack on the U.S. Capitol.

Colt was one of several hundred people who forced their way into the Capitol the afternoon of Jan. 6 as both chambers of Congress were certifying the Electoral College votes - a process officially making Biden the president-elect. The crowd had been participating in a "Stop The Steal" rally, in support of former president Donald Trump, who continues to claim falsely that he actually won the 2020 election.

Two men from Nevada are accused of conspiring with Colt, and meeting up with him before storming the Capitol. Colt could potentially testify against the men, Ronald Sandlin and Nathaniel DeGrave, who have been charged individually in the case.

A photograph of Colt dangling from the Senate balcony went viral during coverage of the Capitol riot. After jumping onto the Senate floor from the balcony, he sat in the seat reserved for then-Vice President Mike Pence. In a video posted on social media, Colt mistakenly said he sat in House Speaker Nancy Pelosi's chair.

The statement of facts read in Wednesday's hearing mentioned a social media post by Sandlin, showing Colt in bed in a Tennessee hotel, lying down with a pistol and wearing a face mask. The accompanying caption stated that Colt was "sleeping ready for the boogaloo Jan. 6th."

"Boogaloo" is a slang term referring to a second civil war.

Before saying for a final time that he wished to plead guilty, Colt said the post was "kind of a joke."

"One, I didn't know what (boogaloo) meant. Two - i feel that was taken a little bit out of context," he said.

The maximum sentence for violating the federal law against obstructing, influencing, or impeding an official proceeding is 20 years in prison and a $250,000 fine, but Colt will likely receive a less-severe sentence. In Wednesday's hearing, Judge Hogan said sentencing guidelines call for 51 months to 63 months in prison.

The date for Colt's sentencing has not been set. Judge Hogan set a status hearing for October 18, after federal prosecutors requested time to determine the extent to which Colt cooperates with the government.

Colt is still in Idaho and out of jail. Charles Peterson is his defense attorney.

Colt was one of two Capitol riot defendants to plead guilty Wednesday. At the same time as his hearing, Danielle Doyle, of Oklahoma, appeared before a second federal judge to enter a guilty plea to one count of parading, demonstrating or picketing in a Capitol building – a misdemeanor charge with a maximum sentence of up to 6 months in prison.

Sixteen Capitol riot defendants have now accepted plea deals in the case, including four defendants who agreed to plead guilty to felony charges.