Months after investigators say her two children were buried in the yard of her new husband, Lori Vallow assured a friend that her children were safe and happy. 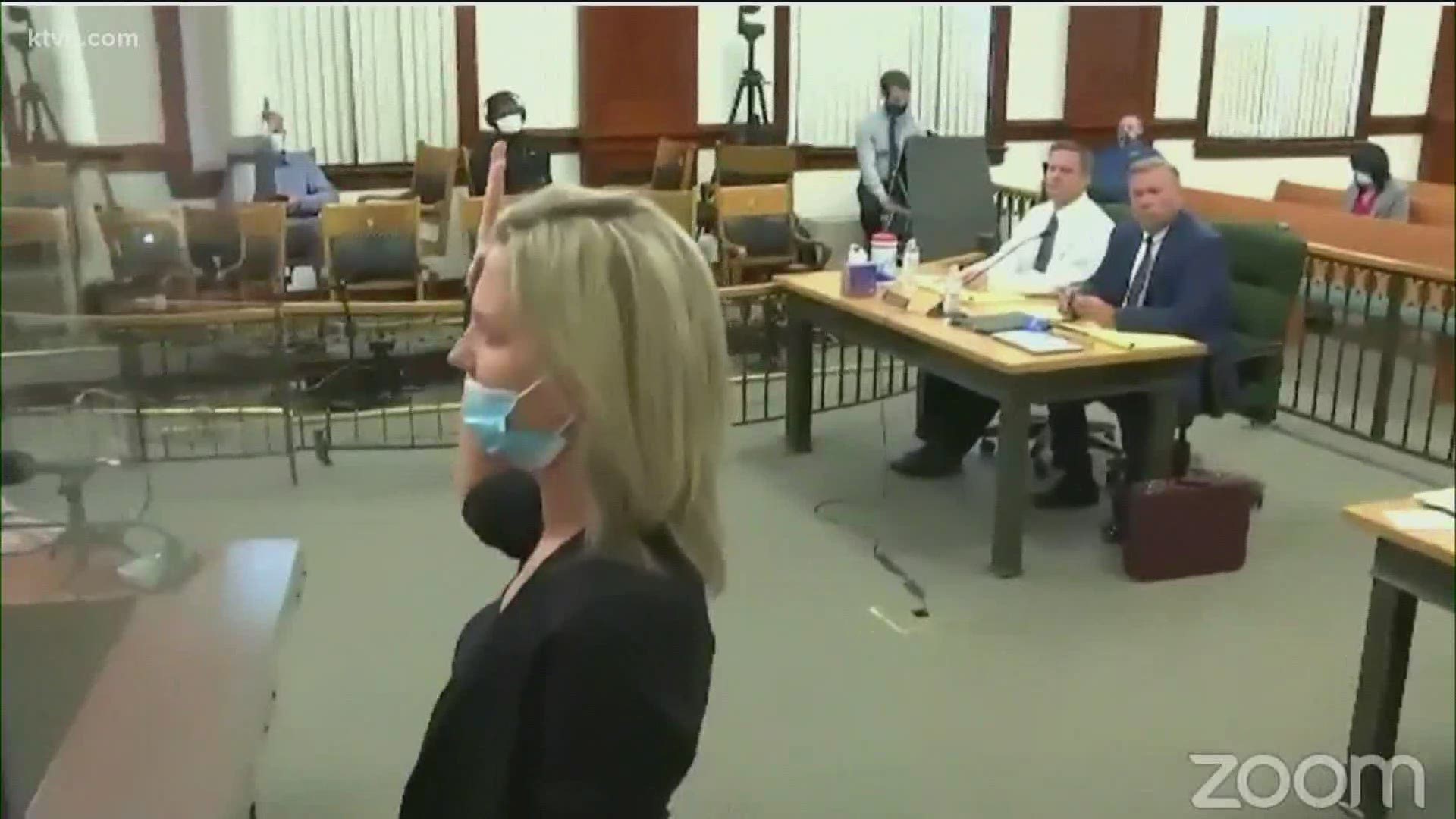 REXBURG, Idaho — Months after investigators say her two children were buried in the yard of her new husband, Lori Vallow assured a friend that her children were safe and happy, saying that the police were working "in some dark capacity" with those who were trying to bring her down.

The call between Lori Vallow, Chad Daybell, and their friend Melanie Gibb was made Dec. 8, 2019, after the couple had fled Idaho for Hawaii in the wake of a police investigation into the children's whereabouts.

Gibb, now a major witness for the prosecution, testified Monday that she recorded the conversation after what she described as growing concern for the welfare of Lori's young son.

The boy, 7-year-old JJ Vallow, and his sister, 16-year-old Tylee Ryan, were both found dead on Chad Daybell's property in June. Tylee's body had been burned, while JJ was found bound with duct tape and wrapped up in plastic.

As she testified during the first day of Chad Daybell's preliminary hearing, Gibb said she confronted the couple after they asked her to lie to the police and tell them that JJ was with her in Arizona.

When she asked on the call where the child actually was, Chad Daybell and Lori Vallow told Gibb that knowing his location could put her in "a bad position."

"I know exactly where he is, he's perfectly fine," Vallow assured her friend.

Lori Vallow had previously told Gibb and others that her teenage daughter was attending classes at Brigham Young University-Idaho, but an official from that college says records indicate she never applied or attended the school.

In the recording, Lori Vallow says that she is doing what God has told her to do. Gibb responds that she thinks the devil is misleading Lori.

"Tammy dies and then your husband dies, and then [JJ] is missing - it just doesn't sound like God's plan to me," Gibb said, referring to Chad Daybell's late wife, who died after the children disappeared in September and weeks before Daybell and Vallow married on a beach in Hawaii.

"It doesn't feel right. I don't have peace about it. I never have felt 100% peace about it," Gibb continued. "I've always felt a little weird in my stomach about these things."

Chad Daybell chimes in on the call, telling Gibb not to be fooled by the "conspiracy theories" floating around about his former wife's death, and adding that he always knew she would die young.

"Tammy had been getting weaker and sick. I begged her to go to the doctor," Chad says. "She just passed away, that's how it happened."

Tammy Daybell's death was originally ruled to be from natural causes, then re-classified as "suspicious." The Idaho Attorney General's Office is currently investigating her death.

No charges have been filed in that investigation. Likewise, neither Chad Daybell nor Lori Vallow is charged directly with killing the children: Instead, both are facing felony charges of concealing evidence or conspiring to conceal evidence in connection to the children's remains.

Throughout the call, and in earlier conversations with police, Lori Vallow says she had to hide JJ away from his grandmother, who she said had threatened her in emails and wanted custody of the boy.

"She does nothing but want to cause me trouble," Lori Vallow told detectives who visited her apartment in November. "So I don't tell people the truth of where we are and what we're doing, because of those reasons."

"I look like a suspect, but I'm a good person," she added.

JJ's grandparents, Kay and Larry Woodcock, sat in the gallery throughout the eight-hour hearing, occasionally wiping away tears or shaking their heads at the testimony.

Tylee, who is not related to the Woodcocks by blood, was last seen Sept. 9 in a photo taken at Yellowstone National Park. Her little brother was last seen the night of Sept 22, while Gibb was visiting Chad Daybell and Lori Vallow in Rexburg.

Gibb said Monday that she saw Lori's brother Alex Cox carrying a sleeping JJ into the home, but when she woke up the next morning, the 7-year-old was gone.

She said that Lori Vallow told her that JJ had been "acting with a lot of energy."

"She recalled him climbing up on the refrigerator, knocking a picture down of Jesus, she said, and then climbing up upon the cabinets," Gibb recalled.

Later, Lori Vallow told her that she had given away JJ to Kay Woodcock in an airport, something both Chad and Lori admitted afterward wasn't true, Gibb said.

Although not addressed in the first day of the preliminary hearing, investigators and those who knew the couple say they ascribed to bizarre religious beliefs, and that Lori Vallow had told people she believed her children had become "zombies," or possessed by evil spirits. Both Lori Vallow and Chad Daybell claimed that they were meant to lead the remaining true believers after the end of the world, which they predicted would happen July 22, 2020 - a date that came and went without apocalypse.

Gibb - who says she connected with the couple over their spiritual conversations - testified that she warned the defendants that their eternal salvation could be in jeopardy with what they were doing. But in the recorded call, Lori Vallow says she is certain that God is on her side, and that it is others who have been led astray by Satan.

"Darkness is knocking on the door all the time, because that's how darkness works with the light," Lori answers. "I promise you, I have done nothing wrong with this case."

The preliminary hearing is set to continue tomorrow morning at 9 a.m.