In a remote part of Oregon, a man chased down a would-be thief until police were able to get to the small town of Harper. 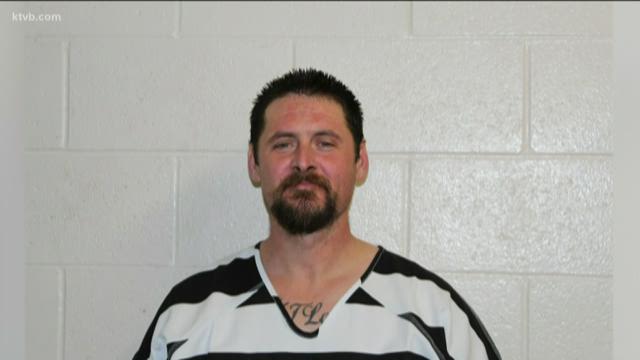 HARPER, Oregon — A man in Harper, Ore., which is in a rural part of Malheur County, took matters into his hands when he saw someone trying to steal from his neighbor.

Normally, law enforcement discourages people from taking matters into their own hands instead of calling the police, but the Malheur County Sheriff said it's hard to fault the Harper man because a small town is in a remote area and has no cell phone coverage.

Sheriff's deputies say it happened when the Harper man saw 40-year-old Joshua Christoffersen loading a neighbor's trailer with a tractor and UTV on New Year's Eve.

"He decided to fire a warning shot into the air and then the suspect fired two shots back toward him," Sheriff Brian Wolfe said.

"At which time he ordered the suspect to the ground at gunpoint, the suspect did not comply," he said.

Christoffersen, who is now out of jail, was originally charged with the unauthorized use of a motor vehicle, unlawful possession of a control substance, and aggravated theft.

"It was kind of interesting because he was released and hadn't been charged with the shooting at the person and some other crimes that he probably will be," Wolfe said. "He was released on his own recognizance he was ordered to report to pro and probation and do day in reporting and he did report in yesterday, on Friday."

As for the neighbor that helped catch Christoffersen, Sheriff Wolfe said he is not likely to face any charges for his actions.

"Everyone hears, call law enforcement don't take matters in your own hands, but in this situation, it's really remote," he said. "Harper is about 30 miles from here and the victim, in this case, knew that response times would be delayed because of the distance and where he was, there was no cell phone coverage and so he didn't have a lot of the options that other people do sometimes."