A Meridian man who dialed 911 to report killing his wife is in custody after officers found a woman dead in the bathroom of his home. 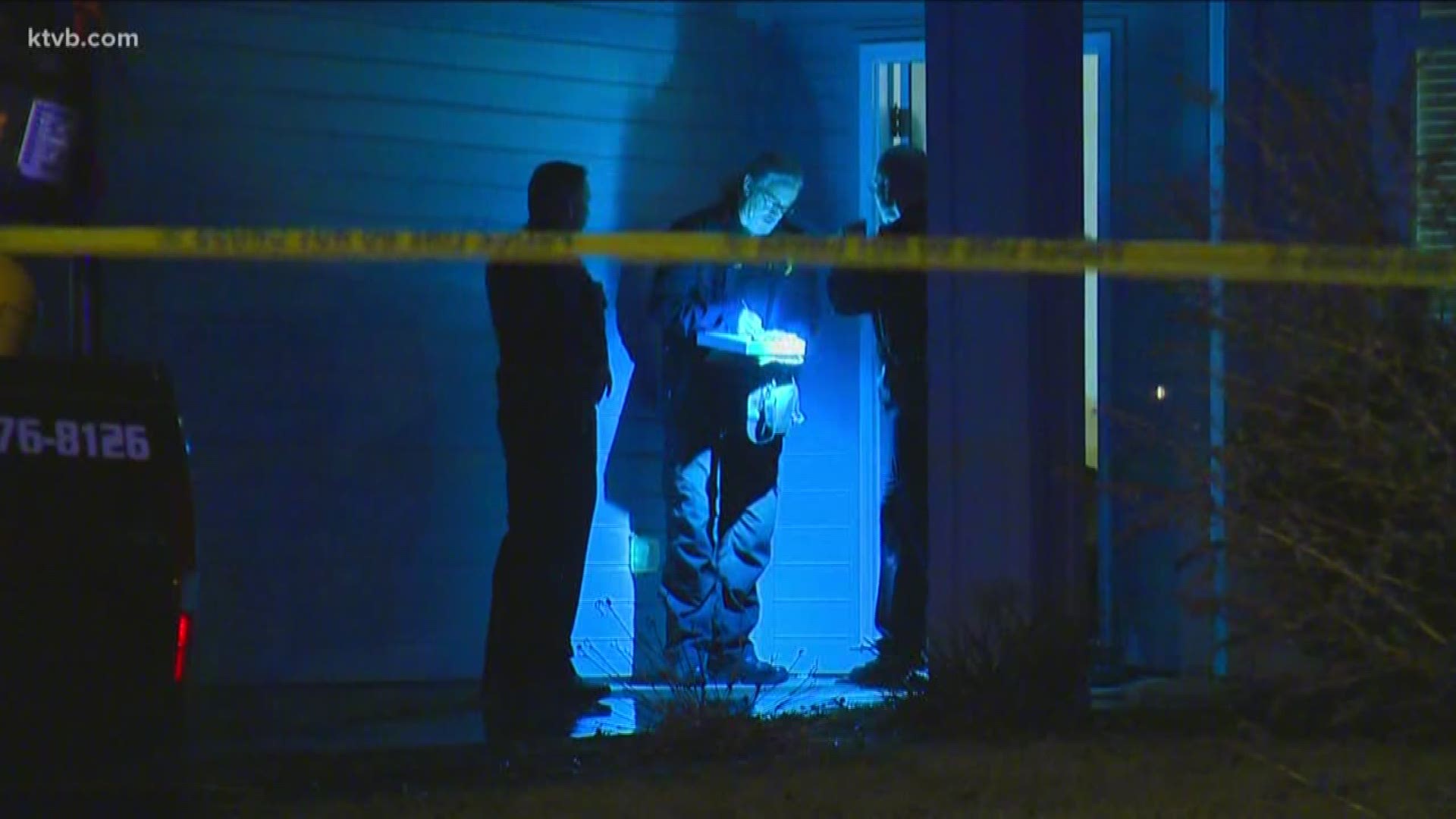 MERIDIAN, Idaho — A Meridian man who dialed 911 to report killing his wife is in custody after officers found a woman dead in the bathroom of his home.

Eric James Steiner, 42, is facing a first-degree murder charge. The statute further specifies that the murder was committed "by poison, torture, vengeance, extortion or sadistic inclinations."

Officers responded to the home in the 500 block of East Chateau at about 9:15 p.m. Tuesday after getting the call from Steiner. The suspect was taken into custody without incident, Meridian Police Lt. Shawn Harper told KTVB.

"We quickly secured the residence and contacted our detectives," he said.

The Ada County coroner has identified the victim as 41-year-old Christine Steiner. An autopsy determined that she died from a gunshot wound to the head.

A 17-year-old girl and a 4-year-old boy were also inside the home when officers arrived, although police have not said whether they were present when the woman was killed.

The victim had been shot to death with a "smaller-caliber handgun," according to Harper, and her body had remained in the home for some time before the suspect turned himself in.

1 / 7
Paul Boehlke/KTVB
A man is in custody after a woman was found shot to death inside a home on East Chateau Drive in Meridian.

"It appears that there was a significant amount of time that went by prior to him calling dispatch to have law enforcement respond," Harper said.

Meridian Police Deputy Chief Tracy Basterrechea said the shooting is being investigated as a "domestic homicide."

Court records show no criminal history for Steiner in Idaho beyond driving-related infractions, and Harper said officers had not been previously sent out to the house for domestic violence calls.

Harper said late Tuesday night that detectives are working to gather evidence and conduct interviews. They planned to work through the night and well into Wednesday, he said.

Steiner was booked into the Ada County Jail and is set to appear in court Wednesday afternoon for an arraignment. If convicted of first-degree murder, he will face up to life in prison or the death penalty.

If you or someone you know are a victim of domestic violence, please reach out for help.