The new felonies suggest prosecutors believe Vallow knew the bodies of both her children were buried on the Rexburg-area property of her new husband. 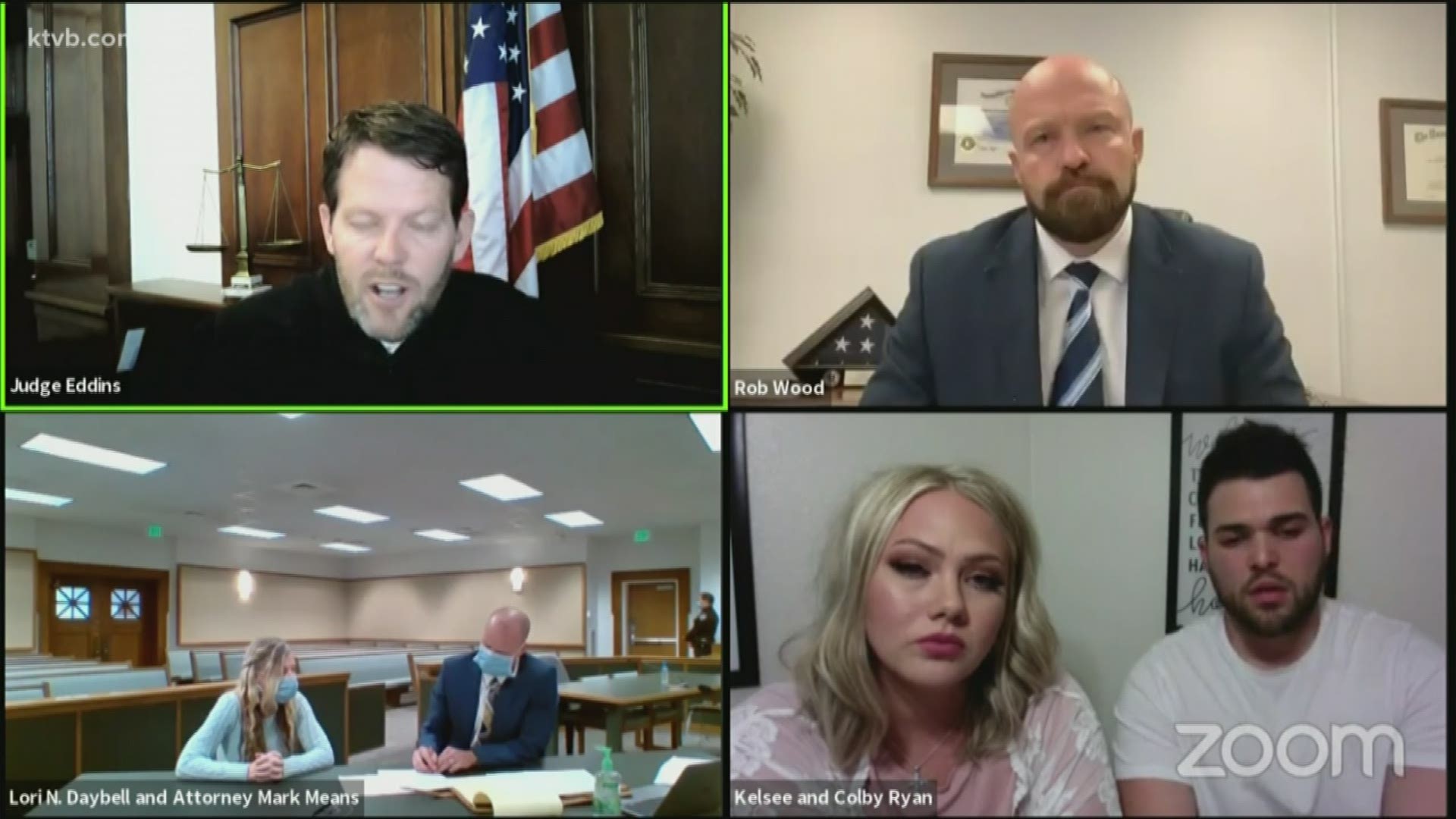 REXBURG, Idaho — Prosecutors have filed two new felony charges each of conspiracy to commit alteration, destruction or concealment of evidence against Lori Vallow and her husband Chad Daybell.

The conspiracy charges suggest that prosecutors believe Vallow knew the bodies of both her children were buried on the Rexburg-area property of her new husband.

Vallow also faces felony charges of desertion and nonsupport of dependent children, as well as misdemeanors for resisting or obstructing officers, criminal solicitation to commit a crime, and contempt of court. Daybell was previously charged with two felony counts of destruction, alteration or concealment of evidence.

The felony charges filed on Tuesday each carry a maximum sentence of five years in prison and/or a fine of $10,000.

The charges allege Vallow, Daybell, and/or someone else concealed or tampered with evidence in connection to the buried bodies of JJ Vallow and Tylee Ryan.

Daybell and Vallow also allegedly contacted Melanie Gibb, a friend of Vallow, "for the purpose of requesting, and or encouraging non-cooperation" with an investigation into the location of JJ and encouraging her to give false evidence of JJ's whereabouts to investigators.

Vallow is also accused of giving police false or misleading information about where JJ was and Tylee's enrollment at BYU-Idaho and her housing situation. Daybell also allegedly misled Rexburg police about his relationship with Vallow on November 26, 2019.

The judge set Vallow's bond for the two new charges at $1 million.

Watch the full video of Vallow's court appearance below:

Vallow is due back in court at 9 a.m. on  Aug. 10 for her preliminary hearing. If the hearing needs more time, she could appear in court on Aug. 11 as well.

Neither Vallow nor Daybell has been charged with killing 17-year-old Tylee and 7-year-old JJ, whose remains were found buried in Daybell's yard on June 9. The children had been missing since September, sparking an investigation that drew nationwide attention.

Officials have not yet released a cause of death for either child. JJ's body was found wrapped in plastic and bound with duct tape, while Tylee's remains had been burned, according to court documents.

Daybell was arrested and charged with two felony counts of concealment of evidence after the remains were discovered.

According to a probable cause affidavit filed in the case, Tylee was last seen in Yellowstone with JJ and Lori Vallow's brother Alex Cox on Sept. 8.

The next day, Alex Cox's phone pinged in the area of the pet cemetery on Chad Daybell's property where the teenager's charred remains were ultimately discovered. That same day, Daybell texted his then-wife Tammy Daybell, telling her that he had been burning tree debris near the fire pit in that area, and that he had shot a raccoon and buried it in the pet cemetery.

JJ was last seen by friends of Lori Vallow and Chad Daybell the night of Sept. 22. According to the probable cause affidavit, Vallow had told her friend days earlier that JJ had become a "zombie" and claimed that the 7-year-old had said he loved Satan.

On the morning of Sept. 23, when asked where JJ was, Lori Vallow said that he had "been acting like a zombie"  and had knocked a photo of Jesus off the refrigerator while crawling on the cabinets. According to the probable cause affidavit, Vallow said that Alex Cox had then come and taken JJ.

Phone GPS information again put Alex Cox at Chad Daybell's property the morning of Sept. 23, but phone records show that he was only there for 17 minutes.

"Due to the depth and width of the 'grave' the body was located in, and the rocks and the paneling found in the grave, it would have been impossible for one person to have dug that grave, placed a body in it, placed the rocks and paneling in the grave, and covered it back up in 17 minutes," a detective wrote in the filing.

Detectives say they believe Alex Cox brought JJ from Rexburg to Chad Daybell's property in Fremont County, although court filings do not indicate whether the boy was believed to be alive or dead at the time.

Alex Cox died in December in Arizona. His death has been ruled from natural causes.

The couple is also being investigated by the Idaho Attorney General's Office for murder, attempted murder and conspiracy in the death of Chad Daybell's late wife, Tammy Daybell. Tammy Daybell died in October weeks before Daybell and Vallow got married on a beach in Hawaii. Although her death was originally deemed to be from natural causes, investigators later reopened the case and ruled it suspicious.

No criminal charges have been filed in that case.

Vallow and Daybell are currently held in jail on bonds of $1 million each. Both are set for preliminary hearings in July.