The hearing was on the prosecutors' motion to bar members of the media from video-recording the upcoming preliminary hearings for Vallow and Daybell. 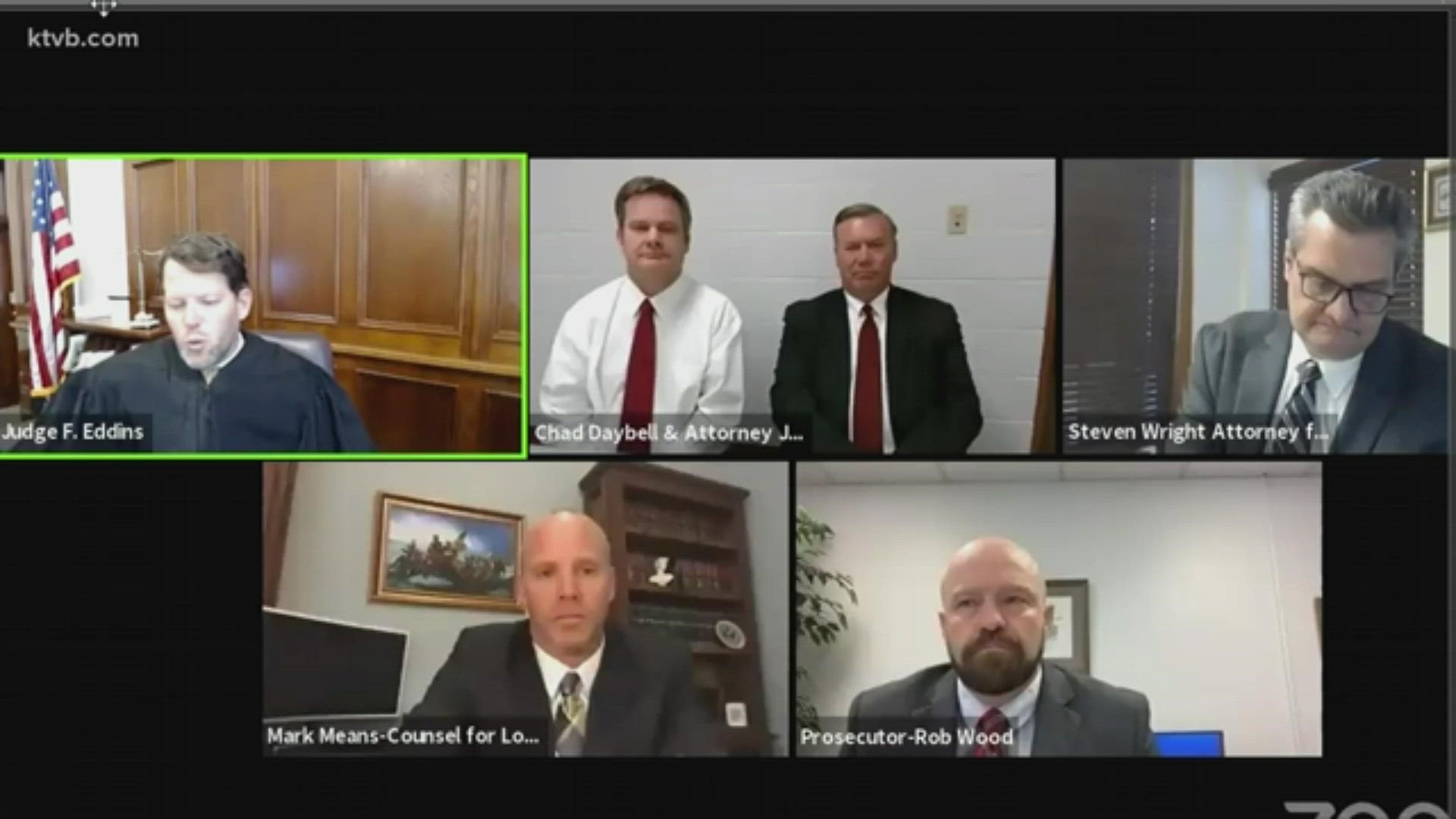 BOISE, Idaho — Chad Daybell, the husband of Lori Vallow, appeared in a Fremont County court over a Zoom conference call on Monday afternoon. The hearing was on the prosecutors' motion to bar members of the media from video-recording the upcoming preliminary hearings for Vallow and Daybell.

The hearing included both Daybell's and Vallow's preliminary trial hearings, but only Daybell appeared in court as Vallow waived her right to appear at the hearing. However, her attorney, Mark Means, was present.

After hearing arguments from all sides, the judge denied the motions to bar news media cameras from the hearings and referred to the original order from July 8 that allows the media in the hearing and limited news cameras.

Madison County Prosecutor Rob Woods argued that barring news cameras from the hearings wouldn't negatively impact the public's right to know what is happening but would help avoid having a biased jury.

"The state is mindful of the effects of COVID-19 and the difficulties it raises for all parties involved. We understand the difficulties it raises for the media, in terms of being personally present. However, the public's right to know what happens in these hearings, which is important, and the state absolutely believes in that right, but it is satisfied by the public and the media has access to court transcripts and audio of the preliminary hearing," he said.

Steven Wright, an attorney representing various news outlets on the matter, opposed the motion. Having access to court transcripts after the fact, Wright argued, would hinder media's coverage of the preliminary hearings and the public's right to know. He said streaming or televising the hearings is the best way to prevent misinformation about the trial from spreading.

"The concern is bias arising from inaccurate information and there is no better way to make sure that accurate information is provided than through a video feed... The indication as well that information can be obtained after the fact through audio and transcripts, that that accomplishes nothing other than interfering with the media's ability to try to provide appropriate coverage in this case coverage that will occur," Wright said.

Means argued that not televising or streaming the preliminary hearing would not affect the public's right to know.

“In this case specifically, the cat’s out of the bag," he said. "The attention this case has received as far as media attention – that has already occurred.”

Means agreed with the state that there are other methods for the media and public to get the information from the hearing without having it broadcast or live streamed.

Vallow and Daybell face multiple charges in the case of their two deceased children, 7-year-old JJ Vallow and 16-year-old Tylee Ryan. The children were found buried on Daybell's property north of Rexburg in June, months after they disappeared.

In the initial requests, the prosecutor argued that members of the media streaming the hearings would make it harder to find unbiased jurors who don't have an opinion on the case.

"Picking a jury in this case will be difficult and time-consuming due to the already existing media coverage. If the preliminary hearings are broadcast/live-streamed, voir dire will become even more difficult," Madison County Prosecutor Rob Wood wrote.

Woods' request would still allow still photographers and journalists in the courtroom during the hearings. Video news cameras would be barred, which Woods said wouldn't hurt the public's right to know what is happening in the hearings.

Both Vallow and Daybell's defense attorneys have also filed memorandums in support of the prosecutor's request.