Boise Police are investigating after the bronze statue of President Abraham Lincoln was vandalized with red paint and feces Monday morning. 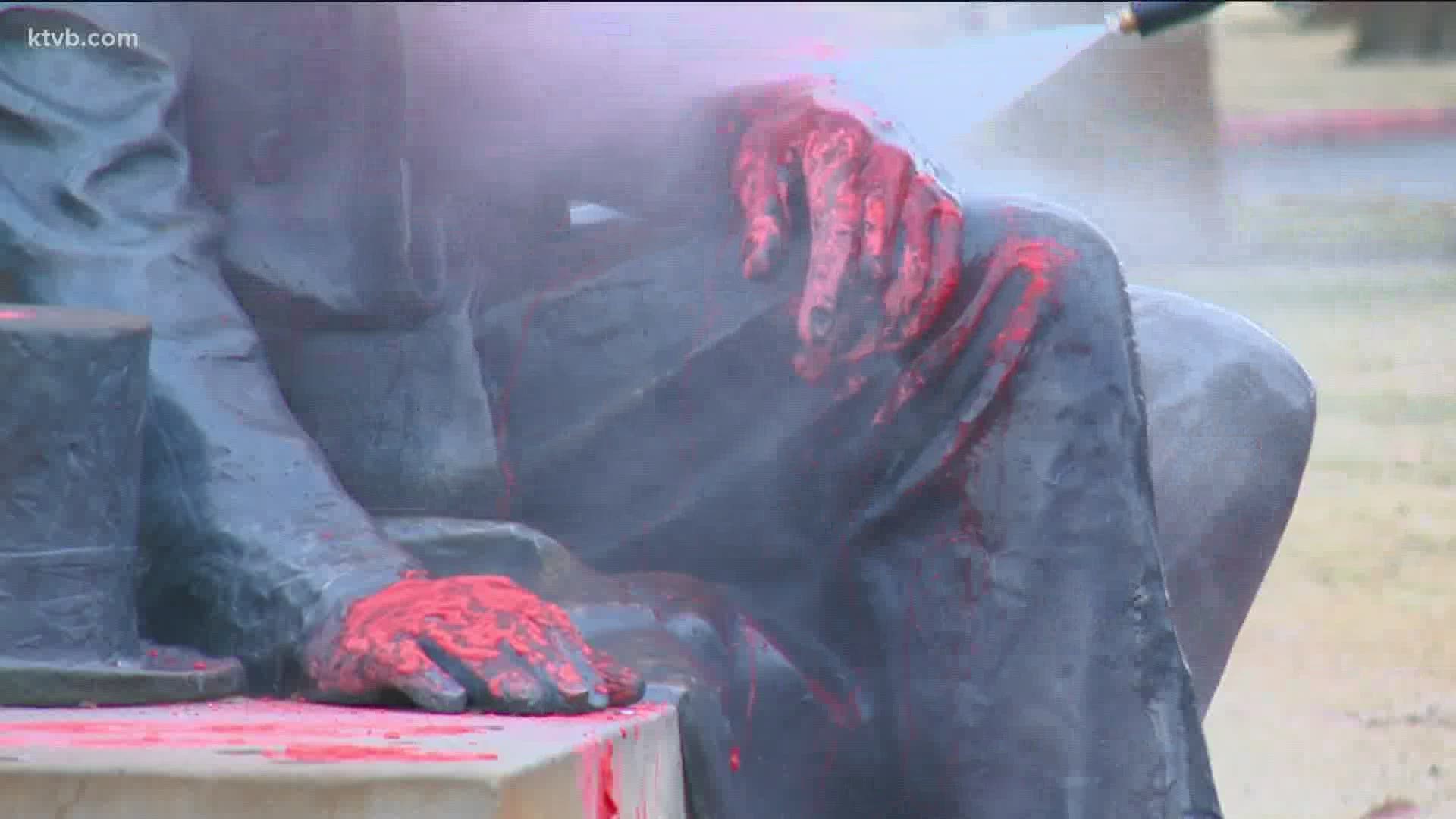 The statue, known as Seated Lincoln, had been covered in red chalk paint. Feces and signs were also left around the statue, police say.

The vandalism was discovered just before 8 a.m. Crews from the Boise Parks and Recreation Department went to work and have gotten the statue cleaned up. The Lincoln statue does not have any permanent damage, according to police.

Signs left on and around the paint-spattered statue criticized prisons and corporations, and called for police to be defunded.

“Defacing a venerated object to provoke an emotional response will not help us rise to our better self,” said Boise Police Chief Ryan Lee.

Boise Police is investigating the vandalism as a possible malicious injury to property case, and are reviewing posts on social media as part of their investigation. The department has not yet made any arrests.

Boise Mayor Lauren McLean condemned the vandalism, noting that it occurred on the first day of Black History Month.

"Vandalism is a crime, never appropriate, and those committing these crimes will be held accountable," McLean said in a statement. "At a time when our democracy is fragile, this is particularly disturbing as President Lincoln sought to keep our fractured nation together and to address the scourge of slavery - losing his life for it. On the first day of Black History month, it's essential to honor those in our community, reflect on our past, and work together for a better future. This terrible act detracts from progress and is an affront to those who toil daily for civil rights."

The incident comes less than two months after Boise's Anne Frank Memorial was vandalized with swastikas, prompting outrage and a flood of donations to the Wassmuth Center for Human Rights.