A prosecutor told KTVB that "procedural missteps" by investigators hamstrung his ability to take the case to trial. 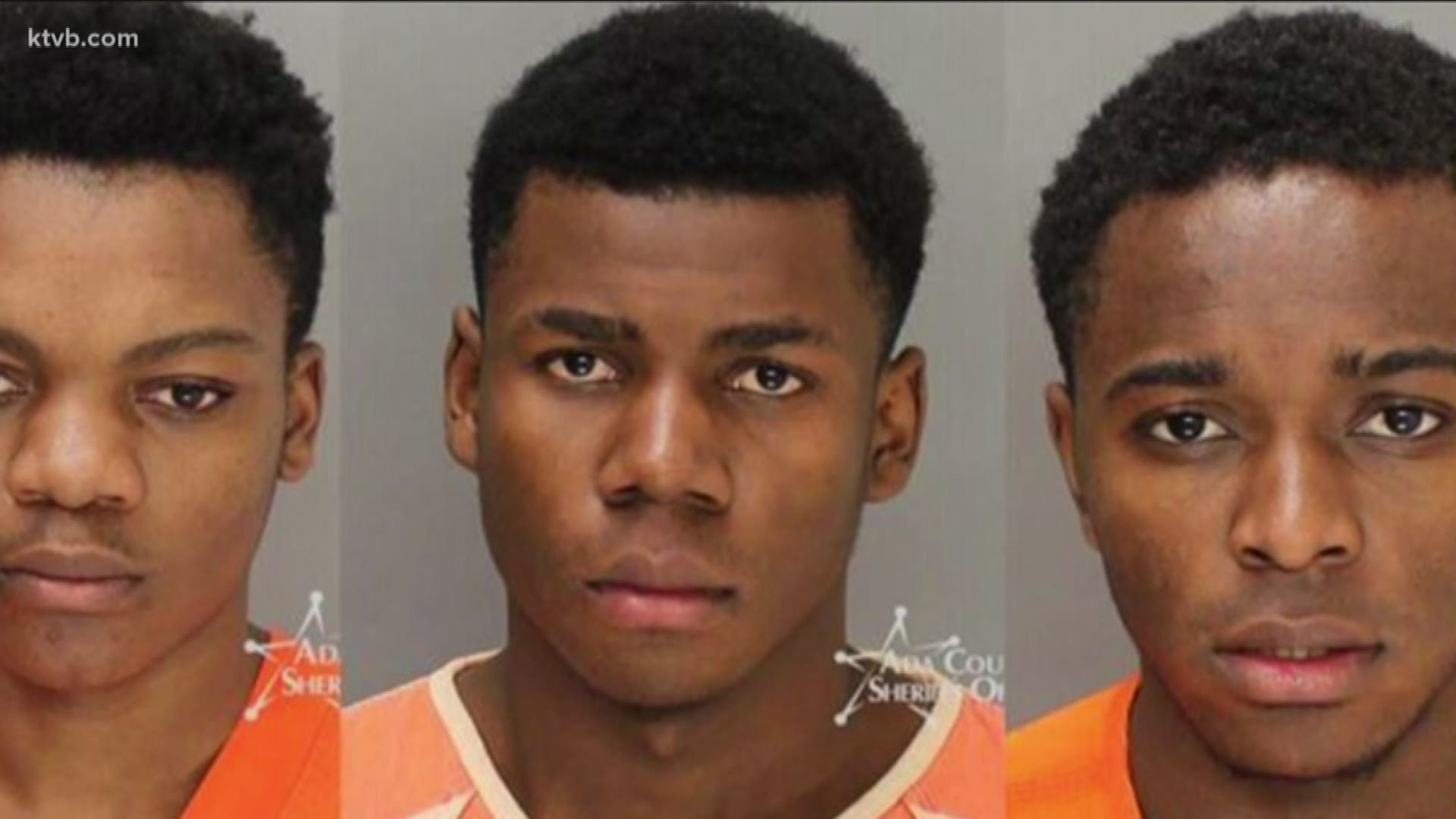 BOISE, Idaho — Three men accused of gang-raping an 18-year-old woman in Kuna were sentenced to probation Friday morning after a prosecutor said significant "procedural missteps" by investigators convinced a judge to throw out critical evidence in the case.

Elias Lupango, 19, Rashidi Mulanga, 18 and Swedi Iyombelo, 18, each pleaded guilty to misdemeanor charges of battery and false imprisonment. The trio, along with 16-year-old Ulimwengu Lupango, had originally been indicted by a grand jury on felony rape charges.

Ulimwengu Lupango's case was moved from adult court back to juvenile court before the hearing began Friday. Juvenile court records are sealed, but lawyers indicated he would also plead guilty to misdemeanors in the case.

Prosecutor Tanner Stellmon said that investigators failed to fully give the defendants their Miranda rights after they were taken into custody. Stellmon indicated that there were also interpretation problems between the detective and the four men, who came to Boise as refugees from Tanzania, and speak Swahili.

As a result, Stellmon said, defense attorneys asked a judge to throw out what the suspects said to detectives during in-custody interviews. Prosecutors previously indicated that in those interviews, the two of the men admitted that they did not have permission to have sex with the victim, and that "she probably didn't want them to have sex with her."

The district court judge sided with the defense, ruling that prosecutors would not be allowed to present any evidence from those interviews to a jury during trial.

Stellmon said he was left with not enough evidence to convince jurors the defendants were guilty of felony rape.

The defendants have been held in the Ada County Jail since their arrests in February. Prosecutors previously said the victim and Iyombelo messaged on Snapchat before agreeing to meet up. She then drove to a Kuna neighborhood to meet him, and began having consensual sex with him in her car. During the encounter, she asked him to stop, but he did not, she said.

The other three defendants then took turns also having sex with her, she told police.

"There is a fundamental right, need, desire to choose with whom you're going to be intimate," Stellmon said. "[The victim] has relayed to me that she did not feel that she had a choice."

Stellmon told the judge the 18-year-old "has her own challenges when it comes to social interactions," which may have played a role in the incident. The prosecutor added that the fact the case ended in misdemeanor convictions instead of felonies "does not diminish or take away from her reality."

Marco DeAngelo, the defense attorney for Iyombelo said there were "a great deal of procedural missteps" in the case, and that the defense had been prepared to "vigorously contest" prosecutors' version of events if the case had gone to trial.

But DeAngelo said taking the misdemeanor plea meant his client could get out of custody and return to his life.

"This resolution gets my client out of jail," he said. "He has a family that loves him, he was working out in the community, he was attending high school."

Stellmon said the defendants will be subject to monitoring while on probation.

"These four men are new not only to our country, but also to our justice system," he said. "There are societal norms and there are cultural differences that we hope that this probation, this four-year probation, will help to educate, when it comes to social interaction, with young women particularly, in our community."

The judge ultimately handed down year-long sentences for the three adult defendants, minus time served, but suspended the jail time and elected to immediately place them on probation instead.

Because the men were not convicted of a sexual crime, they will not be required to register as sex offenders. They could be released from jail as early as Friday afternoon.