Karl Kukuchka, 56, is charged with felony leaving the scene of an injury accident and misdemeanor vehicular manslaughter. 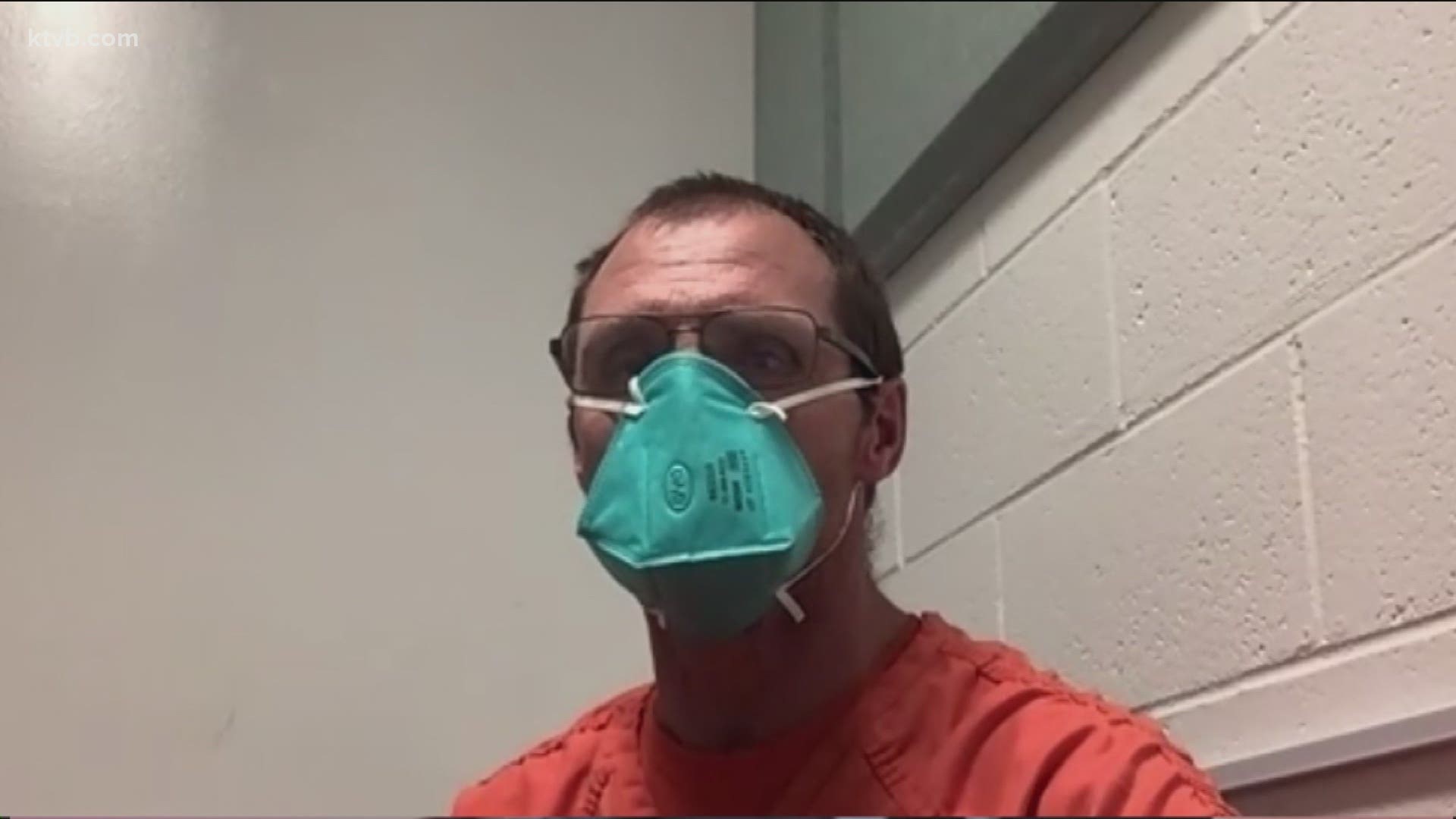 CALDWELL, Idaho — A man who hit and killed a 68-year-old woman in Nampa knew he had a condition that caused him to fall asleep without warning, but was behind the wheel anyway, prosecutors say.

Karl Kukuchka, 56, is charged with felony leaving the scene of an accident and misdemeanor vehicular manslaughter. He was arrested Tuesday, just days after Barbara Alexander of Boise died from her injuries at a hospital.

Alexander's daughter said the victim was headed to the grocery store Nov. 5 when she realized he had misplaced her purse, and pulled over on 11th Avenue South in Nampa to check the back of the car for the handbag.

The woman was standing outside her vehicle when she was hit by a silver Dodge Caliber. The driver of the Caliber drove away instead of stopping to help or call police.

Alexander was rushed to a local hospital with a  brain injury, fractured skull, and other broken bones, and died over the weekend.

Credit: @MikeJinID
The vehicle believed to have been used in a deadly hit-and-run crash in Nampa earlier this month is seen being loaded onto a tow truck in Caldwell on Tuesday, Nov. 17, 2020.

Kukuchka was taken into custody after a driver spotted his silver Caliber and called police to report that it matched the description of the suspect vehicle.

RELATED: 'I don't want to give up on her': Nampa woman asks for help in finding car that hit her mom

Prosecutor Karson Vitto said that the suspect has a medical issue that contributed to the crash.

"The defendant has a condition that he is aware of, he also has a history of falling asleep behind the wheel," Vitto said.

Kukuchka told investigators that on a previous occasion, he had lost consciousness while driving and wrecked into a pole, Vitto said.

Judge John Meienhofer called the facts of the case "quite disturbing," and set bond at $250,000. If Kukuchka is able to bond out of jail, the judge told him, he will not be allowed to drive while the case is going forward.

"You are not to operate or be in the driver's position in any vehicle," Meienhofer said.

Felony leaving the scene of an injury accident carries a possible penalty of up to five years in jail, while misdemeanor vehicular manslaughter is punishable by up to a year in jail.

Kukuchka is due back in court Dec. 1.