The case is drawing nationwide attention, but it has been particularly intense in Eastern Idaho. 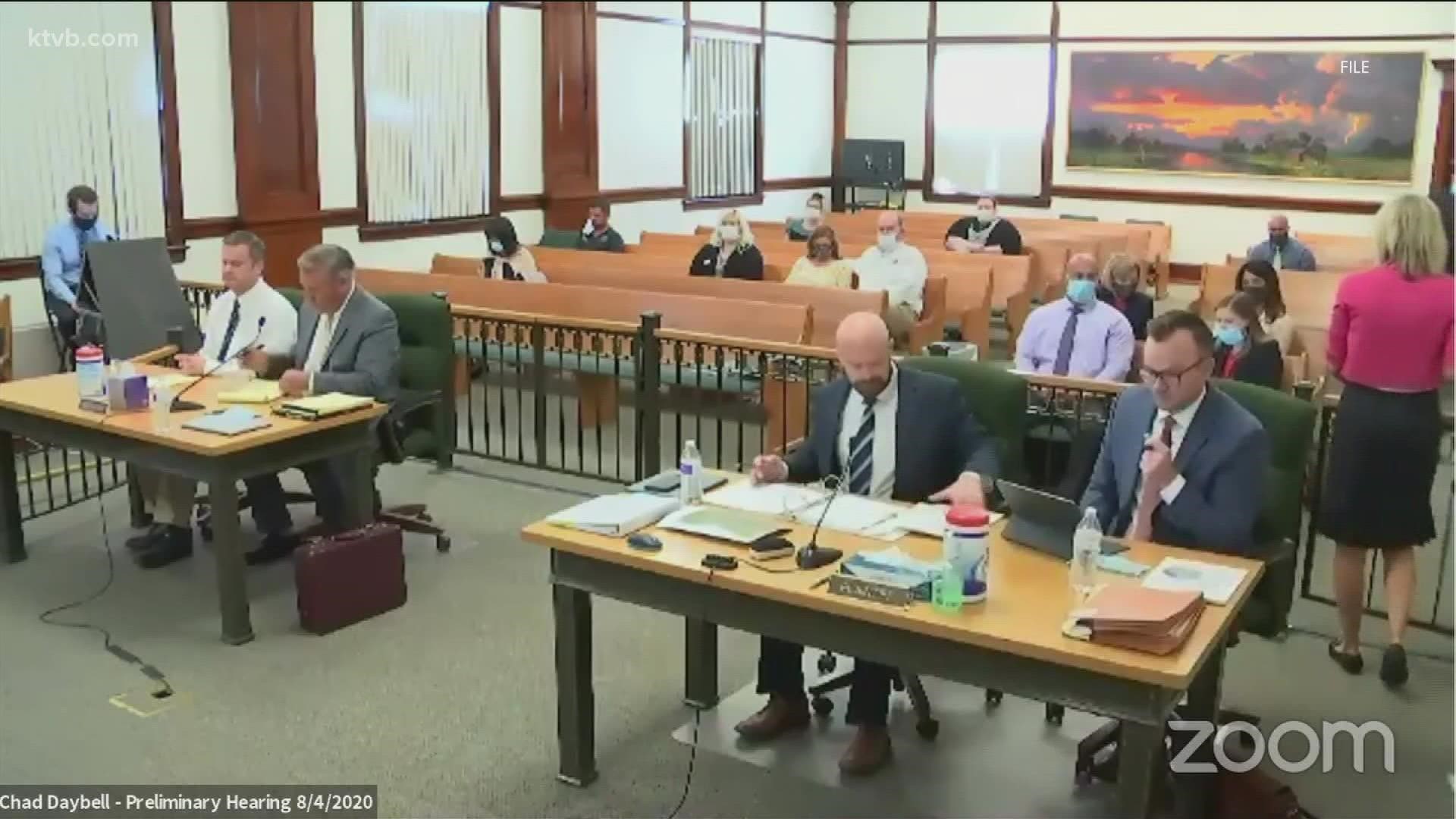 FREMONT COUNTY, Idaho — The trial of Chad Daybell, charged with the murders of Joshua "JJ" Vallow, Tylee Ryan, and his late wife, Tammy Daybell, will be moved out of eastern Idaho.

Judge Steven Boyce on Friday issued a decision granting the Daybell defense's motion for a change of venue. He suggested that the trial take place in Ada County, with an Ada County jury. Boyce also recommended that he continue to preside over the case, rather than have it transferred to a Fourth District Judge.

A Fremont County jury in May returned an indictment charging Daybell and his current wife, Lori Vallow Daybell, with several crimes related to the deaths of Vallow's children, JJ Vallow and Tylee Ryan. The children disappeared in September 2019. Investigators found their remains in June 2020 on Daybell's property near Rexburg.

Prosecutors in August filed a notice of intent to seek the death penalty against Daybell. Lori Vallow's case has been on hold since a judge declared her mentally unfit for trial.

Daybell's defense attorneys filed a motion for change of venue on July 21, arguing that a fair and impartial jury could not be found in Fremont County or elsewhere in the Seventh Judicial District, which covers ten counties in eastern and central Idaho. A hearing on the motion took place Tuesday, October 5.

The case has received a great deal of media coverage throughout Idaho and across the nation, but particularly in Eastern Idaho. In his decision, Judge Boyce mentioned the posting of signs that "could influence potential jurors locally." He also mentioned one of more than 250 articles on the case published by East Idaho News as an example of coverage he called "inflammatory in nature," writing that the story, presented as evidence by the defense, bore the title, "'He's a liar! He's a liar!' Grandmother, brother react to Daybell's not guilty plea."

Boyce also noted defense exhibits presented at the change of venue hearing to show that "the media has focused on the religious component to the case," including evidence that Court TV published a story referencing a letter circulated to the "church community" in Fremont County.

Boyce determined that the defense produced enough evidence to show there would be a "reasonable likelihood that coverage prejudicial to the defendant will prevent a fair trial in Fremont County." He also determined that transfer to another county within the Seventh District would not alleviate that issue.

Boyce turned down the prosecution's request to have a jury from another county brought to Fremont County. Rather, he said, holding the trial in Ada County would be more appropriate, based on multiple factors, including the population base from which to draw jurors; courthouse facilities and staffing; courtroom availability for a high-profile, multi-week case; the ability to house and transport defendants; control of citizen and media attendance; and jury security and accommodations during trial.

The prosecution has filed a motion to sequester the jury during trial. That motion has not yet received a hearing.

The Sixth Amendment to the U.S. Constitution and article I, sections 7 and 13 of the Idaho Constitution grant a criminal defendant's right to a fair trial and an impartial jury. Title V of Idaho Criminal Rules outlines the grounds for changing a trial venue.

In the ruling filed Friday, Boyce also wrote "the Court (referring to himself) has always found the citizens of Fremont County to be fair, attentive and dedicated jurors when called upon to fulfill that critically important civic duty. The Court has no doubt that absent the extraordinary circumstances presented here, Fremont County would be an ideal location for this trial, and an ideal jury pool to select triers of fact to determine this case. However, this is no ordinary case."

The date for Daybell's trial has not yet been set. In August, he waived his right to a speedy trial, allowing it to be postponed by a period exceeding six months from the date he was charged.