Adam Paulson is again facing the possibility of prison time after a judge ruled Monday that he intentionally tampered with an alcohol-monitoring bracelet. 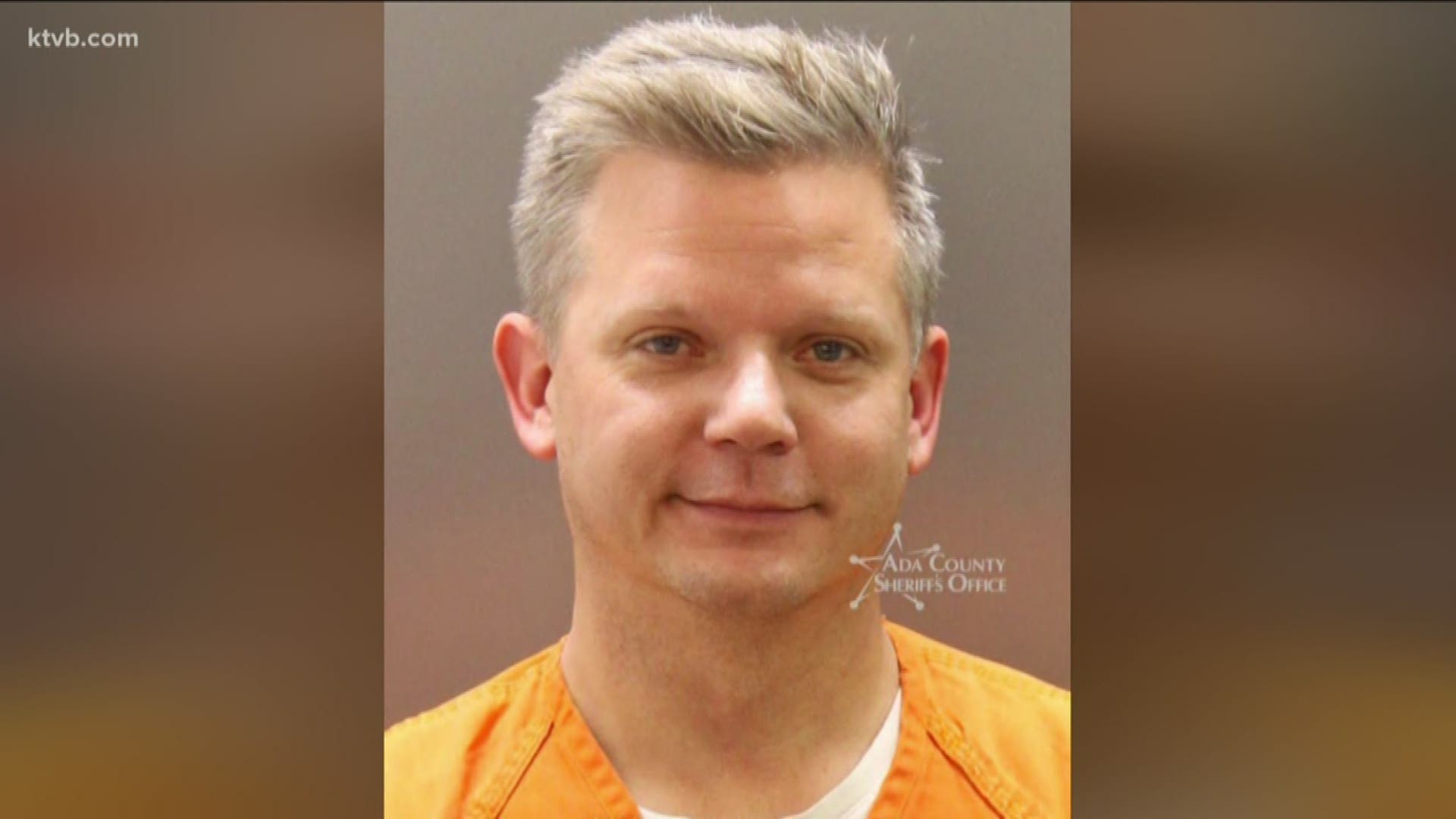 BOISE, Idaho — An Eagle man who killed a young mother in a 2017 drunken driving wreck is again facing the possibility of prison time after a judge ruled Monday that he intentionally tampered with an alcohol-monitoring bracelet.

Adam Paulson, 43, was originally sentenced to probation after being convicted of involuntary manslaughter in the death of 24-year-old Madeline Duskey. Paulson's blood alcohol content was .21 - more than twice the legal limit - when his pickup truck slammed into Duskey as she crossed Eagle Road in a crosswalk.

His sentence sparked outrage from anti-DUI advocates and from Duskey's family, who called Paulson's probation placement a "slap in the face" and insisted he should have been incarcerated instead.

But prison time for the defendant may become a reality after Judge Deborah Bail's finding that Paulson violated his probation in the case by intentionally blocking an alcohol monitor less than one month after being released from the Ada County Jail.

Credit: Crystal Markham-Brown
A photo of Maddie Duskey and her two children remind her parents of the joy she brought to everyone's life.

Prosecutors pointed to data retrieved from the SCRAM alcohol monitoring system, an ankle bracelet-type device that measures a wearer's transdermal alcohol levels every 30 minutes. According to Shaun Stewart, a data analyst for the monitor company, Paulson's anklet transmitted alerts that the device had been tampered with on Feb. 13.

The monitor can be blocked by placing something between the device and the person's skin, disrupting its ability to track alcohol levels, Stewart testified. The device also picked up trace amounts of alcohol that same day - high enough to register, but lower than the company's cutoff of .02, designed to filter out false positives from the outside environment, caused by things like perfume, cleaning products or bug spray.

As a result, Stewart said, the company could confirm that the device was interfered with, but could not say with certainty that Paulson had been drinking.

Paulson, who took the stand in his own defense, vehemently denied tampering with the device, arguing that his significant weight loss after getting out of the Ada County Jail resulted in the monitor slipping around on his leg or sliding down over a dress sock.

Paulson also suggested that a bottle of cologne he had recently gotten as a gift registered as alcohol on the monitor. He said that although he had been instructed not to drink alcohol or submerge the anklet in water, no one had ever warned him that fragrances or other substances could trip the sensors on the monitor.

Both Paulson and his girlfriend told the judge that he had not drank or messed with the anklet Feb. 13. That day, both testified, Paulson was in Judge Bail's own court for a review hearing as well as spending time talking with family, buying groceries, and attending an Alcoholic's Anonymous meeting before returning to the sober living facility where Paulson had been staying since his release.

Two days later, Paulson testified, he went to make a payment for his monitoring and asked a SCRAM technician to tighten down the anklet and check to make sure it was still tracking correctly. He said the tech checked something on a computer and told him that the device appeared to have been blocked Feb. 13, and that it had also picked up faint amounts of alcohol.

"I hadn't consumed any, so I was in a panic," Paulson testified.

He said he went back to his sober living facility and asked house managers to test him for alcohol. When the results came back negative, he got in contact with his probation officer, he testified, saying he wanted to be proactive and make clear that he had nothing to hide.

It was not until after Feb. 15 that he began doing more research into the monitoring devices and learned they could be triggered by factors in the environment rather than only the wearer's alcohol consumption, he said.

His defense attorney, Gabriel McCarthy, also urged Judge Bail to disregard the SCRAM data, arguing that the system should be treated as a screening tool to flag instances that could prompt additional testing or monitoring, not as incontrovertible proof that someone had violated their agreement.

"We're put in the difficult position of proving a negative," he said.

But Judge Bail discarded that argument, expressing skepticism that Paulson would ask to double check if his device was functioning properly just two days after it had registered as being tampered with. The judge added that if a loose fit was the culprit, the monitor would have sounded the alarm Feb. 12 and Feb. 14 as well, as Paulson's weight would have been the same.

The probation violation means Paulson will remain held in the Ada County Jail without bond until his sentencing on June. 10. At that hearing, Judge Bail could decide to extend his probation, order him to spend more time in jail, or impose the entire 15-year prison sentence.