'I was freaking out:' Wife of ISCC inmate was on the phone with husband during Saturday night 'disturbance'

Jessica Marston, the wife of an ISCC inmate, believes this incident was more of a riot than a disturbance, but IDOC stated the incident was not a riot. 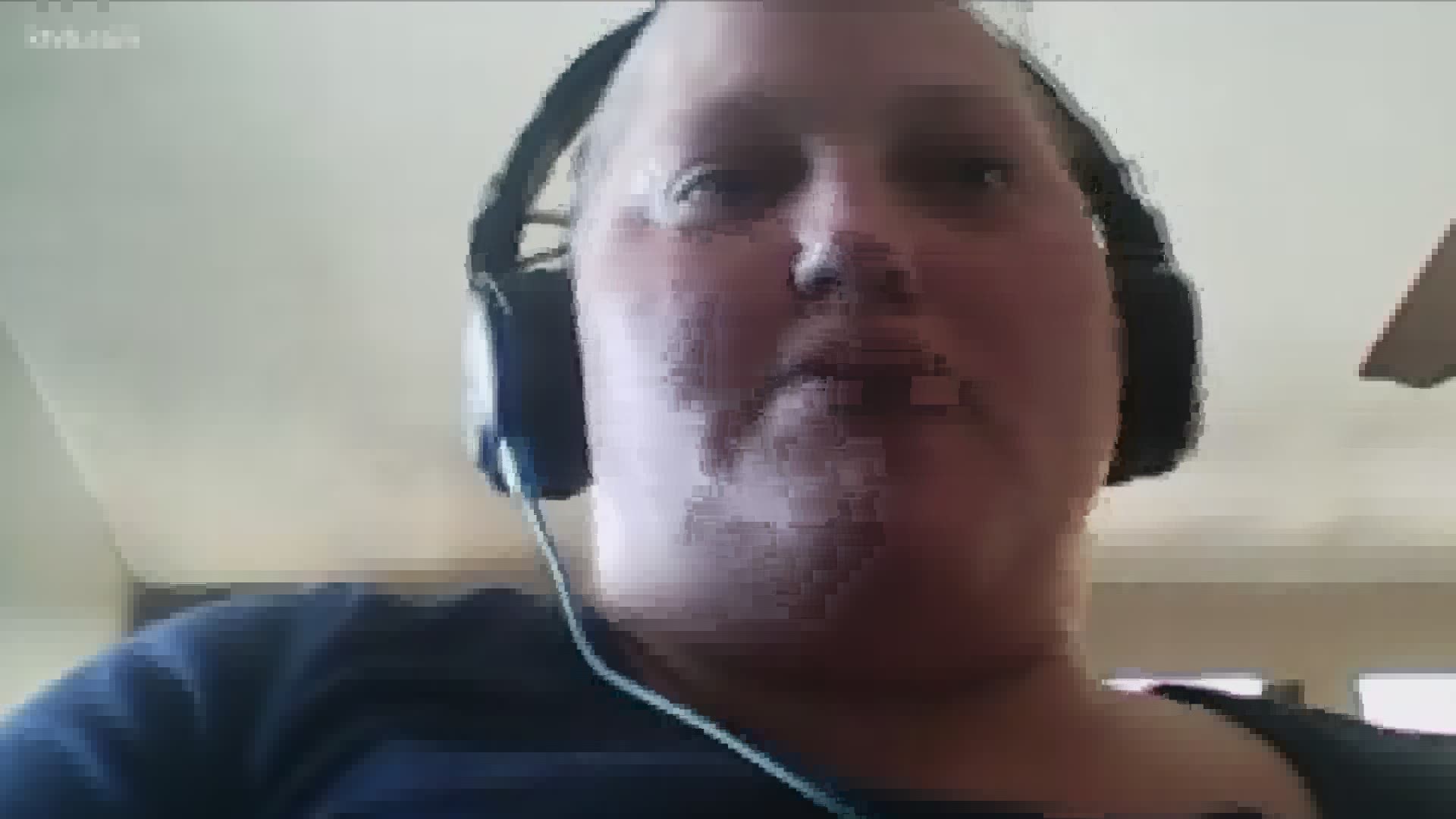 BOISE, Idaho — The Idaho Department of Correction (IDOC) continues to investigate a 'disturbance' that took place at the Idaho State Correctional Center (ISCC) on Saturday evening. Four inmates were taken to the hospital with non-life-threatening injuries as a result of the disturbance.

Among the inmates in the H-Block is Jessica Marston's husband, Jeremy, who was on the phone with her during the incident on Saturday.

Marston's husband was in the block the disturbance was occurring but did not personally take part in any destruction, as the two were speaking to each other on the phone when the incident began.

“When he was on the phone with me, he put the phone up and it was loud in there,” Marston said. “You could hear the inmates yelling and guards yelling. He told me the guards were videotaping them, all the inmates broke brooms and mops and everything else they could get their hands on."

According to IDOC, several residents started destroying property around 4:30 p.m. This incident was isolated only to Tier 1 in the H-block, but guards decided to evacuate three tiers, totaling around 300 inmates.

It is not known how many inmates were involved in the disturbance.

An IDOC spokesperson said they received reports that some residents attempted to start a fire and break windows, in addition to the destroying of property. The disturbance lasted until late into the night.

“You don't just have a disturbance when fires are started and they're breaking mops and brooms to make weapons and trying to break the ceiling to get out and breaking phones off the walls,” Marston said.

Marston believes this incident was more of a riot than a disturbance, but IDOC stated the incident was not a riot.

“I was freaking out because I didn't want him involved,” she said. “Because I've seen prison riots on TV and they can get crazy, and the innocent can get hurt for no reason.”

Marston has not spoken to her husband since Saturday and is not sure when she'll be able to speak to him again.

“He's a very kind guy, he's very kind-hearted, and he's caring. He will give you the shirt off his back if he knows you're in need,” she said. “He just made a wrong choice.”