In 2017, ISP seized more marijuana than the past three years combined. 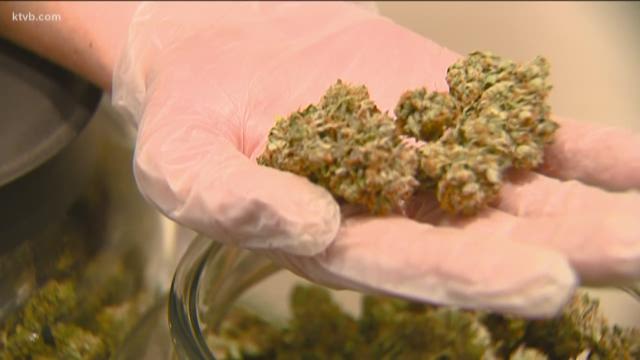 As more states legalize medical and recreational marijuana, a significant spike in pot is showing up in Idaho.

Whether it’s being trafficked through, or the Gem State is the final destination, Idaho State Police troopers say the amount of marijuana they seized last year is more than the past three years combined.

Farley says this is because more states are legalizing marijuana.

Colorado, California, Nevada, Washington and Oregon, all close bordering states where you can legally purchase marijuana.

"The amount of marijuana we seized last year was more than the previous three years combined and with that there was a significant of very large seizures, one up in Coeur d'Alene area almost 400 pounds," says Farley.

And two recent busts in Cassia and Elmore counties, troopers confiscated more than 200 pounds of pot.

Farley says depending on how many pounds of marijuana an offender is caught with, they can face a mandatory sentence of one to five years in prison with a hefty fine.

But big-time traffickers aren't the only ones contributing to Idaho's influx of pot.

"We do see a lot of what we consider personal use marijuana, misdemeanor amounts that do come from the dispensaries in Huntington with our local residents traveling there, it is the closest dispensary to our area," says Farley.

Personal use, or less than three ounces, is considered a misdemeanor punishable by fines.

Farley says both types of offenders are contributing to more criminal activity in the Gem State.

"Often times drug activity goes hand in hand with gang activity, we have seen even with marijuana seizures now firearms being seized as well with the people that are trafficking the marijuana to our state, so obviously that does become a safety issue for our community," says Farley.

ISP has added more K-9 detection units to each of its six districts in the state and has incorporated more training for troopers to spot traffickers in hopes to crack down in 2018.