Canyon County Sheriff Kieran Donahue has seen a large uptick of fentanyl in Idaho, something he attributes coming through the US-Mexico border. 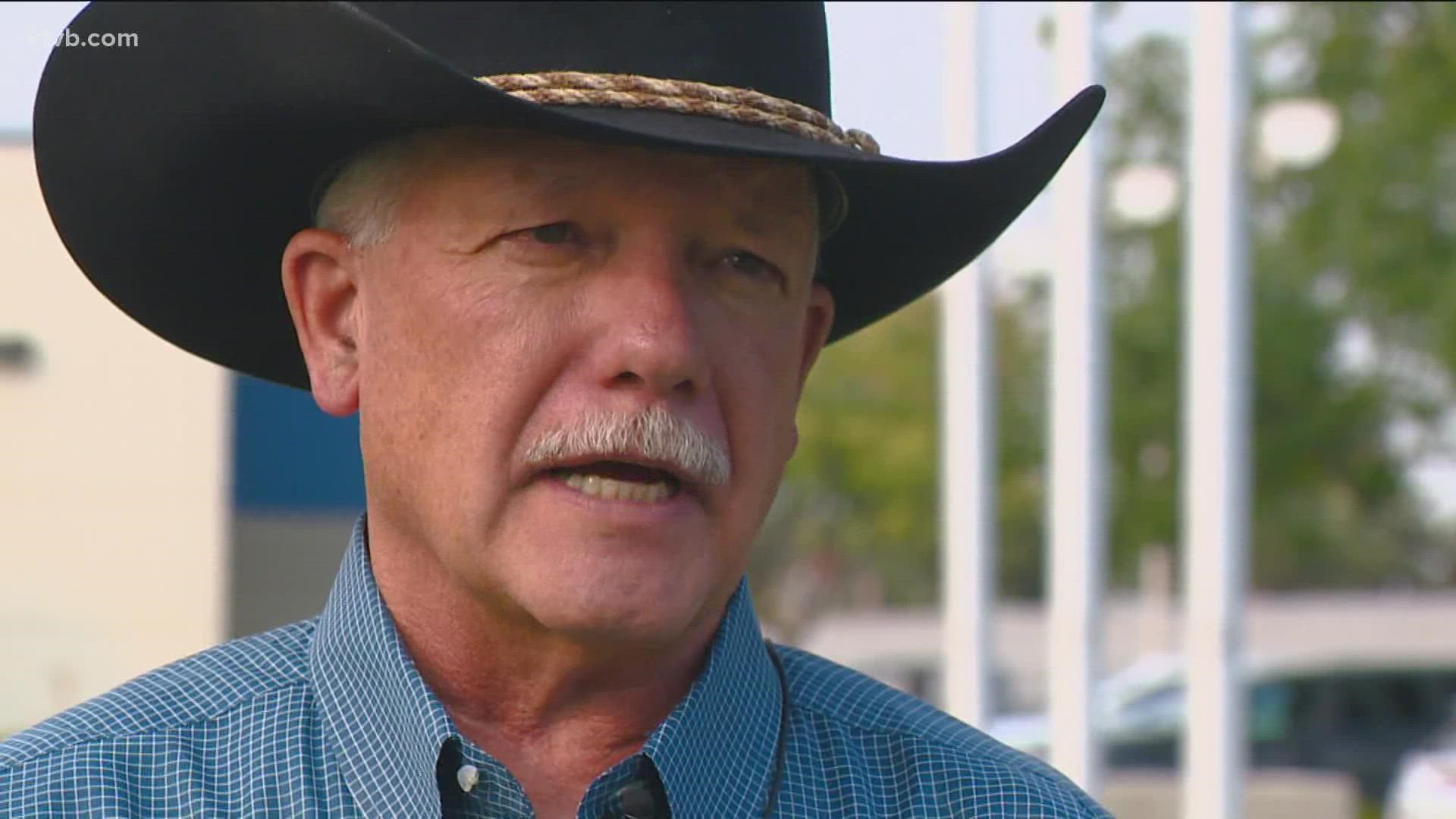 "It's frightening quite frankly," Donahue said. "We as a society should be frightened."

Donahue, who visited the border two weeks ago himself, has been involved in the war against drugs for more than a decade. For a long time, the drug that's been seen most often around the Treasure Valley was methamphetamine, but in recent years there's been a large uptick in fentanyl.

"This is not a border issue," Donahue said. "Every state right now is a border state. Whatever comes through that border lands in every single state in the United States and we are certainly not excluded."

"If you don't think they're coming to this area, you're absolutely crazy," Donahue said.

As time continues, the dangerous situation is hitting closer and closer to home for Donahue.

"You know, in the last three months I've had four officers be exposed to fentanyl and all of them were actually in the jail during the intake process when people had these dangerous drugs on them," Donahue said. He added the deputies were hospitalized and later safely released.

Donahue said this drug crisis is in direct correlation with other crimes, like human trafficking and gang violence. He worries that until some of the supply coming in through the border is shut off, the situation will only get worse.

"Last thing we need is these young people [getting] ahold of these narcotics- methamphetamine, heroin, fentanyl, this is deadly stuff you don't come back from," Donahue said.

Gov. Little's Office plans to send out detailed information later this week about the trip to the border.

Little and more than two dozen other governors have previously requested an in-person meeting with President Joe Biden in regards to the situation at the border. The President has not agreed to meet.

Donahue said he is appreciative of Little's support on this topic because it is about the "safety of the American people." The sheriff believes this is an issue that impacts everyone, regardless of political parties. He is disappointed in the President's response.

"We've asked for the President of the United States to meet with us, to come to the table to discuss these issues. There is no table," Donahue said. "Not only do we not get a response, but there's no table to sit around and talk."

Donahue also believes the state needs to do better when it comes to mental health and recovery for victims of drug abuse. He would like to see leaders designate money to build more recovery centers around the state. He hopes that having these facilities would lower the rate of people who previously used narcotics going back to using again.