'You could have prevented the murder:' Idaho former nurse Krystal Kenney resentenced to 18 months in prison

"I have no illusion that a sentence I re-impose will provide any healing for the Berreth family or for the Teller County community," Judge Scott Sells said. 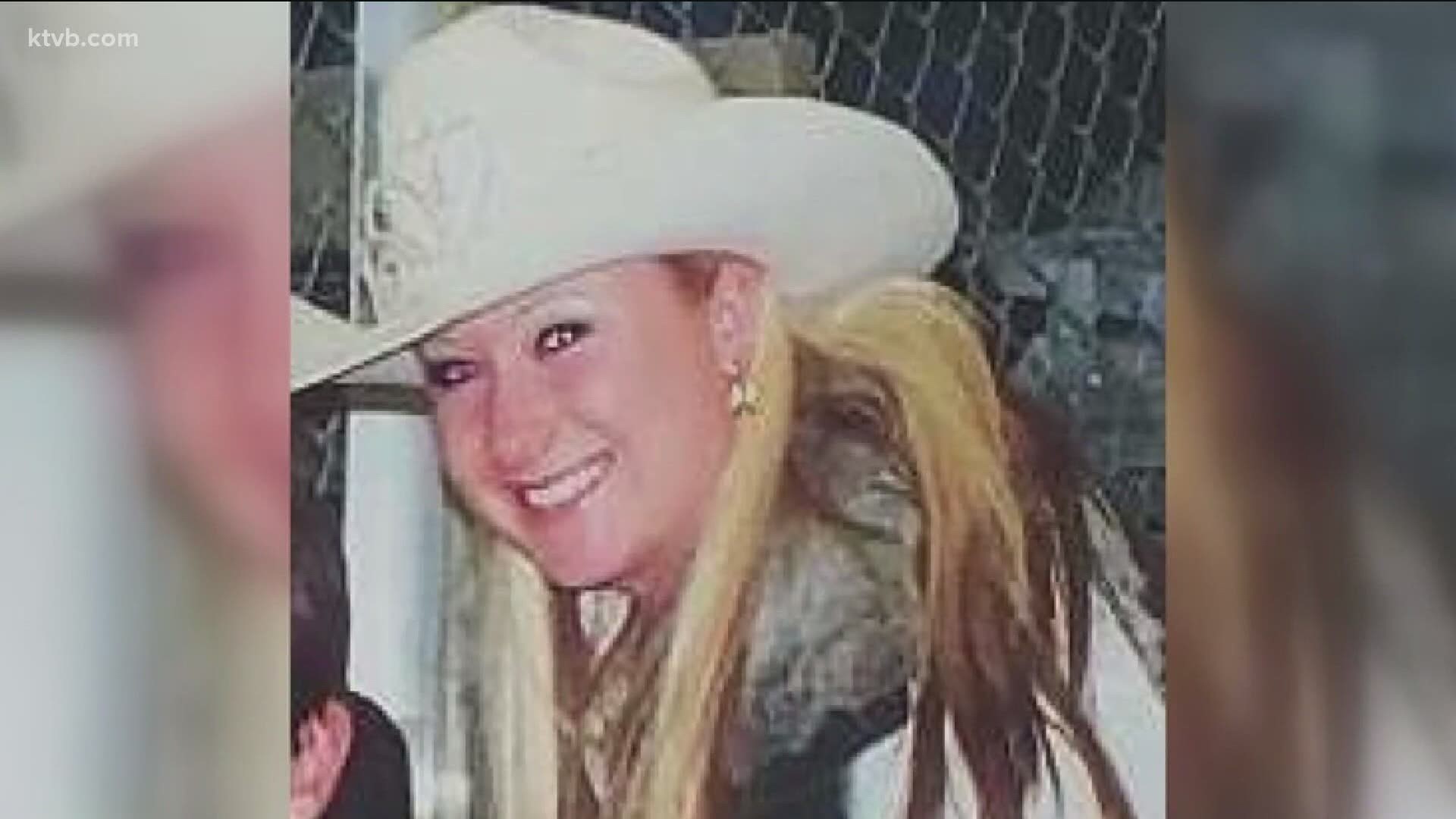 TELLER COUNTY, Colorado — An Idaho woman who admitted to helping clean up a bloody crime scene and hide evidence after her boyfriend beat his fiancee to death in Colorado was resentenced Tuesday to 18 months in prison.

Krystal Lee Kenney, 34, had originally received a three-year sentence for her role in the death of 29-year-old Kelsey Berreth. The sentence came as part of a plea deal under which Kenney admitted to tampering with evidence for disposing of Berreth's cellphone after the murder.

As part of the deal, Kenney testified against her lover Patrick Frazee, who was convicted of murder and sentenced to life in prison.

After her sentencing, however, Kenney filed an appeal, arguing that her three-year prison bid was unconstitutional because it exceeded the maximum for the charge she pleaded guilty to under the deal, which did not mention aggravating factors.

The appeals court sided with Kenney, and ordered the case back to court for a resentencing "in the presumptive range" of one year to 18 months.

Judge Scott Sells, who handed down an 18-month sentence, made clear Tuesday that he believed the punishment was too short for Kenney's actions, which he described as "cold, calculating, cruel, and  devoid of any compassion for human life."

"I have no illusion that a sentence I re-impose will provide any healing for the Berreth family or for the Teller County community," he said.

According to testimony at the trial, Frazee had asked Kenney multiple times to kill Berreth. The former nurse at first agreed, she told police, but repeatedly backed out.

Frazee ultimately beat Berreth to death with a baseball bat on Thanksgiving Day 2018, as the couple's infant daughter was nearby. He then texted Kenney "you have a mess to clean up," and she drove from Idaho to Colorado to clean up the bloody scene, later taking Berreth's cellphone with her back to Idaho in an attempt to convince Berreth's family and police that the woman was still alive.

Kenney's lawyer, Dru Nielsen, said Tuesday that many "hateful and hurtful things" have been said about her client that are not true.

"Ms. Kenney is not going to speak today. She gave a heartfelt apology at her original sentencing hearing," Nielsen said. "She knows it wasn't and will never be enough, but she had the courage and morality and the humanity to offer it."

Kenney, who attended the sentencing hearing via webstream wearing a mask and a green prison uniform, spent most of the hearing looking down.

Nielsen stressed that Kenney did not take part in the actual murder of Berreth, adding that she later did what Frazee asked out of fear. Frazee even wrote a letter asking someone else to kill Kenney's family to stop her from testifying against him in the trial, the attorney said.

"Krystal Kenney had the courage and the principle to tell the truth - telling the truth regardless of the expense to herself, her life, her family," she said. "And she did it not for a deal, but because it was the right thing to do."

Sells was not convinced.

The judge told Kenney that her actions were "not impulsive, not spur-of-the-moment," and that she had had a host of chances to tell the young mother that she was in danger or tip off police to what Frazee was planning.

"You could have warned her. You could have called law enforcement," he said. "You could have prevented the murder, and done the right thing, that a person with honor or a sense of right or wrong would do. But you did nothing."

Sells noted that it was not until detectives confronted Kenney about her involvement in Berreth's death that she told them what she knew and agreed to cooperate.

"You had hours and hours and hundreds of miles when you drove back from Idaho to Colorado to again, do the right thing: Call law enforcement," he told her.

Ultimately, however, Sells said he had to abide by the appeals court's ruling, sentencing Kenney to the maximum allowed under the 12 to 18-month range. As he handed down the sentence, Sells apologized to the Berreth family "for the pain caused by this resentencing."

The 18-month sentence, followed by one year of parole, was ordered to be retroactive to Kenney's original sentencing date in January 2020.

The Colorado Department of COrrections told KTVB"s affiliate that Kenney has now passed her mandatory released date based on the new sentence, and confirmed she was released from prison on parole. She remains in Colorado, according to the DOC.