In some cases, truckloads of trash were left at sites, forcing officials to block off vehicle access. 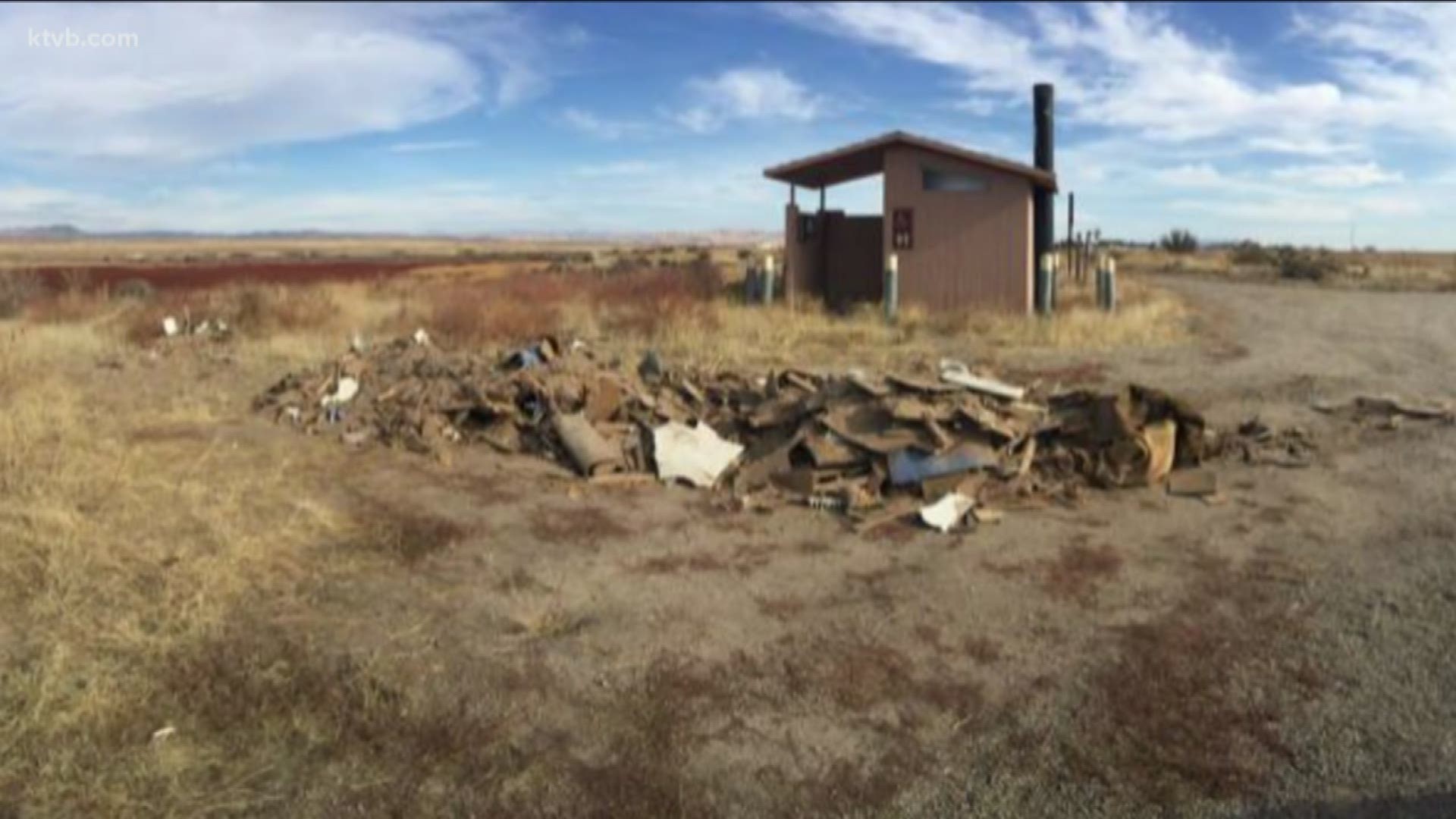 BOISE, Idaho — Idaho Fish and Game officials say they have noticed an uptick in people dumping trash at hunting access points around the state.

In some cases, truckloads of trash were left at sites.

More than a dozen instances of illegal dumping have been reported over the past 10 months in Southwest Idaho alone, officials said. The litterbugs left behind mounds of trash including construction supplies, pallets, furniture, animal remains, nails, asphalt, tires and more.

The access sites are maintained for public use and paid for with funding from hunters and anglers, so not only are the sites degraded, it costs money that could be better spent on other things.

"Every region deals with it to some degree, but we see it the most in the Southwest Region," said John Cassinelli, regional fisheries manager. "Most of our problems are on the Snake River access sites, and we've had some repeat offenders."

RELATED: 'Garbage strewn all over the place': Portland leaders unhappy with trash along Interstate 84

Cleaning up these illegal dumps is costly, and Fish and Game staff are forced to spend time and money hauling litter and trash.

"That money could be better spent improving these access sites for our hunters and anglers," said Curt Creson, recreation site maintenance foreman. "At a couple of these sites where dumping has occurred, we have placed large boulders to block off vehicle access in areas where it was historically allowed."

Littering on public or private property within the State of Idaho is a misdemeanor punishable by up to six months imprisonment and/or a fine up to $1,000, with the possibility of eight to 40 hours of litter cleanup.

The department is asking people to report anyone who is dumping or damaging access sites by calling any local law enforcement as soon as possible.

Tipsters are encouraged to write down any information they can, including vehicle license plate numbers, physical description of the violator and their vehicle, and note the location, day and time of the activity.