'He was dancing and singing and really putting on quite a show': Man uses counterfeit $100 bill at Boise restaurant 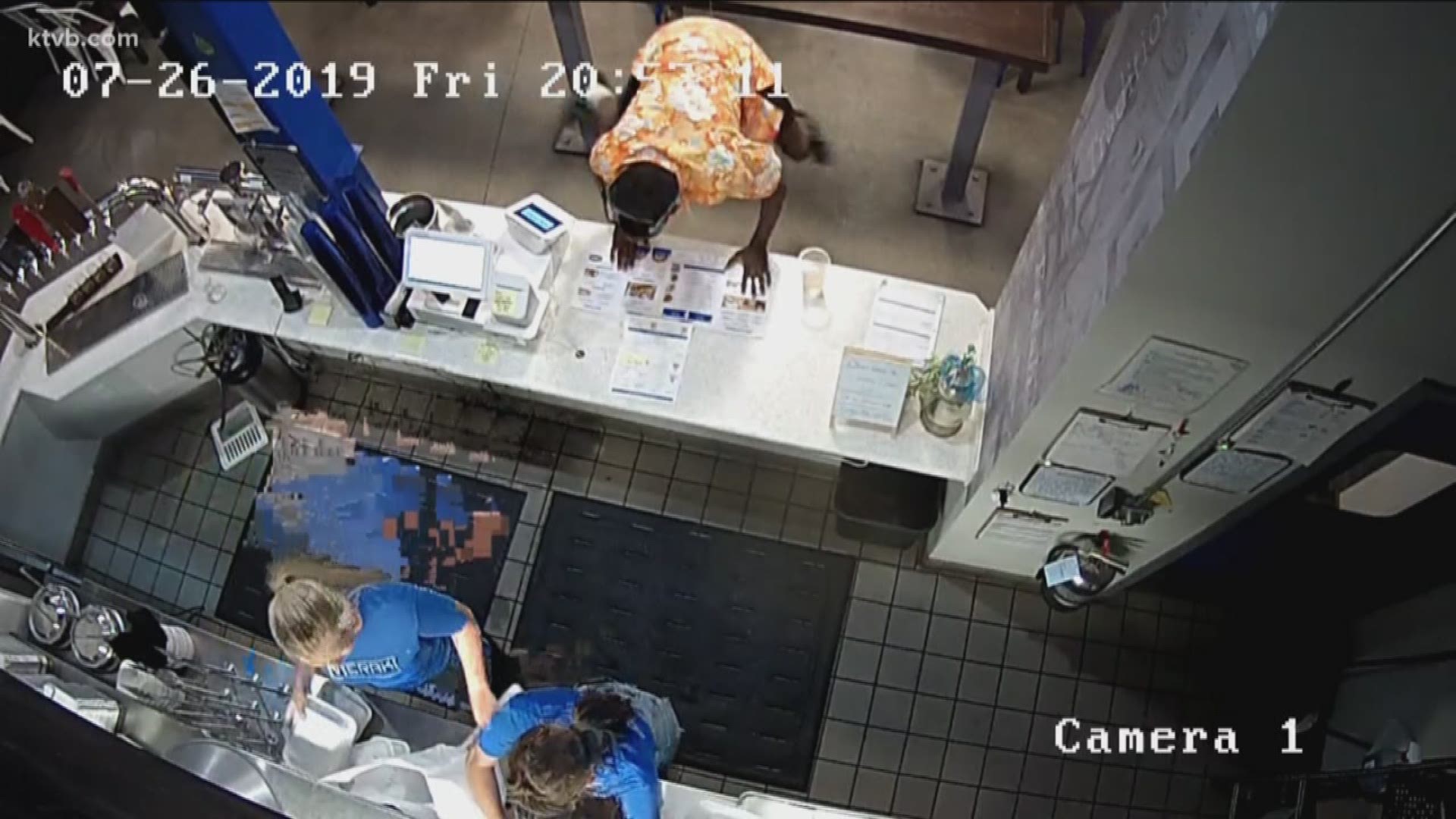 BOISE, Idaho — Police are looking for a man who was caught on camera using a counterfeit $100 bill at Meraki Greek Street Food in downtown Boise.

There's another layer to this big, fat Greek fraud though, surveillance video shows the man had an unusual way of ordering food.

“He was dancing and singing and really putting on quite a show for the employees,” said Meraki owner Farrah Kalatzakis.

The man came into the restaurant, ordered food, while putting on that show and then paid with what the restaurant later discovered was a fake $100 bill.

“They were so focused on him that they weren’t as focused on the bill,” Kalatzakis said.

The man got away with $88 in change, according to an email from Boise Police.

So, how can you tell if a bill is counterfeit?

“If you get a few hundred dollar bills you'll probably notice the serial numbers are the same, and if you look at the back of it, you'll notice some Chinese writing,” said Boise Police Sgt. John Terry. “The other thing you'll want to look for is if it says motion picture.”

Also, make sure the bill has a security strip.

“A lot of people say, 'oh well you guys have the counterfeit pens right and you can spot a $100 right?' and we do have those things, but with this particular individual and the way he came in, he was very distracting and that's why we think it's very important for other businesses to be aware because it can throw your team off,“ Kalatzakis said.

Boise Police said these types of crimes aren't just something businesses should worry about, but anyone using cash.

“A lot of times people will target individuals because they think businesses are more savvy with the money and people that are doing the Craigslist and Marketplace aren’t, so they think they can fool them by using these $50 and $100 bills,” Terry said.

As the staff at Meraki's get back to business, they're using this incident as a learning opportunity.

“It’s a really good opportunity for us to reset and say does everyone on board if they get a counterfeit bill, do they know what to look for and if it is counterfeit, what to do at that point, and now we do,” Kalatzakis said.

Right now, police are looking into leads and still investigating this crime.