'He took so much from me': Former Eagle High teacher, coach gets prison for sex with student 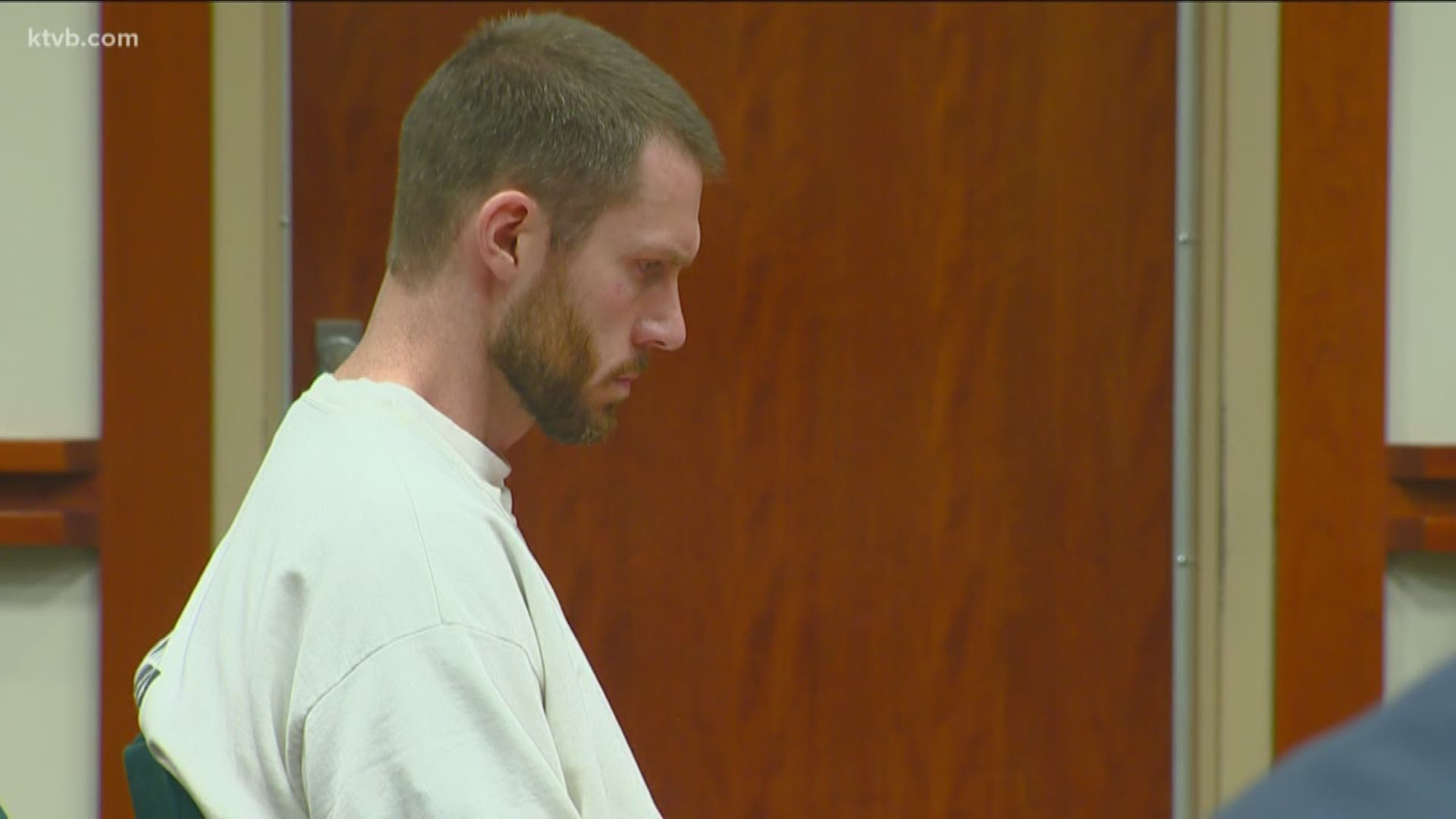 BOISE, Idaho — The teenage girl said she thought she had found a father figure and someone in whom to confide in Jeff Ranstrom. But Ranstrom, a former teacher and basketball coach at Eagle High School, had other plans.

During Ranstrom's sexual abuse sentencing on Tuesday afternoon, the teen described how her teacher manipulated and isolated her into a sexual relationship she said left her feeling betrayed and suicidal.

Ranstrom, 32,  resigned his positions at Eagle High and turned himself in to law enforcement in October after members of his family found about the relationship with the girl, who was underage when the pair began having sex. The former teacher pleaded guilty to sexual battery on a child in November.

He was sentenced Tuesday to 15 years in prison, with at least four years before he will become eligible for parole.

His victim, who spoke in court before the sentence was handed down, said the abuse began with seemingly-innocent acts: A job babysitting Ranstrom's children, offers of car rides to out-of-town games, and hand-holding that she at first interpreted as fatherly affection.

"I trusted him as a teacher, friend, and mentor, and unfortunately that trust was betrayed," the victim said. (KTVB does not identify victims of sexual assault without their consent.)

Soon, she said, Ranstrom began introducing the topic of sex into their conversations, telling the girl that he wanted a physical relationship with her. Later, he thrust his hands under her shirt, the teen said, telling her he was trying "to help me get over my insecurities."

The then-teacher even proposed a "hybrid relationship," in which the pair would act as father and daughter in public and be sexual in private. Prosecutors say Ranstrom began grooming the girl when she was a 15-year-old freshman, and went on to have a lengthy sexual relationship with her.

The teen said Ranstrom isolated her from her family, tried to force sexual acts on her that she did not want, and turned jealous when other students expressed interest in her. Since Ranstrom's arrest, she said, she has been the target of vicious harassment and name-calling.

"He robbed me of friendships and even firsts that should have been with someone my own age," the victim said. "He took so much from me, and things that can never be replaced."

Prosecutor John Dinger described Ranstrom's interactions with his victim as "textbook grooming," and argued that even in his confession to police, Ranstrom minimized the seriousness of what he had done.

"He has the audacity to refer to this as an affair, and this was not an affair," Dinger said. "It was the grooming and sexual abuse of a child."

In letters to the judge, the defendant's friends and family do the same, the prosecutor said, referring to Ranstrom's sexual relationship with an underage student as a "mistake" or "poor choice" - some suggesting that the teenage victim shared the blame.

He urged the imposition of a long prison sentence that would send a message to the community that what Ranstrom had done was unacceptable.

"There are 2,000 students at Eagle High that will be watching what your Honor does today," he said.

But Ranstrom's lawyer, Gabriel McCarthy, argued that the judge should strongly weigh the fact that Ranstrom turned himself in and confessed to what he had done. In addition, his guilty plea spared the victim the pain of having to testify during a lengthy trial, McCarthy said.

The lawyer asked the judge to place Ranstrom in the rider program.

"He did something horrible, terrible, unforgivable, and the way you show you truly want to make that right is by coming forward and confessing, not keeping it quiet," McCarthy said of Ranstrom's thinking.

Ranstrom, who sat at the defense table with his head lowered for most of the hearing, choked back tears as he offered an apology.

"Not a day has gone by that I haven't been haunted by what I've done," he said.

But Judge Jonathan Medema said it was clear that Ranstrom's actions will have a life-long impact on the victim.

"She looked up to you, she trusted you, she was being emotionally vulnerable with you, and you took advantage of all of those things so you could get what you want," he said.

Medema said he hoped the 15-year sentence sends a message to anyone else who considers targeting a child.

"I do want all the other teachers, and coaches, and counselors, and janitors, and school professionals of any kind, of any sort, who work with children to know that when they take advantage of children - when they manipulate children for their own sexual gratification -  that there will be significant consequences involving the loss of their freedom," the judge said.