Jonathan Parker "just continues to disregard and disobey this court's orders and the law," a prosecutor argued Monday. 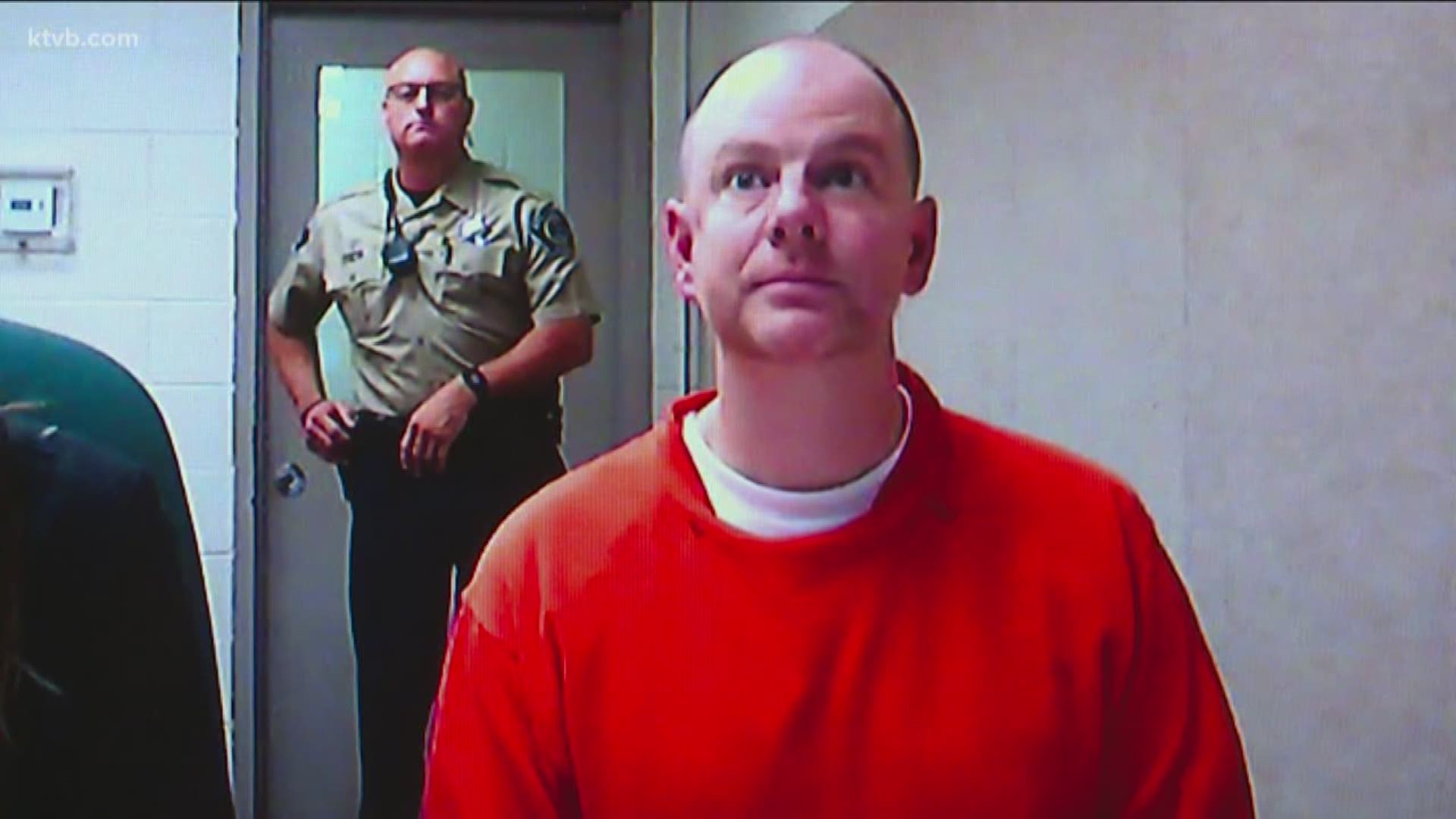 BOISE, Idaho — The former chairman of the Idaho Republican Party will remain held on a $100,000 bond after his latest felony arrest, a judge ruled Monday.

Jonathan Parker, 39, was arraigned Monday afternoon on charges of felony witness intimidation and misdemeanor violation of a no-contact order.

Prosecutor Delaney Peugh said those charges are merely the latest in series of brushes with the law for Parker.

Parker's legal troubles started after he separated from his wife in April, the prosecutor said. She obtained a protection order against him the same month.

In May, Peugh said, Parker was arrested after he was spotted peering into his estranged wife's apartment.

"Several neighbors had seen him trying to conceal himself in the bushes, wearing a disguise, trying to peep into what they thought were several windows in the apartment complex, including his wife or ex-wife's apartment," Peugh said.

Parker was arrested for felony stalking in that case, but was released from jail after posting an $80,000 bond.

His newest felony charge, witness intimidation, involves a different woman in Meridian with whom Parker had "some type of relationship," according to the prosecutor.

After learning that additional charges could be pending for going into that woman's home without permission, Parker texted the victim in that case, saying her allegations were "causing him problems," Peugh said.

"'I would do anything to make this go away. Please help me, please help me get this to go away,'" Peugh recounted, quoting from Parker's text. "He was urging her to essentially recant or retract her statements in that unlawful entry case."

Prosecutors ultimately filed both the misdemeanor unlawful entry charge and the felony witness intimidation charge against Parker. He also was charged with violating his wife's no-contact order against him after he reached out to her, in violation of the judge's order, Peugh said.

"What we have here is somebody who just continues to disregard and disobey this court's orders and the law," she said. "There seem to be no restrictions that can be placed on this individual that are stopping him from contacting both victims."

PREVIOUS: Chairman of the Idaho Republican Party steps down

But Parker's defense attorney, Randall Barnum, urged the judge to set a $10,000 bond, pointing to his client's lack of prior criminal convictions and his ties to Idaho.

After leaving his job with the Idaho GOP, Parker has been working as a lobbyist and owner of Parker Public Affairs, his attorney said.

Barnum argued that Parker did not force his way into the Meridian woman's home; rather, let himself in with a key she had given him.

The defense attorney also questioned whether that woman was telling the truth, pointing to some of her text messages with Parker.

"In one of the messages, she blatantly brings up money as a way to make the case go away," he said. "I have real, significant concerns about her credibility."

But the prosecutor fired back that Parker had admitted to secretly making a copy of the woman's house key, then using it to get inside.