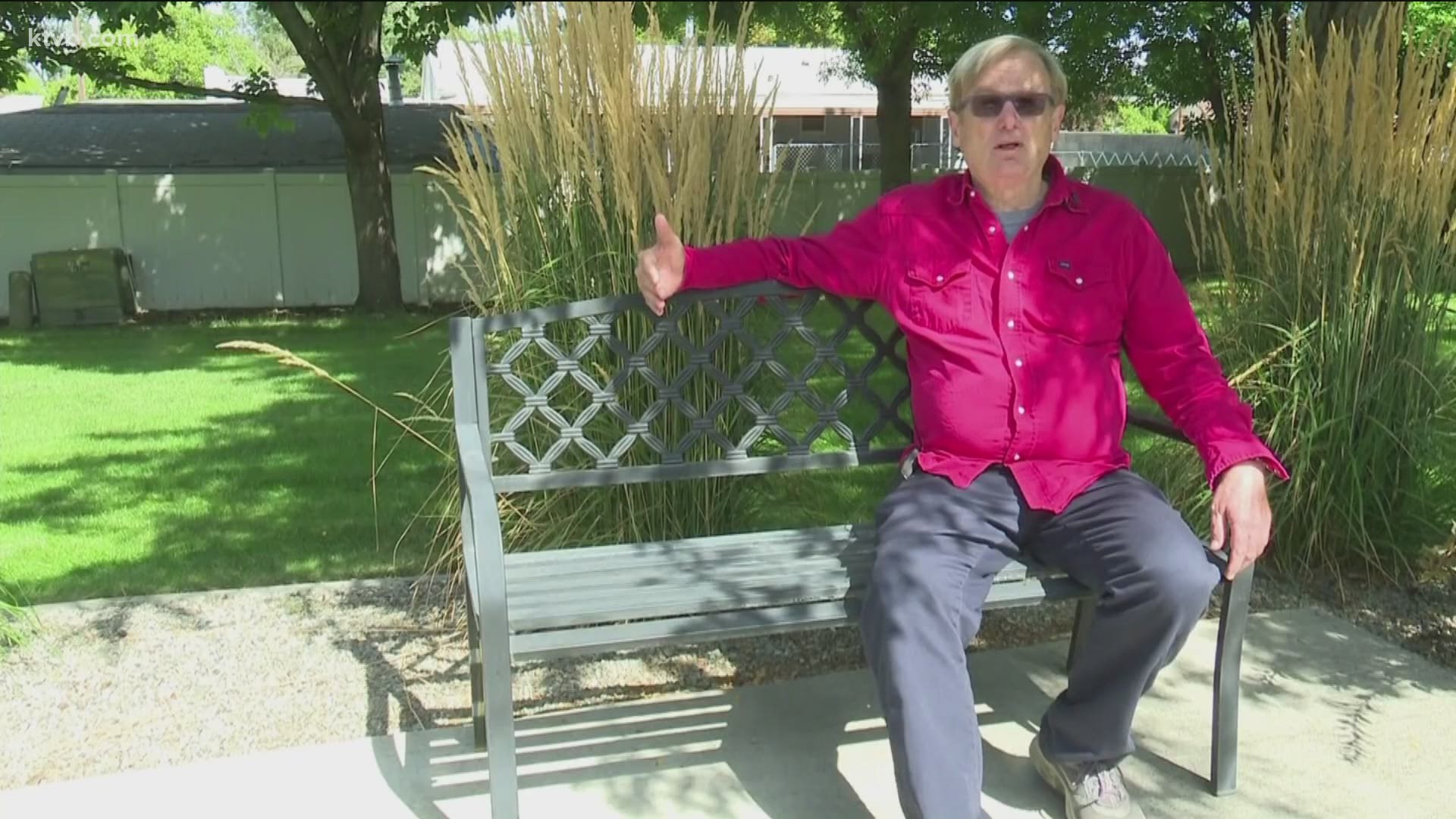 BOISE, Idaho — Former Idaho gubernatorial candidate Steve Pankey was taken into custody on Monday in connection to a cold case homicide in Colorado.

He was arrested at his home in Meridian by the Meridian Police Department without incident. He is currently in the Ada County Jail and awaiting extradition to Colorado.

Pankey is facing two first-degree murder charges, two violent crime charges, and one second-degree kidnapping charge, all of which are felonies.

The former long-shot gubernatorial candidate was arrested in connection to the death of Jonelle Matthews, who was 12 years old in 1984 when she went missing. Pankey was indicted by a Colorado grand jury.

In mid-2019, nearly 35 years after she was last seen, Jonelle's body was found at an oil and gas site not too far from where she lived in Weld County, Colorado.

"On December 20, 1984, Jonelle Matthews attended a church school choir concert about a block and a half from where we stand right now," Weld County District Attorney Michael Rourke said during a news conference on Tuesday. "She was driven home to her West Greeley home by a family friend, walked into her house and that was last time she was seen alive."

According to court documents, Pankey took Matthews from her family home against her will between 8:30 and 9:30 p.m.

The charging documents say Pankey was armed with a firearm and shot Matthews during the course of the kidnapping.

Pankey sat down for an interview with KTVB last year after he was named a person of interest in the case. Watch the full interview below:

On the night Jonelle disappeared, Pankey said, he was home with his then-wife and son, and they were getting ready to drive to California for Christmas. He claimed that it wasn't until six days later, on his way back to Colorado, that he heard she was gone.

"The car was parked in the driveway, and it was packed to the max to go to California, Big Bear Lake California for Christmas to visit my folks," he said.

However, the indictment contradicts that story. In the documents, Angela Hicks, Pankey's ex-wife, says the family trip to California actually took place two days after Matthews' disappearance, and she described it as unexpected.

She said that on the drive home to Colorado, Pankey uncharacteristically listened to the radio, searching for news about Matthews' disappearance and stated that Pankey forced her to read the stories in the newspaper to him about Matthews.

One of the reasons Pankey became a suspect was because of how much he knew about the case.

"There are a number of statements that he has made over the course of time, both to courts, to law enforcement in unsolicited letters in which he indicates some initiate knowledge in the commission of the crime - information the general public and the media was not privy to," Rourke said.

The grand jury indictment also states Pankey knew about a crucial piece of evidence that wasn't publicly released - a rake that was used to cover up footprints in the snow.

The indictment also listed the times Pankey inserted himself into the investigation. In a 1999 pleading filed with the Idaho Supreme Court, Pankey argued that if the court ruled in certain fashion, "It is reasonable for the appellant to believe he would get the death penalty for revealing the location of Jonelle Matthews' body."

The documents also state he wrote, "without a deal, this case will never be solved." He also repeatedly demanded immunity in exchange for information he claimed to possess about the murder.

Jonelle's body was found during the summer of 2019, nearly 35 years after her disappearance in 1984. She was still wearing the clothes that she was last seen in.

Soon after Pankey spoke with KTVB in 2019, he sent a statement declaring his innocence and later claimed he was being framed by police. He denied any involvement with Jonelle's death.

Pankey's attorney, Anthony Viorst, spoke with 9NEWS, KTVB's sister station in Denver. He said he expects Pankey to be exonerated of all charges and that the Greeley Police Department doesn't have any evidence against him.

"My reaction is I'm actually surprised at the fact that they indicted him on these charges," Viorst said. "I'm really aware of zero evidence that connects him to this crime."

Viorst said his client is craving attention and that's why he does the interviews with the news and inserted himself into the case.

"I can’t explain why Mr. Pankey does that," he said. "Again, there’s more of maybe some sort of minor psychological issue going on there with him. He talks a lot but he doesn’t really say anything about this homicide because he doesn’t know anything about it. He didn’t do it."

His attorney also wanted to remind people that his client has not been convicted of anything and is still presumed innocent.

"As I understand it, all of the evidence is circumstantial and it’s really as far as I can tell very weak circumstantial evidence. So, I would certainly ask the community at large to withhold judgment until the full story is told," he said. "I think once the full story is portrayed in front of a judge or jury, the ultimate conclusion that Mr. Pankey is innocent will become very clear."