Armando Montes is facing multiple charges in connection with the incident. 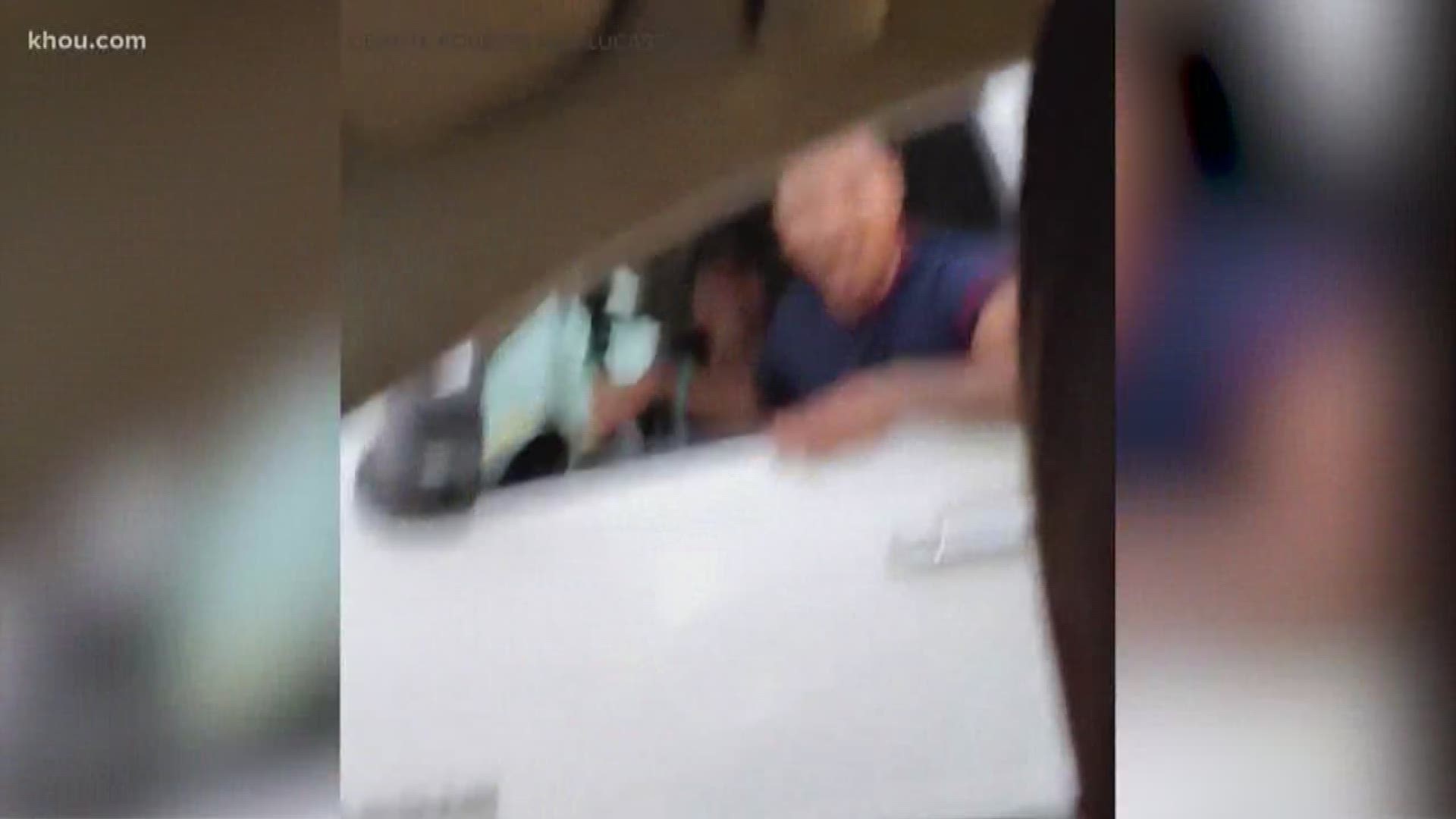 Martin was driving the car with his girlfriend, Summer Rose, in the passenger seat and their 1-year-old child in the backseat.

Toward the end of the video, the SUV took an exit toward FM 2090. While the SUV was exiting, it struck a motorcyclist, who was ejected from his bike. The motorcyclist was taken to an area hospital in stable condition.

Montes had his wife in the passenger seat and his 7-year-old child in the vehicle, according to authorities. He was arrested and charged with child endangerment and aggravated assault.

Police said it started because Montes said Martin cut him off.

Splendora Police posted on their Facebook page Tuesday night that Montes was already out on bond for Felony DWI with a Child. He was booked into the Montgomery County Jail.

Martin said he was scared during the incident because of how Montes was acting.

"Oh, man! It wasn’t fun. The scariest part about it was having my son in the backseat," Martin said. "He was acting like a lunatic who was not really giving you the opportunity to get away either. If we speed up then he’s speeding up, if we slow down he’s right next to us. I didn’t know how to handle it. It was wild."

Even though Martin said Montes was acting erratically, he said that after striking the motorcyclist, Montes stopped and helped.

Splendora Police Chief Wally Wieghat said the entire incident could have been avoided.

He said both drivers played a role in escalating the situation, and advises other drivers not to do what Martin did by pulling up alongside the vehicle.

”Truly I would not recommend that. They’re probably trying to get a good facial picture of him for law enforcement, but the license plate will suffice," said Chief Wieghat. ”He’s assuming this guy doesn’t have a weapon. That’s an assumption that can get you killed.”

Chief Wieghat said drivers should just stay back, call 911, describe the car and license plate, and put as much distance from the other car as possible.

"I understand the complainant in this case being upset and wanting justice, but you have to be careful at what expense you get that justice," said Wieghat.