Tapp spent 20 years in prison for the rape and murder of 18-year-old Angie Dodge, for which he was later exonerated. 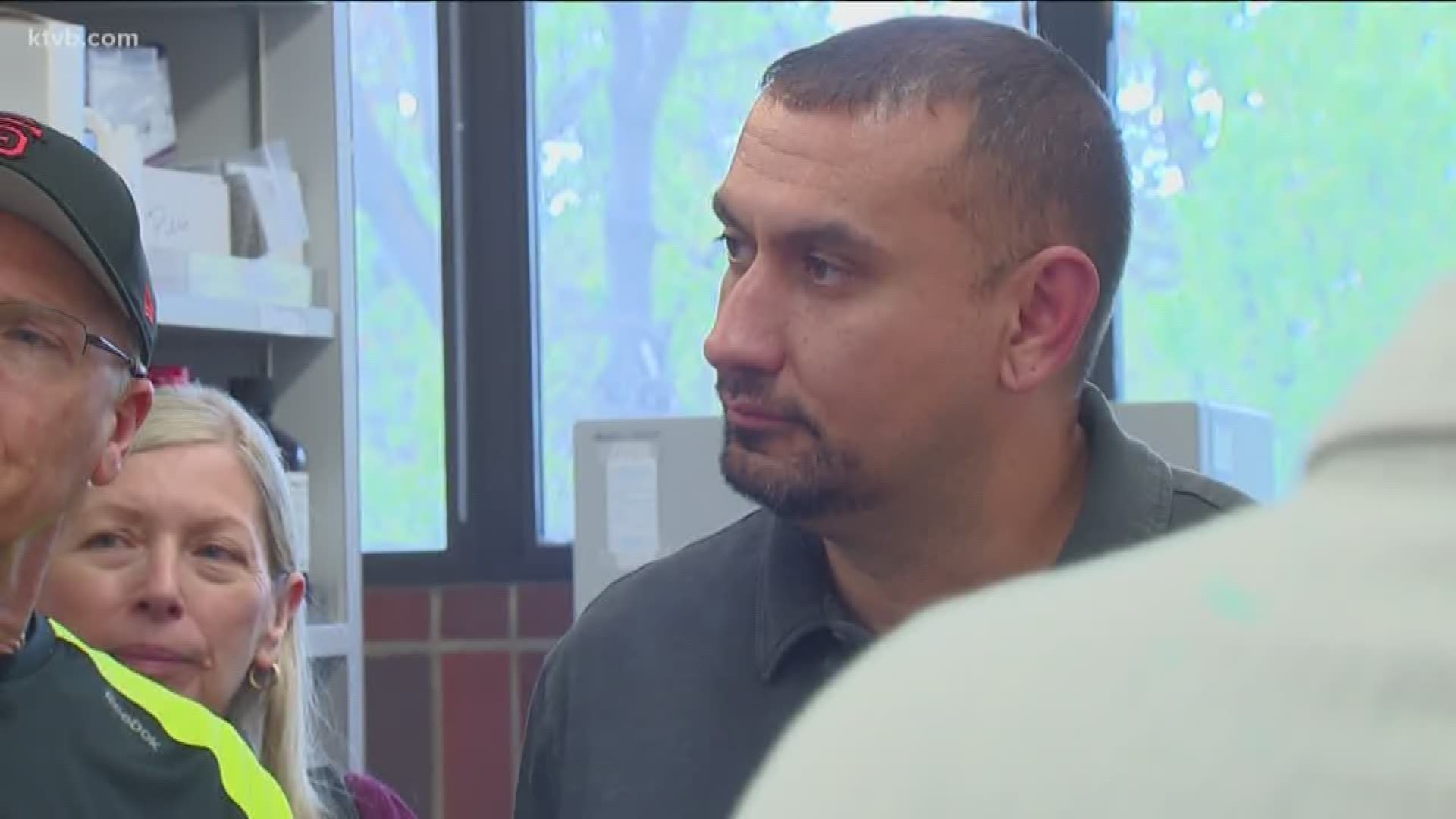 IDAHO FALLS, Idaho — An Idaho man who spent half his life in prison for a crime he did not commit is suing for compensation for the time he spent behind bars.

Christopher Tapp was arrested in 1997 for the rape and murder of 18-year-old Angie Dodge. Dodge was killed in her Idaho Falls apartment in June 1996. One year after his arrest, a jury found Tapp guilty of the crime and he was sentenced to 30 years to life in prison.

During the investigation, Tapp confessed to the murder but later claimed the confession was coerced by police.

A witness at the time said she had heard Tapp talking about the murder. She too later claimed her statement had also been coerced by police.

Tapp tried multiple times for an appeal and post-conviction relief. Advanced DNA technology showed no form of DNA evidence left at the scene matched Tapp. He was released from prison in 2017 and credited with time served.

In May 2019, additional advances in DNA testing through genealogy led to the arrest of Brian Leigh Dripps, of Caldwell. Dripps lived across the street from Dodge at the time of her death. After being questioned by police, he confessed to the murder and Tapp was exonerated.

Now, Tapp is suing the Idaho Falls Police Department for compensation. A tort claim filed by Tapp names the agency, as well as several individual officers and detectives who worked the case.

Though no dollar amount was listed, the claim is suing for damages stating that Tapp's First, Fourth, Fifth, Sixth, Eighth and Fourteenth Amendment rights were violated.

Among other things, the claim seeks compensation on the grounds of false imprisonment and arrest, malicious prosecution, defamation, libel, negligence, and emotional harm and distress.

The claim states that Tapp's confession was coerced through multiple tactics such as "psychological manipulation, threats, and false promises."

It also alleges that the witness statement was coerced. The tort claim also details how no physical evidence from the crime scene matched Tapp when he was convicted.

The Idaho Falls Police Department issued the following statement about the pending lawsuit:

"The Idaho Falls Police Department is proud of the work done in recent months that lead to the arrest of Mr. Dripps and additional information about the Angie Dodge case. The city has received notice of Mr. Tapp's intent to file a lawsuit and will participate in the process moving forward."

Former Idaho Attorney General and Lieutenant Governor of Idaho David Leroy told KTVB that this is "not a cookie-cutter case" and there "are a lot of factors to consider."

He added that generally speaking, police officers have a lot of protection against lawsuits as long as they acted with lawful intent, but Leroy said there are other cases of exonerees successfully filing suit and receiving compensation.

In 2004, the federal government passed the Justice For All Act, which guarantees monetary compensation for those exonerated of federal crimes. However, when it comes to individual states, it varies.

Idaho is currently one of 15 states that does not have a compensation statute in place for those wrongfully convicted of a crime.

According to the National Registry of Exonerations, there have been 2,535 exonerations in the U.S. since 1989.

A study done by NRE shows that between 2005 and 2009, 173 out of 351 exonerees received compensation for their wrongful convictions.

In a previous interview with KTVB, Tapp stated he was grateful to have his name cleared and he hopes his story is an example for future cases.

“I truly hope that through all this….that it doesn’t ever happen again," he said.  "That the police, criminal justice system or anybody else doesn’t get so tunnel vision and close-minded and just pinpoint on one thing and continue to look. Because look 23 years later, they were actually able to solve the crime.” 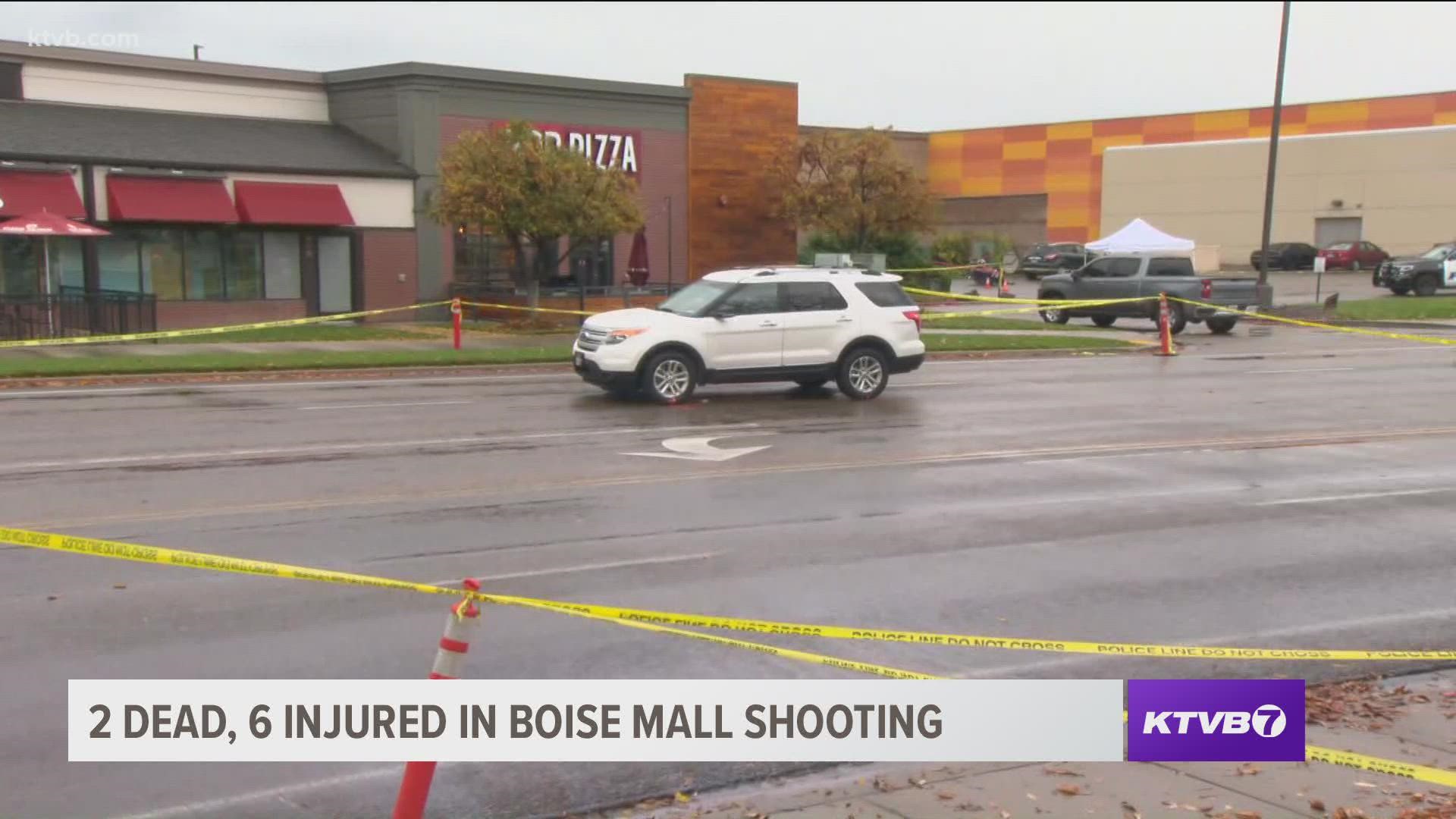