Krystal Lee is the prosecution's star witness in the trial of Patrick Frazee, who is accused of murdering Woodland Park mom Kelsey Berreth. 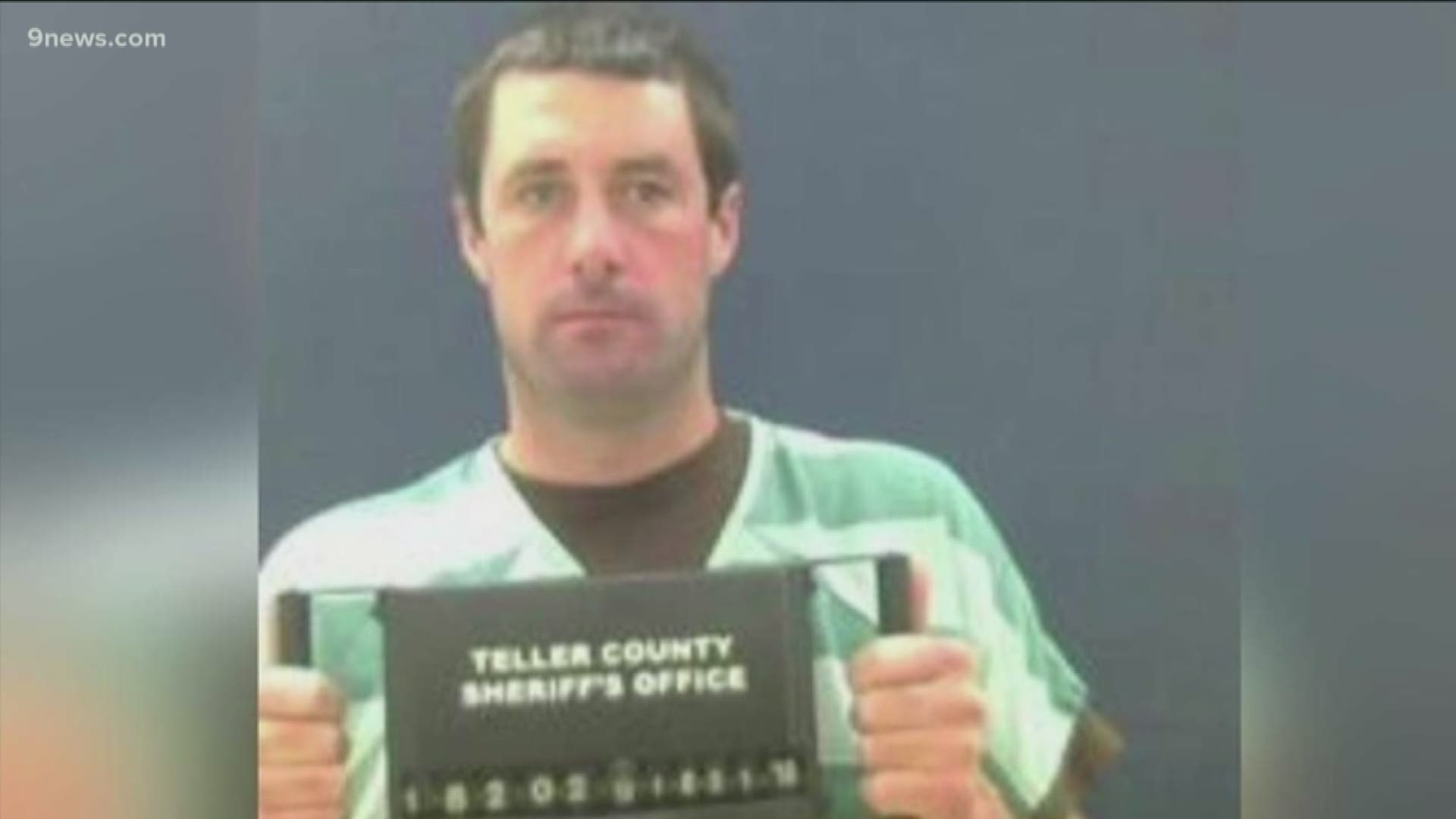 CRIPPLE CREEK, Colo — Following more than a day 1/2 of bombshell testimony from Idaho nurse Krystal Lee, the jury heard from numerous witnesses who began to corroborate parts of her story — including her father.

Lee has pleaded guilty to tampering with evidence for disposing of Woodland Park mom and flight instructor Kelsey Berreth’s cellphone. Berreth is now presumed dead, and as part of her plea deal, Lee agreed to testify against Patrick Frazee — the man accused of murdering her.

The efforts to corroborate Lee’s testimony began on Thursday afternoon, when prosecutors called in two teenage boys who said they helped Frazee move a trough on his ranch and cover up a part of the property where a burn had taken place. This was significant, because Lee alleged that she watched Frazee burn a black tote containing Berreth’s body inside a trough at his ranch in Florissant. The two ranch hands, however, said Frazee burned trash frequently, and they did not think anything was out of the ordinary.

The first witness called to the stand on Friday owned the ranch where Lee claims Frazee stored the tote before he burned it. That witness — Julie Nash — said Frazee was leasing the property from her for his cattle and had access to a red hay barn.

About two months after Frazee was arrested, Frank Hurst and his cadaver-sniffing bloodhound Radar were sent to that barn to look for human remains. While Radar did not take the witness stand (Hurst said he was concerned the 140-pound dog would slobber all over the 115-year-old courtroom in Teller County), he was certified as an expert nevertheless.

“This is the first time I’ve ever certified an animal as an expert before,” Judge Scott Sells said, evoking a laugh from the jury after two days of emotionally-charged testimony.

Lee claimed that she went with Frazee to the ranch on Nov. 24, 2018 and watched him go up onto a pile of hay bales and use a tractor to haul down the tote that contained Berreth’s body. Hurst, who was asked to bring Radar to the ranch, said the cadaver-sniffing dog signaled that he had detected evidence of a dead human body in the area of a discolored hay bale at the top of the pile.

Prosecutors showed a photo of that hay bale, which was darker than the others. In a video shown to the jury,  Radar is seen sniffing the hay bales and sitting down on the discolored area — something Hurst said was a signal the dog believed human remains had been there.

Hurst was also asked if Radar could detect human remains after a cleanup.

Lee claimed that she came to Woodland Park the morning of Nov. 24 and cleaned the bloody crime scene left behind in Berreth’s apartment with bleach. During her testimony, Lee said Frazee fatally beat Berreth — his fiancee and the mother of his child — with a baseball bat the afternoon on Nov. 22. That day, she said he called her and told her she had a “mess to clean up.”

Brian Eberle also has a bloodhound. He was asked to bring her to Berreth’s condo on Dec. 21, the day that Lee came to Colorado to cooperate with investigators, and also the day that Frazee was arrested for Berreth’s murder.

Eberle said his bloodhound detected human remains near the sedan parked outside of Berreth’s home. Lee had previously claimed that she placed a bag containing bloody remnants of her cleanup efforts next to that vehicle before loading them into the Volkswagen Passat she had borrowed from a friend.

The bloodhound — her name is Lucy — also sniffed the inside of Berreth’s condo, but Eberle said she did not signal evidence of human remains anywhere but the bathroom, where there was a dirty pair of underwear. During previous testimony, police said blood was found under Berreth’s toilet.

Prosecutors allege that Berreth was killed on Nov. 22 — Thanksgiving Day. This is the last time a neighbor’s surveillance video captured her entering her apartment, and she was not seen alive again. A manager at the hospital where Lee worked as a nurse testified that Lee was in Idaho and had used her badge to enter parts of the facility on Nov. 23. That’s also the day Lee said she had asked a co-worker to cover one of her shifts so she could come to Colorado.

Lee’s father testified that she had been present at Thanksgiving dinner, and he had also seen her the next day. He was asked to briefly describe his daughter.

Lee claimed that she had a long and complicated relationship with Frazee that dated back to 2006, when the pair met at the Teller County fair. She said she married another man, but that Frazee had been the one that got away. She said the pair had an affair and were on-and-off until resuming their relationship in March 2018. Lee said that fall, Frazee asked her to kill Berreth on three occasions, but she never went through with it.

Sidney Kenney said he knew that Lee had dated Frazee. He said she told him a little bit about him and “I didn’t think I liked what she was saying, what she was telling me.” He said his daughter had also told him she and Frazee owned animals together.

During her testimony, Lee said she left Idaho the night of Nov. 23 and reached Woodland Park about 12 hours later, the morning of Nov. 24. After spending multiple hours cleaning Berreth’s apartment, Lee said she went to Sonic, where she picked up lunch for Frazee and his young daughter.

In surveillance video shown in court, Lee is seen going through the Sonic drive-thru near Berreth’s condo at around lunch-time on Nov. 24.

Later that day, Lee said she went to Frazee’s ranch in Florissant, where she said he told her about the murder — and asked her to go with him to retrieve Berreth’s body. She claimed it was snowing and that she wanted to leave for Idaho sooner rather than later. In surveillance footage shown in court, snow is seen on the pavement outside the Florissant Conoco not far from Frazee’s apartment.

Lee also told police that during the afternoon of Nov. 24, she drove to Woodland Park and sent Frazee a text from Berreth’s phone. She said she went to the Florissant Conoco and parked her car. Surveillance video showed in court showed her pulling into the parking lot.

Frazee’s red truck is seen pulling into the snowy parking lot a few minutes later, and he is seen filling his truck with gas. He also took a bright red gas can out of the truck, according to the surveillance video, and is seen apparently filling it up and putting it back. Lee claimed that Frazee poured gas on the tote containing Berreth’s body when he lit it on fire. A faded red gas can recovered from Frazee’s property that looks similar to the one in the video was shown in court.

During Lee’s testimony, she said she left the Passat that was loaded with bags of bloody items from inside Berreth’s apartment at the gas station, got into Frazee’s truck, and went with him to the ranch where he had allegedly kept the tote.

In the surveillance video, Frazee’s truck is seen leaving the Conoco. Lee’s sedan was not.

Lee claimed after leaving the gas station, she went with Frazee to the ranch, picked up the body, and watched him begin to light a fire at his property. She said at some point, she took his red truck back to the Conoco to pick up the Volkswagen.

In the surveillance video, the red truck is seen pulling up to the gas station and heading to the parking area where the Passat was parked. A short time later, that sedan is seen driving away on US 24, toward Frazee’s ranch.

At the ranch, Lee claimed that she put the trash bags from Berreth's home into the fire, and that the two of them drove back to the Conoco later that night to pick up Frazee's truck.

The final piece of surveillance video showed the Volkswagen pulling into the parking lot and out of sight -- toward the parking area. It left a short time later, headed west -- the direction Lee said she went to return to Idaho.

Frazee's pickup truck is also seen pulling away, back toward his ranch in Florissant.

Frazee's trial began on Nov. 1 and is slated to last for three weeks. 9NEWS is in the courtroom and will provide updates during breaks. Live video and updates are prohibited under a decorum order.