'Bruises all over his body': Meridian boy was beaten, starved, locked in closet before death, prosecutor says 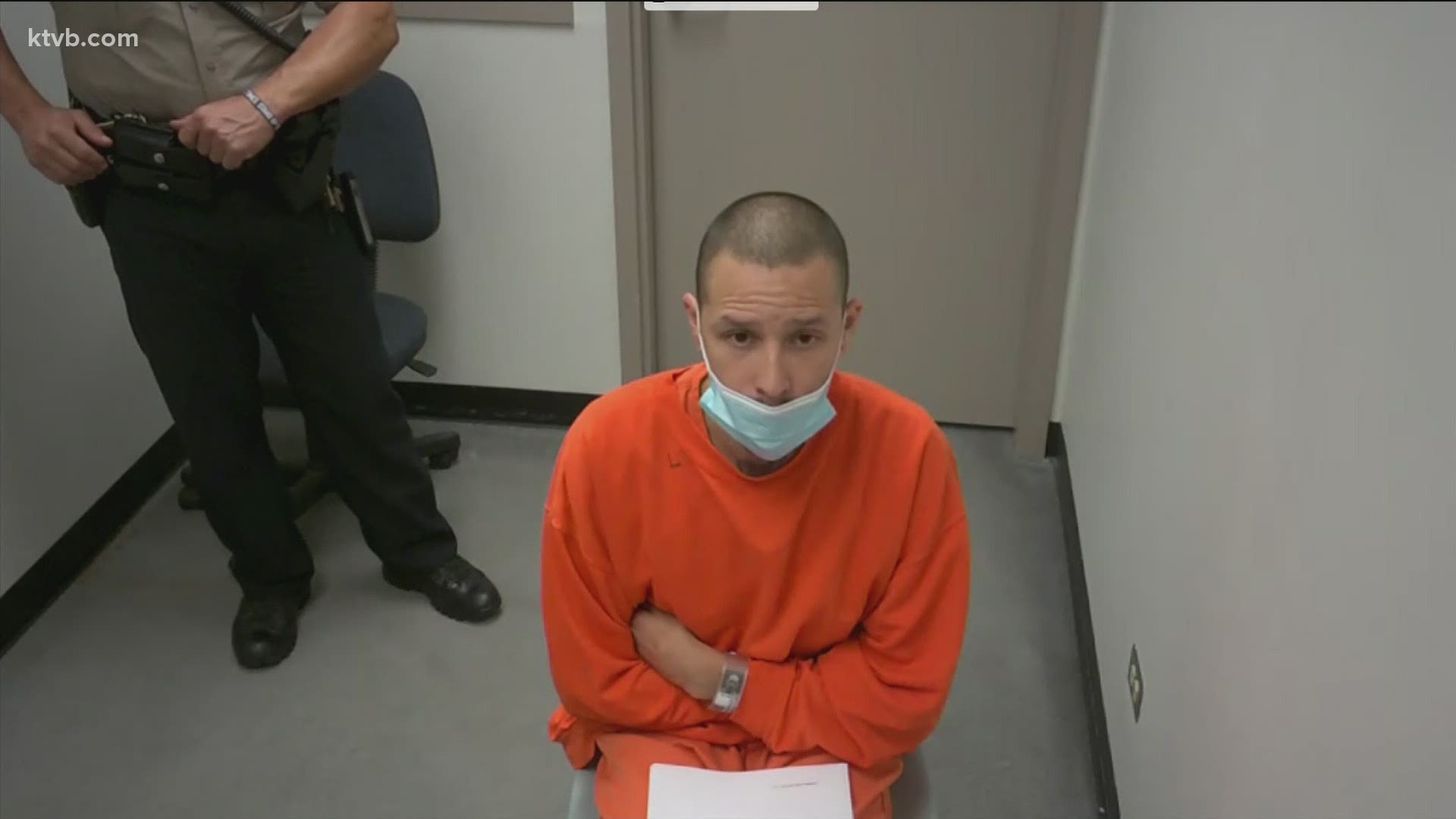 A 9-year-old boy who was found lying in a Meridian apartment Tuesday with no heartbeat, covered in bruises and vomit, suffered months of "horrific" torture at the hands of his stepmother and father, a prosecutor said.

The child, identified as Emrik Osuna, was pronounced dead in the pediatric ICU at St. Luke's hours later.

His stepmother, 27-year-old Monique Osuna, is charged with first-degree murder in his death. She sobbed in court Thursday afternoon as a judge detailed the charge against her.

Prosecutor Tamara Kelly said that Emrik was not attending school and had no escape from his stepmother's abuse.

"Due to COVID, she's been working from home and since [Emrik] was not in school, she essentially had access to him all day long," Kelly said.

According to the prosecutor, Monique Osuna admitted to police that she had kicked the boy in the groin and beaten him with a frying pan, a wooden spoon, a backscratcher and a belt, later switching from the belt to a dog leash because the leash was "heavier."

"In combination with this physical abuse, this defendant admitted to what is essentially torture of E.O. by locking him in a small closet at night to sleep, withholding food, making him do physical strenuous punishments while she was working," Kelly said.

Kelly said Emrik was forced to do jumping jacks and wall sits for long periods of time, only allowed to stop for a moment when his stepmother took a break from her work.

Emrik's father, Erik Osuna, knew that his wife was abusing the 9-year-old, but did nothing to stop her, Kelly said.

Credit: Ada County Jail
Erik and Monique Osuna are each charged with one felony count of injury to a child.

Erik Osuna told police that Emrik had been given nothing to eat but rice and water for weeks before he died, the prosecutor argued.

"He admitted he did nothing to save his son," she said.

Erik Osuna is not accused of murder in the case, but is charged with felony injury to a child, infliction of great bodily injury and destruction of evidence. The prosecution says that after dialing 911, the boy's father took down nanny cameras inside the house and gave them to someone else to hide.

Police have recovered those cameras, she said.

There is also evidence that the couple waited to call for help as Emrik lay dying, Kelly said.

At around 5 p.m. Tuesday, according to investigators, Erik Osuna texted his wife that they needed to take the boy to the hospital, signaling that he knew the child was badly hurt.

"I know you are scared, I am too," he texted Monique Osuna.

But no one took Emrik to the hospital. The couple did not call 911 until about 9:40 p.m., more than four hours later.

Officers who responded to the Rushmore Apartments where the family lived reported that Emrik was not breathing and had no pulse when they arrived. The boy appeared malnourished and pale, and had vomit leaking from his mouth, police said.

Responders performed CPR on the 9-year-old and rushed him to St. Luke's, but doctors were unable to revive him.

Kelly said an examination revealed that Emrik was badly dehydrated and malnourished, and had scores of injures.

"The little boy had bruises all over his body, specifically on his buttocks, groin, legs and torso," she told the judge. "Some of the bruises were extremely large and essentially covered the back of his body."

The Osunas' three other children, ages nine, four and four months, were removed from the home and placed in the custody of Idaho Health and Welfare.

The prosecutor asked Judge Kira Dale to keep both parents in jail and bar them from having any contact with the three surviving children.

"Those children are witnesses and by the nature of the abuse, are in danger if [Monique Osuna] has access to those children," Kelly said.

In addition, she argued, Erik Osuna should be considered a "flight risk," noting that he is in the U.S. illegally, is unemployed, and has few family ties or connections to Idaho.

Judge Dale ultimately set bond for Monique and Erik Osuna at $2 million each, and granted a no-contact order with all three children.

Both are due to appear in court Sept. 17 for their preliminary hearings.