Emrik Osuna, 9, died in September after months of abuse and starvation, prosecutors say. 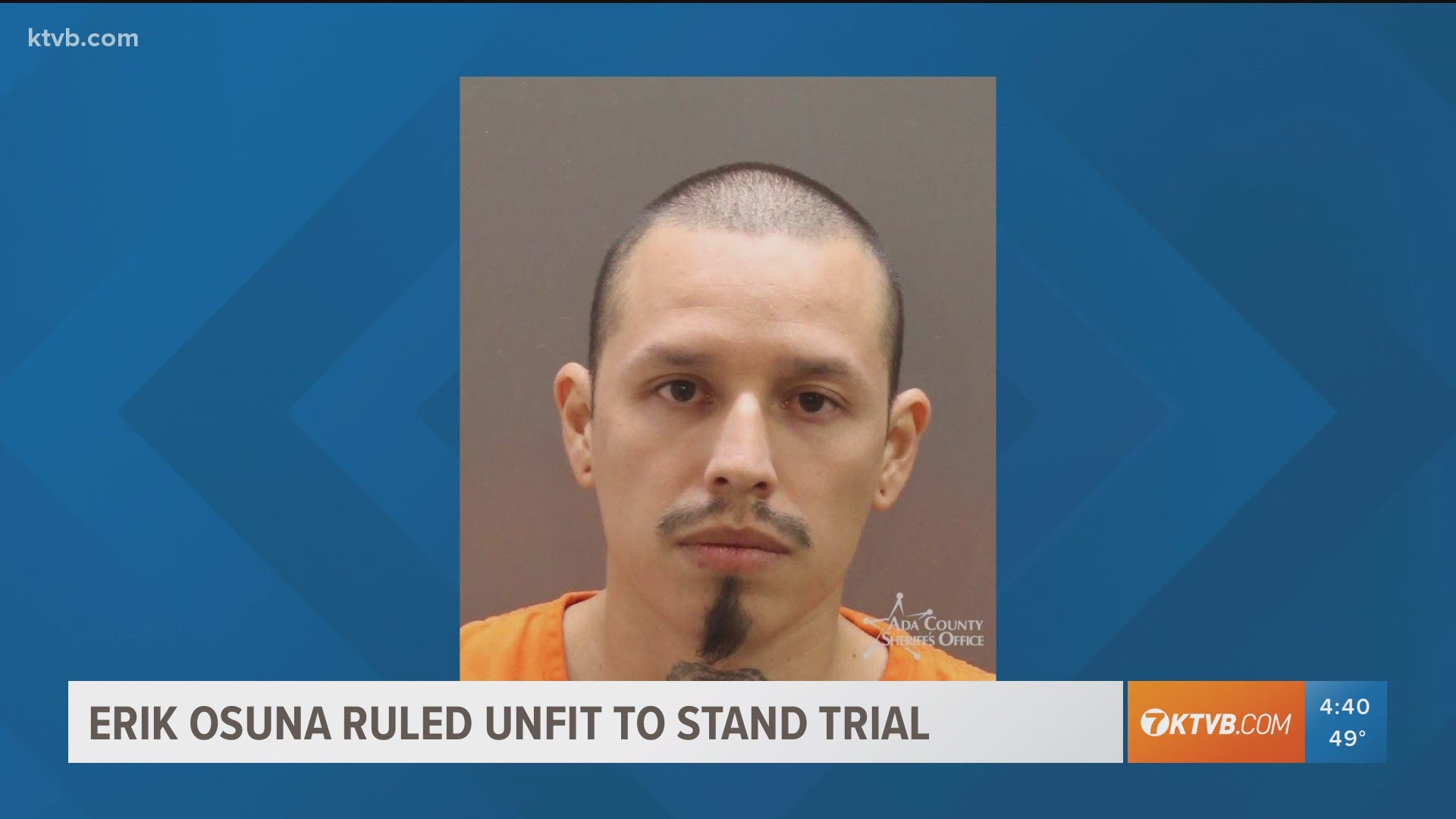 BOISE, Idaho — The father of a 9-year-old boy who prosecutors say died after months of abuse is not mentally competent to stand trial in the murder case against him, an evaluator found.

Erik Osuna, 30, is charged with first-degree murder, felony injury to a child, destruction of evidence, and infliction of great bodily harm in the death of his son, Emrik Osuna.

Investigators say Emrik was physically beaten, locked in closets, forced to do repetitive exercise as punishment, and starved over the course of several months by his stepmother, 28-year-old Monique Osuna. Erik Osuna knew his wife was abusing the 9-year-old, prosecutors say, but never intervened, and later tried to hide evidence of what had happened to the boy.

First responders called to the family's Meridian apartment in September 2020 found Emrik not breathing and covered in bruises. He was rushed to St. Luke's Children's Hospital, but did not survive.

Prosecutors say both Erik and Monique Osuna realized that Emrik was badly hurt, but waited hours before calling 911.

It's unclear what mental health issues have made Erik Osuna unfit to stand trial in the case. Idaho law specifies that a defendant must be able to understand what is going on in court and be able to assist their attorneys in their own defense.

Idaho does not have a so-called "insanity defense" by which a defendant can be found not guilty of a crime due to their mental state. Someone ruled unfit is typically held in jail, the state hospital, or Idaho Department of Correction facility where they receive treatment for their mental health issues.

If, over the course of that treatment, evaluators decide a suspect has regained competency, the case will move forward to trial.

Monique Osuna has not been ruled mentally incompetent in the case.

A status conference for both Osunas is set for Feb. 24, with a preliminary hearing scheduled for March 3. Both remain held in the Ada County Jail.