Emmett woman charged in Taryn Summers case back in court

Connie Smith, 54, was arrested after investigators found the body of a missing 8-year-old inside a trash bag. 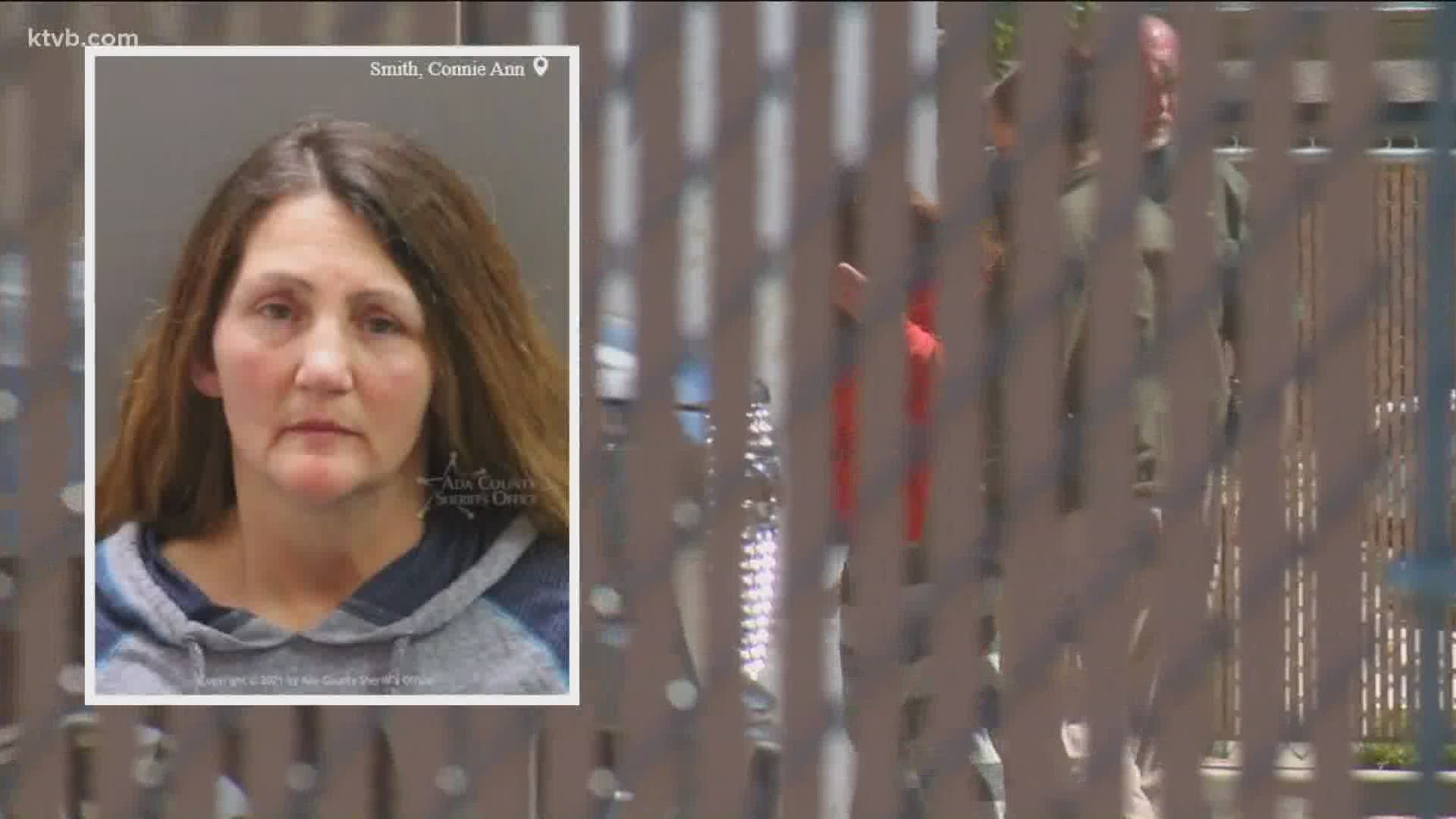 The 54-year-old Emmett woman is charged with felony failure to notify of a death and destruction of evidence after police discovered the body of her 8-year-old granddaughter inside a plastic trash bag in a car parked outside her home earlier this month.

The dead girl is believed to be Taryn Summers, who was reported missing on April 12.

Authorities have not officially released the victim’s name or a cause of death, although Gem County Sheriff Donnie Wunder said the dead body is believed to be Taryn Summers.

In court Tuesday, Judge Tyler Smith heard a motion to grant Connie Smith a public defender. The judge questioned Smith about her income and property.

Smith told the judge she owned her home on Airport Road, worth around $200,000, but did have a medical lien she estimated was approximately $8,000. She claimed to have no income. She also owns a truck and an older motorcycle.

The judge appointed her a public defender subject to reimbursement.

Smith was originally booked into the Ada County Jail on a charge of first-degree murder but is not currently facing any murder charge. If convicted, she could face up to 10 years in prison on the failure to notify charge, and up to five for destruction of evidence.

Two of Taryn's siblings, 17-year-old Tristan Conner Sexton and 14-year-old Taylor Summers, are both considered runaways and are not in immediate danger. Deputies say the two have had frequent contact with their family members since going missing.