Court documents say Nolan Strauss stabbed a Black man who was sitting at a booth at an Arby's in the town of Ontario. 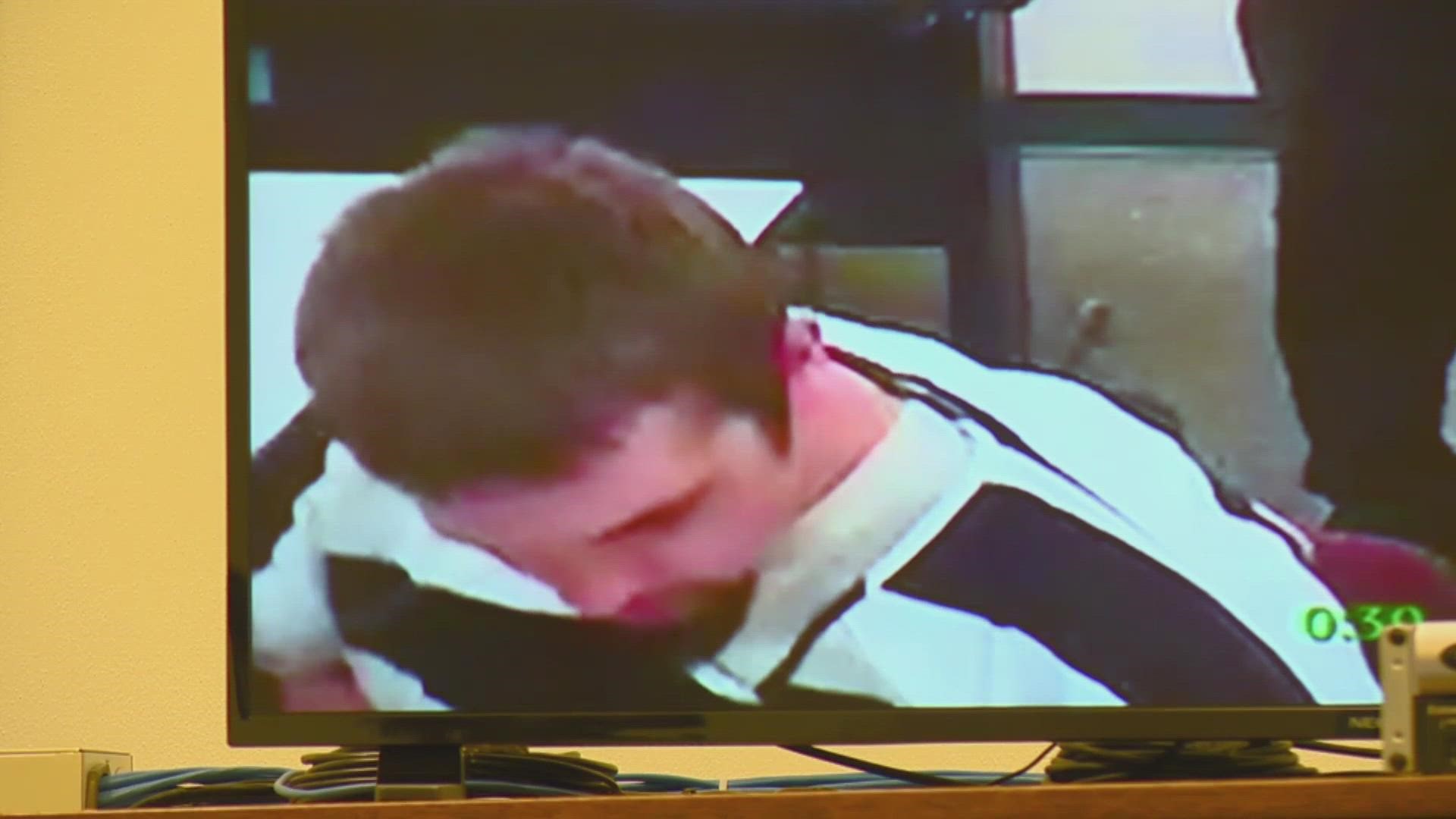 ONTARIO, Ore. — On Thursday, a judge in Lane County sentenced Nolan Strauss to 16 years in federal prison and five years of supervised release for stabbing Ronnell Hughes, a Black man, at an Arby's restaurant in Eastern Oregon in 2019. He had faced a maximum sentence of life in prison.

Hughes, 49, spoke with reporters after the sentencing.

"It's the only way that I can move on. I can't be angry with him forever. I got to move on with my life. I can't dwell on the past," he said.

Hughes also said he still has problems from the injuries he suffered in the attack.

Court documents say Strauss, a 27-year-old white Colorado man, stabbed Hughes who was sitting at a booth at an Arby's in the town of Ontario. The victim was waiting to meet with the restaurant manager for a job interview when he was stabbed twice in the neck. Hughes was life-flighted to a hospital in Idaho for emergency surgery.

A maintenance worker used a belt to tie Strauss' hands before police arrived and arrested him.

According to court documents, when the worker asked why Strauss stabbed the man, he replied "Because he was Black, and I don't like Black people." Court documents also say Strauss told detectives he was sitting in his truck "foolin' around with the idea" about hurting someone when he saw Hughes walk inside. Strauss also said his actions were "sort of religiously motivated" and "pretty racist" and admitted to not knowing the victim.

On Sept. 17, 2020, a federal grand jury in Eugene indicted Strauss with a hate crime involving an attempt to kill. Strauss pleaded guilty.

Strauss pleaded guilty to the federal hate crime on June 17, 2021.

Scott Erik Asphaug, the acting U.S. Attorney for the District of Oregon, held a press conference with law enforcement following the sentencing on Sept. 9, 2021.

“We hope the lengthy sentence imposed today will bring some measure of peace and closure for the man viciously attacked by Nolan Strauss,” said Asphaug. “The sentence should also send a clear message to anyone contemplating similar acts of violence: Hatred and bigotry will not be tolerated.”

RELATED: Reported hate crimes on the rise in Oregon. FBI encourages more victims to speak up