To this day, some of those jurors still get together to talk with one another about the case, their lives, and the gruesome details they heard in court. 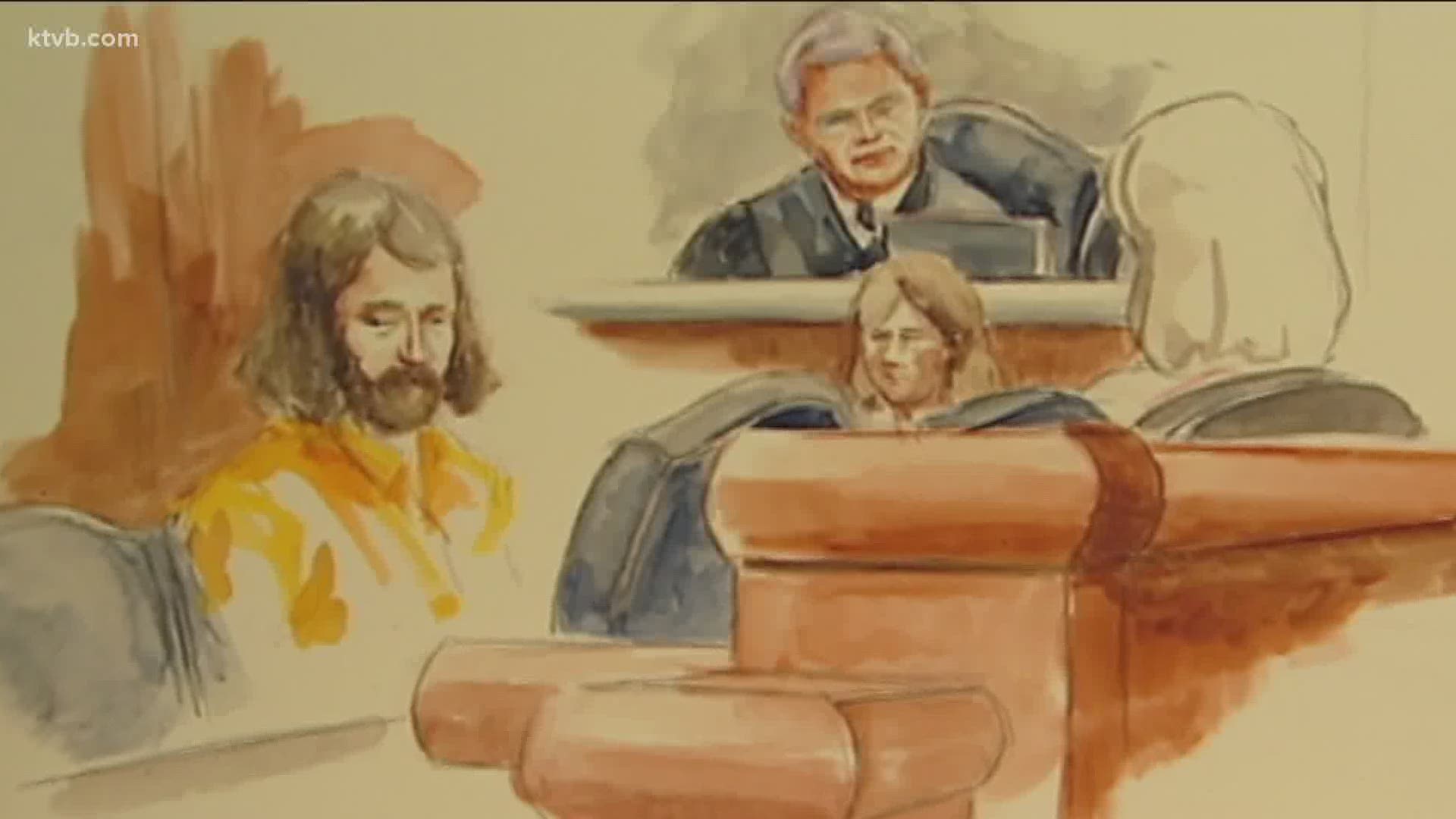 BOISE, Idaho — Days after the death of serial killer and kidnapper Joesph Duncan, members that served on the jury during the sentencing phase of his 2008 trial are looking back on the experience.

Duncan was sentenced to death in 2008 in federal court for murdering four members and kidnapping two members of the Groene family from Coeur d'Alene. He ended up pleading guilty to the crimes and a jury was empaneled to decide his sentence.

On March 28, Duncan died as a result of terminal brain cancer.

To this day, some of those jurors still get together to talk with one another about the trial, their lives, and the gruesome details they heard in court.

“I had no idea,” Juror Tommy Watkins said. “I've been on a local trial selection from where I live, and nothing really came from it but to get on something that big of a scale was crazy.”

Watkins was born and raised in Canyon County. He’s worked for a local fiber-optic company for more than 16 years and never thought he would be one of the jurors selected for the Duncan sentencing.

“It was pretty dramatic,” he said. “Lots of people had a rough time with it afterward.”

Watkins was on that jury with Susan Lincoln, an Idaho native. She retired last June after working for the Wilder School District and currently lives in Wilder.

“Did I realize how big it was going to be and how it would affect us? No,” she said. “I had no idea until we sat through it.”

The sentencing phase went on for two weeks, but it was two weeks of gruesome details the jurors had to sit through. They had to listen to the details of what Duncan to did the Groene family and watch videos.

“This was in your face, we were looking at videos of the abuse. It was difficult,” Lincoln said.

To this day, Lincoln still can’t completely block out what she heard and saw in that courtroom over ten years ago.

“He felt evil, it felt like there was evil in the room. I don't even know how to describe it,” she said.

Lincoln and Watkins are part of a group of jurors that still gets together from time to time. Usually, a handful of them will go out for dinner. While the details from the case aren’t always on their minds, it does come up. They look to the other jurors as a support group essentially.

“We leaned on each other quite a bit,” Watkins said.

Lincoln told KTVB there is comfort in discussing something traumatic with people that also went through the same thing.

“You went through something with them, so everyone knows where you've been,” she said.

Neither juror had any trouble sentencing Duncan to death.

“Because I saw what he did,” Lincoln said.

Both Lincoln and Watkins feel a sense of relief knowing Duncan is dead, not just for themselves, but for Shasta Groene who is the lone survivor of Duncan's Idaho killing spree.

“Then when they said he was dead, I was glad. I was relieved. Shasta deserves not to have to think about him,” Lincoln said.

As a group, the jurors issued a statement on the manner in which Duncan died:

“It was very frustrating to find him guilty and give him a death sentence and watch him stay alive for the next 12-13 years and to die a natural death. Somethings wrong with the laws.”