If convicted, Jason Verwer could face up to life in prison. 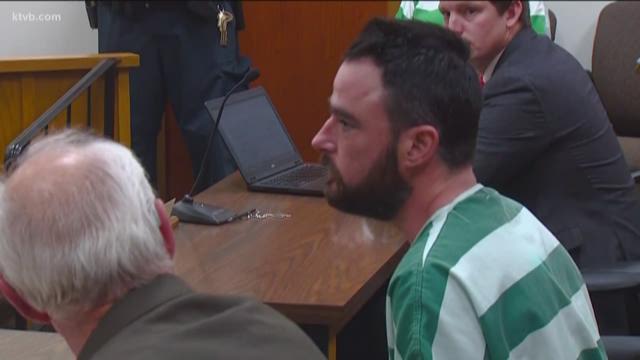 The driver accused of intentionally striking and killing a young couple in Fruitland last week was arraigned in Payette County courtroom Tuesday afternoon.

Jason Verwer, 37, is charged with two counts of second-degree murder and facing the possibility of life behind bars if convicted.

Verwer is being held on $1 million bond.

Payette County Prosecutor Ross Pittman wanted bond set at $2 million, saying Verwer is a threat to public safety because of the circumstances of this case.

Pittman recited an eyewitness account of what happened last Wednesday. It detailed Verwer going extremely fast down Highway 95 and abruptly swerving into Matthew Parkinson, 22, and his wife Amelia, 17.

The couple were holding hands while walking on a Fruitland sidewalk before Verwer ran them over.

According to the witness, the victims were dragged by Verwer's vehicle until it came to a stop and allegedly he never braked once.

Verwer was apprehended at a nearby Maverick gas station and taken to a mental health facility.

The prosecution stated that there was no indication Verwer knew the two victims.

Verwer also has a sporadic criminal misdemeanor record, the most serious crime being a domestic battery charge out of Nevada.

Verwer will undergo a psychiatric evaluation before a preliminary hearing is scheduled.

If convicted, Verwer is looking at a minimum of 10 years in prison to a maximum penalty of life.