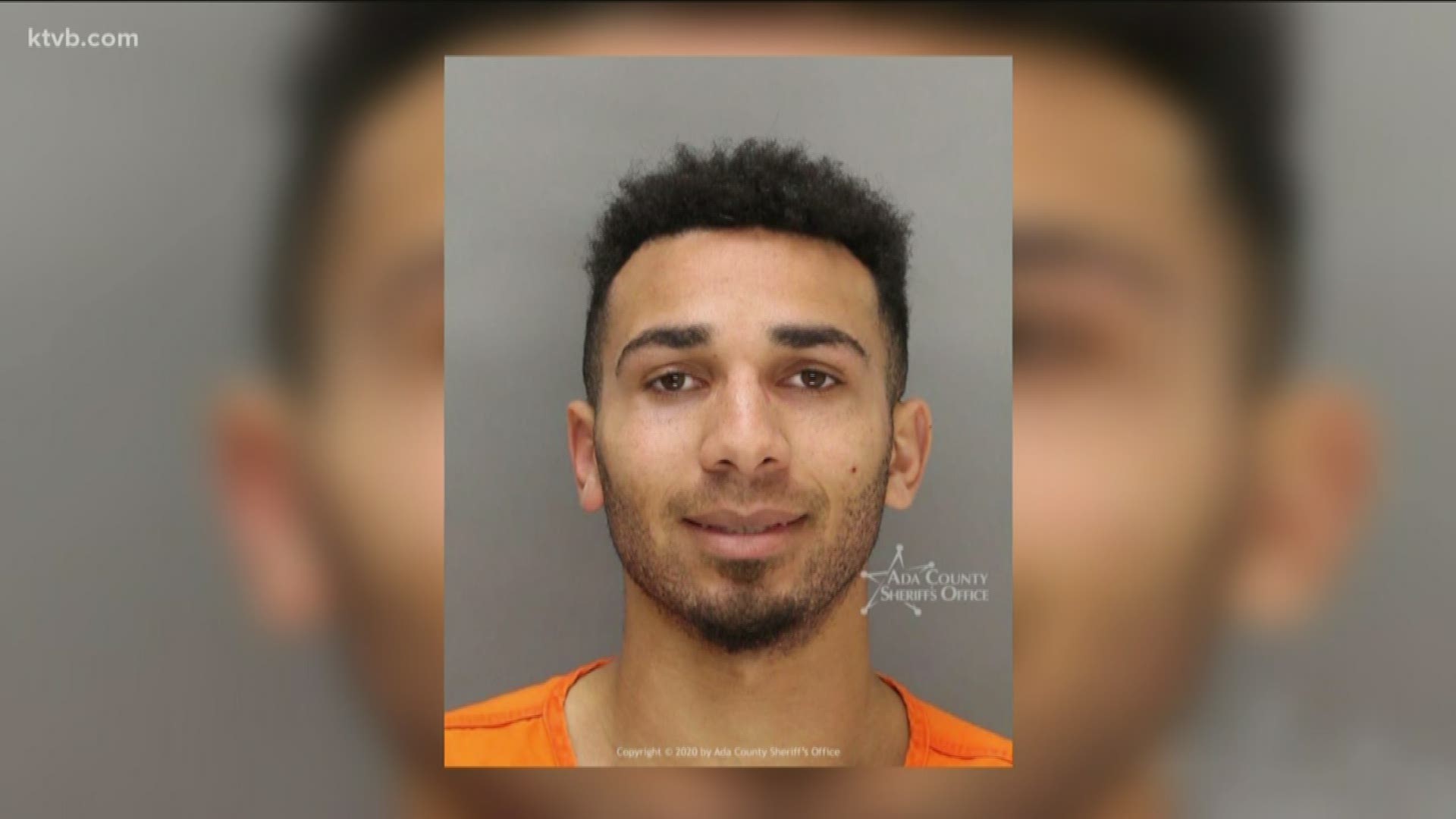 BOISE, Idaho — The man suspected of crashing his Ford Mustang into a truck and 10 other vehicles in a downtown Boise parking garage was arrested Wednesday afternoon, police said.

Demariea L. Dawkins, 27, of Livermore, California, faces a list of charges including felony malicious injury to property, reckless driving, failure to notify upon striking an unattended vehicle and possession of an open container of alcohol.

Dawkins also had a felony warrant out for his arrest.

According to Boise police, Dawkins fled the scene after Friday night's crash and eventually ditched his car after causing additional damage to a light pole and a traffic control sign.

Dawkins was arrested in Idaho City Wednesday afternoon and transported to the Ada County Jail where he was booked for warrants related to the crash and fleeing the scene.

Video from the parking garage showed a yellow mustang dragging a full-sized pickup truck. You can watch that video below: