The Idaho Humane Society says they have identified the person in the video and forwarded the investigation to prosecutors for possible animal abuse charges. 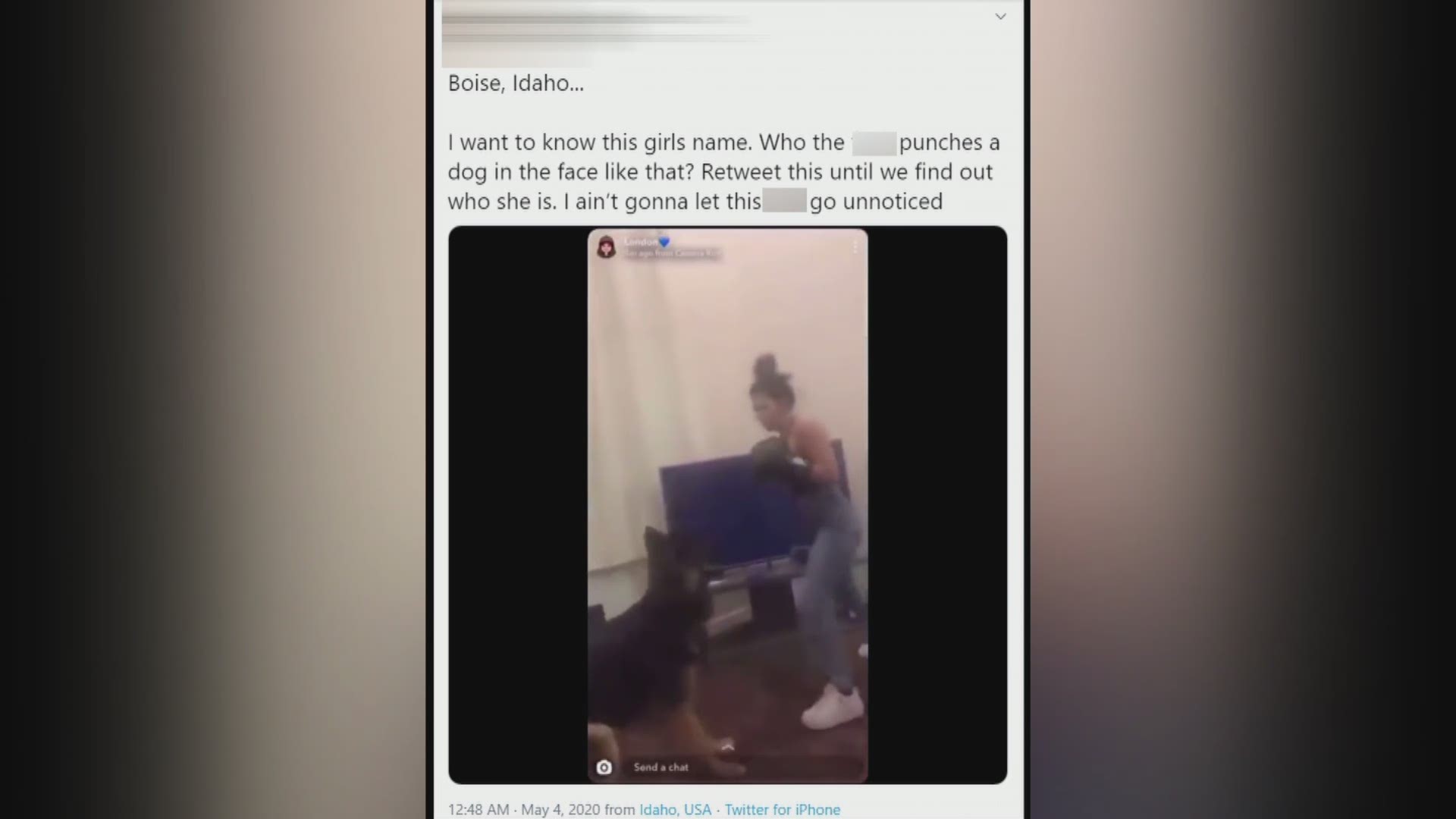 BOISE, Idaho — The Idaho Humane Society is investigating after a video showing a young woman punching a dog circulated on social media, prompting an uproar.

The video, which originated in Boise, shows a woman wearing boxing gloves and repeatedly hitting a German Shepherd in the head and face.

The woman is recorded punching the dog at least nine times, as people in the background appear to laugh. At one point, she stops to exclaim, "I hit him so hard, I felt that!"

The Idaho Humane Society says their Animal Care and Control office received "an overwhelming number" of phone calls and emails about the video. The IHS launched an official investigation and has identified the people involved.

"The investigation is currently pending review at the local prosecutor's office for a charging decision," the Idaho Humane Society posted.

The IHS says the conduct in the video is being considered for charges under Idaho's misdemeanor animal abuse statute, which criminalizes "every person who cruelly whips, beats or otherwise maliciously treats any animal."

The name of the individual in the video has not been publicly released.

For now, the Idaho Humane Society is asking people to stop calling them about the video, saying the large volume of calls is taking away from their office's ability to carry out other duties and investigations.

"The Idaho Humane Society works to protect all animals from abuse. We also believe that because domestic animals are a product of human intervention, we have a very special obligation to them in regard to humane treatment and responsible stewardship."

To support the Idaho Humane Society through donations, click here.

In response to social media questions about a new federal law making animal cruelty a felony, the Idaho Humane Society clarified that the "national law doesn't have anything to do with individual state laws." It applies to cases that take place across multiple states or on federal property, officials wrote in the Facebook comments.