After nearly 40 years, DNA evidence connects man to the murder of a 9-year-old Nampa girl

"This is a tremendous day in the fact that we have identified that person responsible and that we are at least giving some closure." 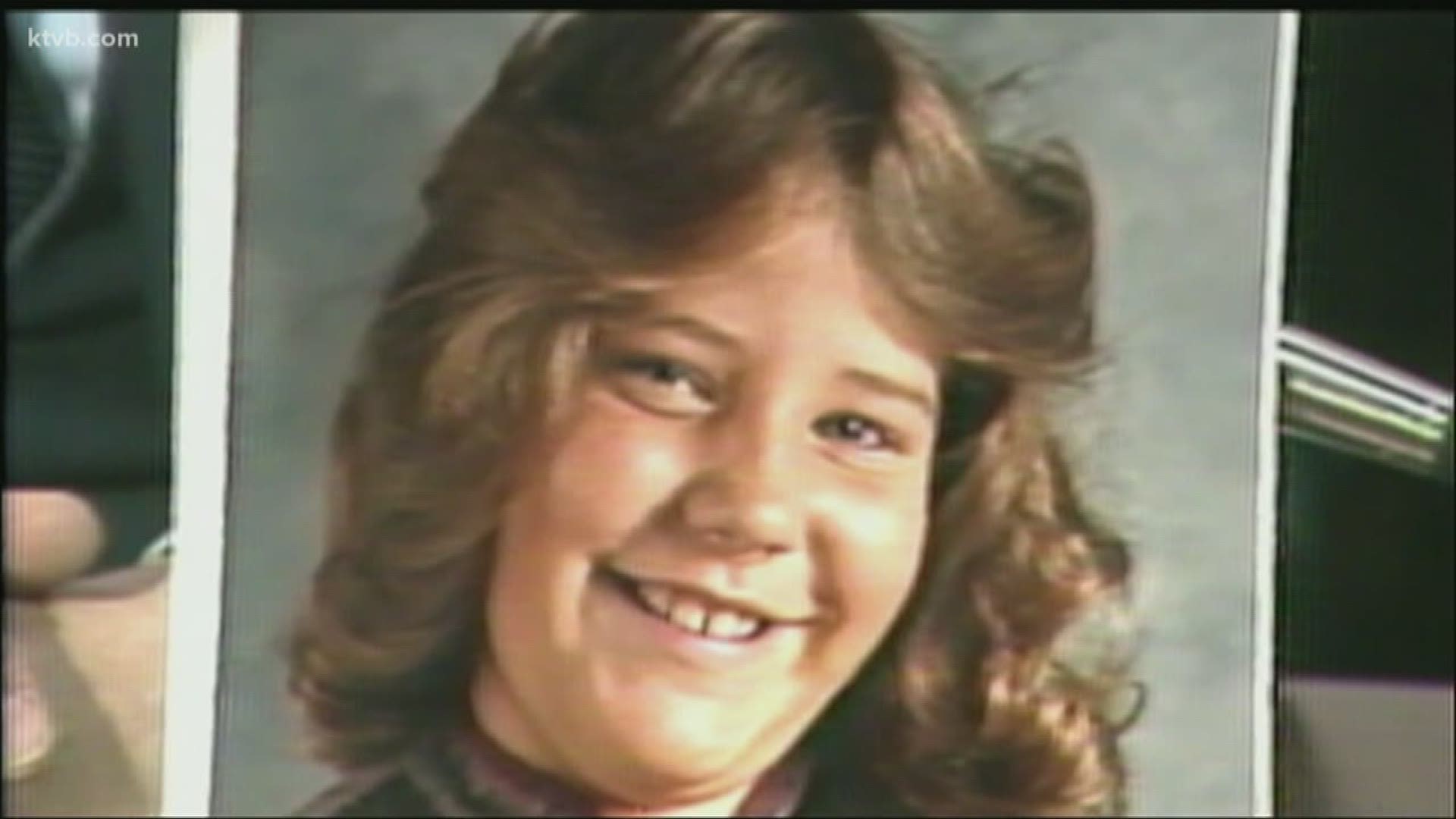 NAMPA, Idaho — Warning: Information from the probable cause affidavit is detailed and may be disturbing to some viewers.

Authorities in Canyon County announced on Monday that they have charged a 62-year-old man for the unsolved murder of a Nampa child in 1982.

It has been more than 38 years since 9-year-old Daralyn Johnson vanished while walking to school at Lincoln Elementary. Extensive searches for the missing girl ended in a tragedy three days later, when fishermen found her body next to the Snake River.

According to the probable cause affidavit, Daralyn was found, the crotch of her pants was covered in blood. Evidence was found during her autopsy that she was both raped vaginally and anally.

Her cause of death was found to be drowning and ruled as a homicide, according to court documents. She was raped and suffered blunt-force trauma to her torso, which caused tearing to her spine, and to the upper-left side of her skull before her murder.

Law enforcement officials said the sheriff's office is holding off on serving the warrant until late summer for two reasons. One is because of the current COVID-19 health pandemic, and he is already serving time at the Idaho State Correctional Institution for a crime that he committed in 2004.

Dalrymple is currently serving 20 years to life in prison for lewd and lascivious conduct with a minor under 16. He was also convicted of kidnapping, sexual abuse of a minor and second degree of kidnapping.

Sheriff Kieran Donahue said investigators found two other young girls between the ages of nine and 11 who were possibly abused by Dalrywmple.

"During our investigation, the Canyon County Sheriff's Office have located two other victims of similar age to Daralyn, who never reported to law enforcement to being sexually abused by David Dalrymple," Sheriff Donahue said. "We are asking the public, we are imploring the public if you have any information on those cases or on this current case to please come forward and contact my office, or as Brian said, the Crime Stoppers."

Officials did not take any questions at the end of the press conference because of it being an ongoing investigation.

Investigators in 1982 ultimately zeroed in on a man named Charles Fain as the primary suspect in Daralyn's murder. Fain owned a vehicle matching the description of a "suspicious vehicle" other children had reported seeing near where Daralyn disappeared.

Fain was ultimately convicted of her murder, and sentenced to death. He spent 18 years on Idaho's death row before DNA evidence proved he could not have been the girl's killer.

Fain was released from prison and exonerated in 2001. He has gone on to advocate for people who were wrongfully convicted of crimes they did not commit.

It took 20 years of testing pubic hairs found on Daralyn to find a confirmed DNA match, court documents show. In December of 2000, pubic hairs collected were shipped from the Canyon County Sheriff Crime Lab to Bode Labs in Lorton, VA. The lab was then able to build a mitochondria profile from the DNA. Over the years, a few suspects were compared to the profile but none were a match.

"It's absolutely thrilling to see a strategy that we mapped out six-seven years ago," he said. "The detectives worked this really hard and they were able to find the actual person who matched the DNA at a strong statistic."

In 2018, the remaining pubic hair samples were sent to the University of California, Santa Cruz. Dr. Edward Green then used "the DNA technique of sequencing to develop a SNP profile (Single Nucleotide Polymorphisms) to identify a certain stretch of DNA."

"When you have degraded DNA or DNA in a hair, that’s not really great DNA," Hampikian said. "The pieces end up being broken, so you get smaller and smaller pieces after a while, but this SNP analysis can be used and we thought it might be able to be used."

That SNP profile showed that the DNA belonged to a male. The FBI then used the profile to find the Dalrymple family, which court document say included four boys and two girls who lived in Idaho. Investigators narrowed the family down to David Dalrymple, who also lived at a home that would be on Daralyn's route to school.

Investigators then visited Dalrymple while he was at IDOC in Kuna on February 24, 2020, and asked what he knew about the Daralyn case and if he would give consent to giving a DNA sample. He refused to give one without a warrant and on March 12, 2020 investigators then collected a DNA sample from Dalrymple after getting a warrant from an Ada County judge.

"Idaho is kind of leading the nation in this, in that we’ve had two exonerations that were completed through this type of genetic genealogy," Hampikian said. "To my knowledge, we were the first people to start and complete it."

The other case where this was used was Christoper Tapp. He was arrested in 1997 for the rape and murder of 18-year-old Angie Dodge. Dodge was killed in her Idaho Falls apartment in June 1996. One year after his arrest, a jury found Tapp guilty of the crime and he was sentenced to 30 years to life in prison.

He was exonerated in 2019 after DNA evidence linked a different suspect to the murder.

Dalrymple's probable cause affidavit states that during the investigation, police found that there were two other victims who were sexually abused by him. Both girls were around the same age as Daralyn, between eight and 11. One of the victims said "Dalrymple took her down to the river near Eagle, Idaho and threatened to "make her disappear" if she disclosed the abuse."

"This is a tremendous day in the fact that we have identified that person responsible and that we are at least giving some closure, at least in this chapter, after 38 years to Daralyn Johnson, the victim, and to her family, who are wonderful people," he said.