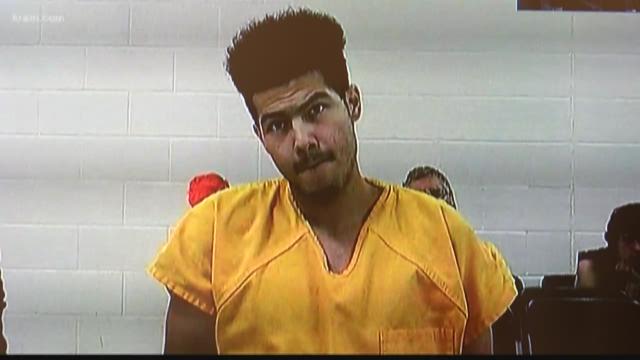 Editor's note: Above video is a report on a recent court hearing for shooting suspect Tyler Rambo

COEUR D’ALENE, Idaho – The suspect in a Fourth of July shooting has filed a tort claim seeking $9 million in damages from the City of Coeur d’Alene and the police department after officers shot him at a city park.

Court documents say Tyler Rambo is accused of attempting to shoot a man on the Fourth of July and pointing a gun at a woman. Eight officers with the Coeur d’Alene Police Department shot Rambo multiple times after he allegedly shot at officers following a foot chase.

Idaho State Police is still investigating the officer-involved shooting. It has not been ruled justified but the officers are back to work.

The tort claim filed on Friday, Nov. 1, alleges that the officers acted inappropriately in shooting Rambo, in part due to inadequate training and supervision.

Tort claims are filed by an individual who claims they were harmed or have suffered loss due to negligent actions by a state employee or agency. The claim is a precursor to a lawsuit.

The tort claim alleges that the officers deployed their taser into Rambo while he had his hands in the air, adding that the action was taken without warning to Rambo or other officers.

The claim goes on to say that the taser forced Rambo to lose control of his muscles, causing him to involuntarily fire his gun at officers. Afterward, the officers “proceeded to unleash an unnecessary barrage of gunfire at and into Mr. Rambo,” the claim reads.

According to the claim, Rambo is permanently disabled after the shooting, with injuries including the complete loss of both of his legs.

Rambo will need assisted living and physical and occupational therapies for his injuries, which will cost more than $3,000 per week, according to the claim. The claim also outlines past and future medical expenses, including prosthetic and ambulatory equipment in an unknown amount.

“Mr. Rambo was eighteen years old when this happened and he has a like expectancy of, at least, seventy-four. It is without question that he will incur these expenses for the rest of his life. That places his damages well in excess of nine million dollars,” the claim reads.

The claim adds that Rambo will seek attorney fees and costs if the matter is not quickly resolved.

Read the full claim below:

In September, a judge increased Rambo’s bond to $1 million at the request of prosecutors. A judge also ruled that Rambo cannot go within a mile of the Coeur d’Alene Police Department.