Multiple law enforcement agencies responded to the scene of an armed man in a vehicle on Chinden Boulevard in Meridian Wednesday afternoon. 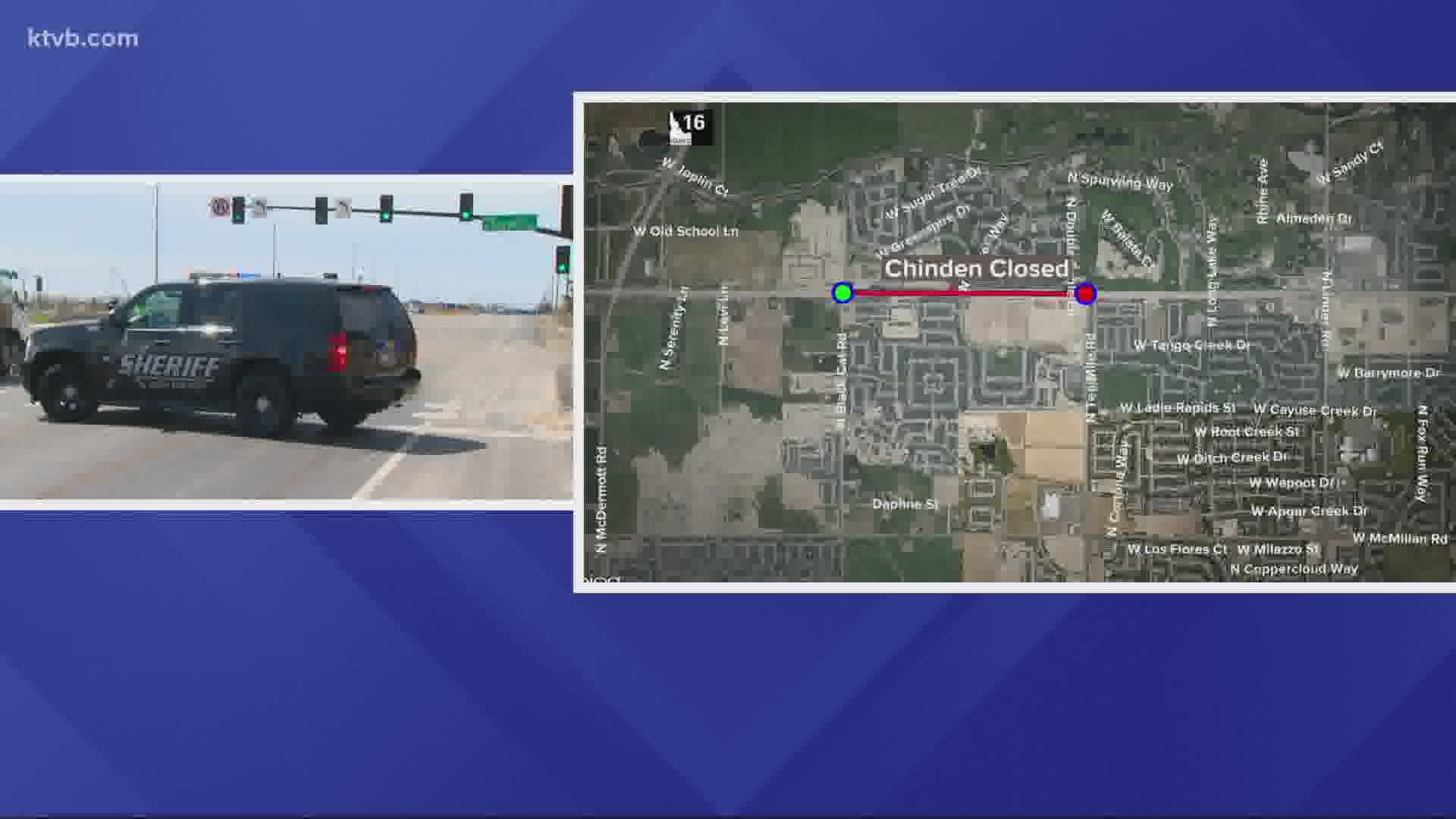 MERIDIAN, Idaho — Police say a man is dead after shooting himself during a standoff with police on Chinden Boulevard. The road was closed in both directions between Ten Mile and Black Cat roads due to police activity from about 2:00 p.m. until 9:30 p.m. Wednesday.

A Meridian police spokesperson says the man led Caldwell police on a pursuit from Canyon County into Ada County where he pointed a handgun at Meridian police officers from inside his car. Those Meridian officers were attempting to place spike strips in the road to stop the pursuit.

A Meridian officer performed a PIT maneuver on the suspect's vehicle, stopping the pursuit where law enforcement negotiated with the man Wednesday afternoon.

Police say negotiations failed and a SWAT team deployed gas and flash-bang canisters before approaching the man who shot himself. Police found two guns in the vehicle.

An Ada County Sheriff's Office spokesperson says the man was a suspect in a domestic violence case.

The West Ada School District and local churches were informed by police of the incident. A Code Red reverse 911 went out to residents in the area to warn people of the situation.

This is a developing story and will be updated as we gather more information.

Police block off Chinden after pursuit of armed man

1 / 11
Paul Boehlke/KTVB
Police have blocked off a section of Chinden Boulevard in Meridian while they try to get an armed man into custody.

Chinden Blvd. is closed to traffic between Ten Mile and Black Cat roads. A police vehicle pursuit that started in Caldwell just ended on that portion of Chinden and an armed man is still inside the car officers were in pursuit of.