Chad Longley, 42, was arrested Monday after investigators say they found photos and videos of underage boys being sexually abused on his electronic devices. 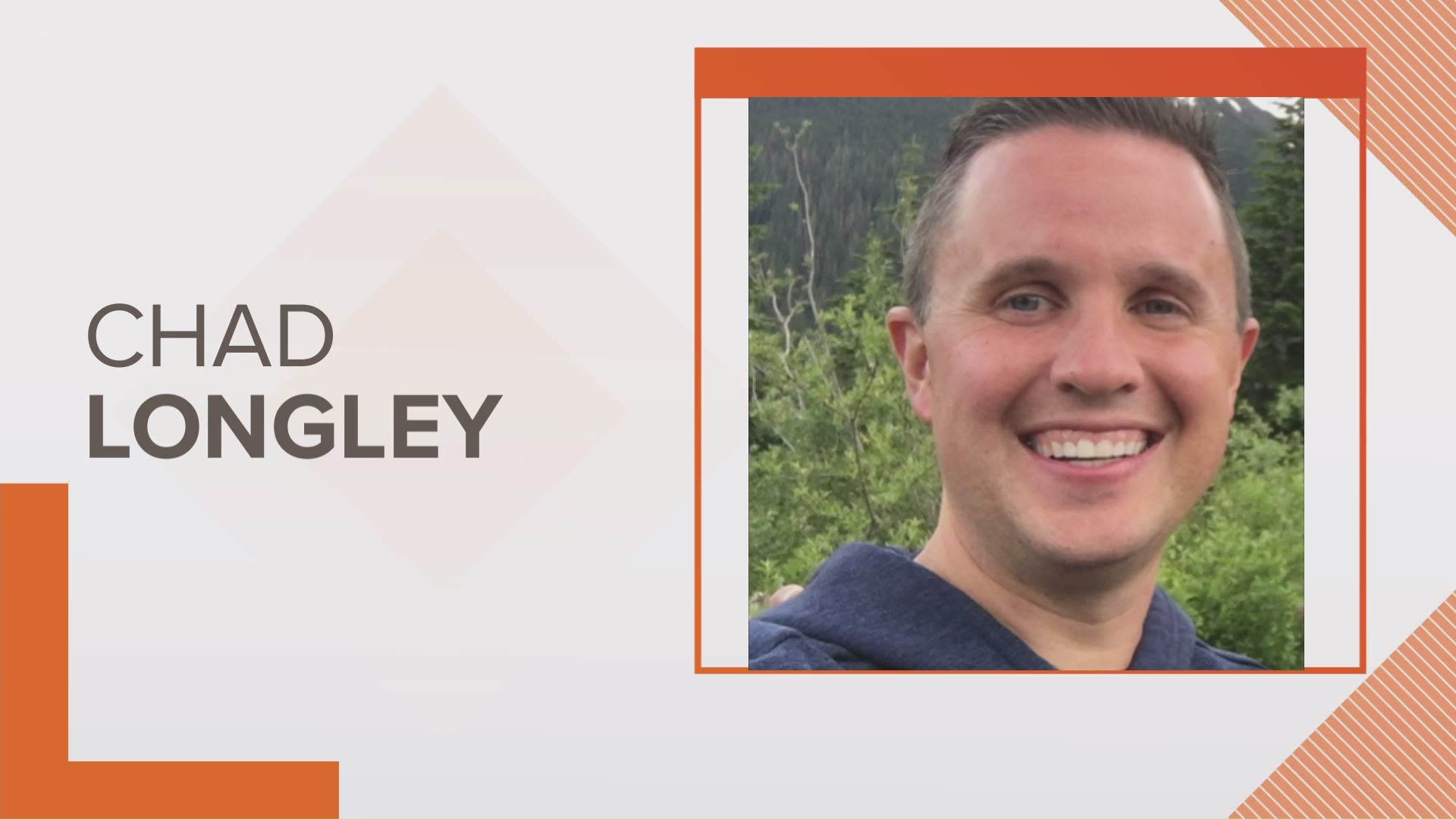 BOISE, Idaho — A former teacher and staff member in the Nampa School District was arrested Monday after investigators say they found photos and videos of underage boys being sexually abused on his electronic devices.

Chad Longley, 42, is charged with felony possession of child pornography, which carries a possible sentence of up to a decade in prison.

According to a criminal complaint filed in the case, Longley first appeared on the radar of Idaho Crimes Against Children detectives in late November 2020, when the task force was alerted through a CyberTip that a Google account connected to the suspect had accessed 39 files depicting children performing sex acts.

The investigators were able to obtain a search warrant for Longley's Google account, where they found pornographic photos of boys that appeared to be between the ages of 6 and 10, according to the complaint.

Through a combination of digital records and surveillance, detectives were able to determine Longley's address in Boise, where they served a search warrant earlier this week and took Longley into custody. The ICAC task force also seized a computer, tablet, and a thumb drive from the home that later were discovered to contain child pornography.

According to the complaint, Longley admitted in an interview to viewing child pornography beginning when he was in college.

"Longley stated that he had viewed images of children under the age of 18, primarily boys between the ages of 11 and above, in sexual positions," a detective wrote in the probable cause portion of the complaint. "He stated that he was not proud of this and tried to suppress that part of him."

Longley was ultimately arrested and is set for arraignment in federal court Friday morning.

The defendant is not accused of sexually abusing any of the children in the photos and videos, or creating any of the pornographic material found on his devices.

The Nampa School District said that Longley gave his notice as an employee in March, and officially left at the end of the school year May 27. The district was not aware of the criminal investigation against him at that time, spokeswoman Kathleen Tuck said.

Tuck also said that there had never been any "red flags" or allegations of inappropriate behavior involving Longley and any student in the Nampa School District. Longley worked at South Middle School from 2003 to 2011, then spent a year at Sunny Ridge Elementary before leaving the district. He returned in 2017 in a role in which he helped teachers with online tools, Tuck said, then spent last school year as an instructional coach at NOVA, the district's virtual learning program.

Federal prosecutors have filed a motion asking for Longley to remain held in jail until his trial. A judge has not yet set bail or ruled on the motion.