The bodies of 7-year-old JJ Vallow and 16-year-old Tylee Ryan were exhumed from graves on Daybell's property one year ago today. 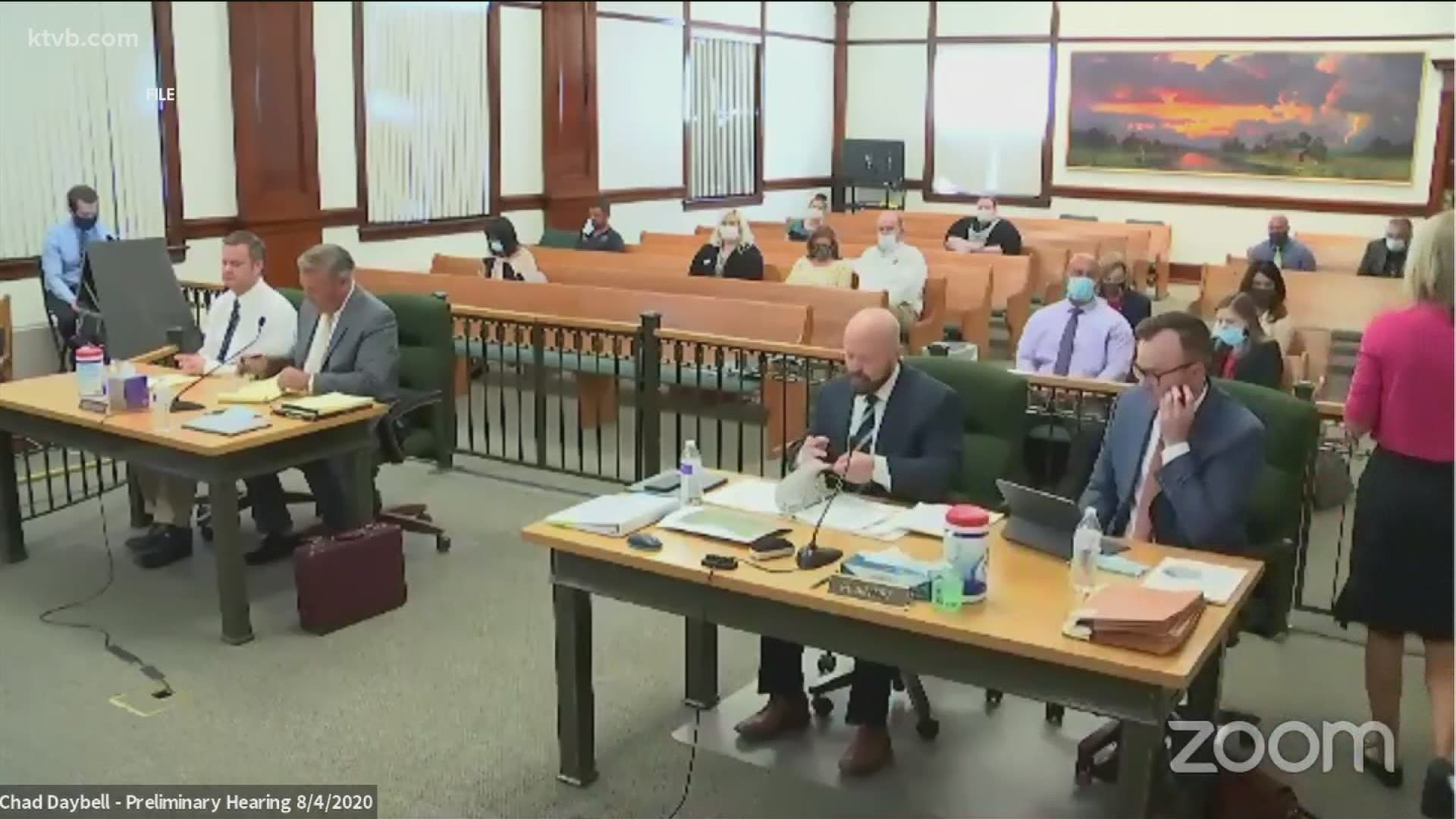 FREMONT COUNTY, Idaho — An Idaho man accused of murder in the deaths of his late wife and two of his new love interest's children pleaded not guilty to the charges against him Wednesday morning.

He pleaded not guilty to all nine counts, meaning the case will go forward to a trial.

His now-wife, Lori Vallow, was indicted on the same charges but has been ruled mentally incompetent to stand trial, effectively halting the forward progress of her case. Vallow has been committed to an Idaho Department of Health and Welfare mental facility for 90 days; at the end of that time period, officials will determine whether she can proceed to trial or needs additional treatment to restore her competency.

Investigators have said that Vallow and Daybell ascribed to fringe religious beliefs about the end of the world that spurred them to kill 7-year-old JJ Vallow and 16-year-old Tylee Ryan. The bodies of the children were unearthed one year ago to the day on Daybell's property in Fremont County.

Daybell is also accused of murdering his late wife Tammy Daybell, who was found dead in the couple's home just weeks before he married Vallow in Hawaii.

If convicted of first-degree murder, Daybell will face life in prison or the death penalty.

A scheduling conference to set a trial date is set for June 23.