Lori Vallow, Chad Daybell to be tried together after judge's ruling

The cases were combined over the objection of Daybell's lawyer, who argued that linking the cases would keep his client from getting a fair trial. 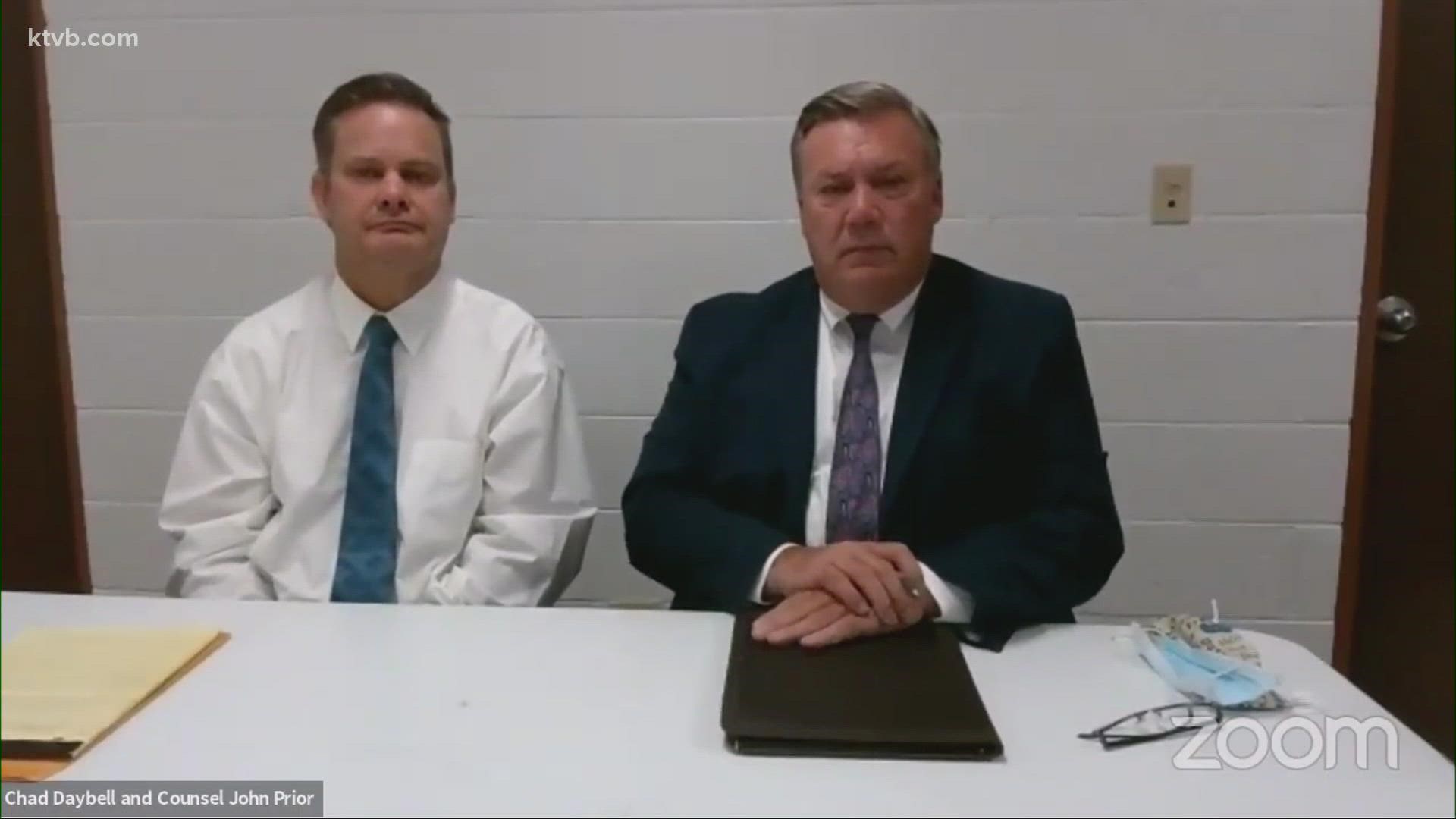 REXBURG, Idaho — A couple charged in connection with the disappearance of two children found dead in eastern Idaho can be tried together, a Madison County judge ruled Thursday morning.

Judge Steven Boyce combined the cases of Lori Vallow and Chad Daybell over the objection of Daybell's lawyer, who argued that linking the cases would keep his client from getting a fair trial.

The remains of Vallow's two children, 7-year-old JJ Vallow and 16-year-old Tylee Ryan were unearthed on Daybell's property in June. Neither Daybell nor Vallow, who married after the children went missing, are charged with causing their deaths.

RELATED: Lori Vallow is 'not opposed' to joining trial with Chad Daybell

Prosecutor Rob Wood told Boyce that the evidence in the two cases was "essentially the same" for both defendants.

"State police will demonstrate that the concealment of Tylee and JJ's bodies are the result of the same plan, and the same series of acts and transactions which constitute the offense for which both defendants are charged," he said.

Trying Vallow and Daybell separately in front of two different judges means prosecutors, court staff, and the judges themselves will be doing duplicate work and witnesses will be asked to give duplicate testimony, Wood said. In addition, splitting up the cases raises the possibility of diverging rulings on what evidence will be allowed to be presented to a jury, opening the door for one of the defendants to appeal a possible conviction, he said.

The prosecutor urged Boyce to reject the argument of Daybell's lawyer that combining the cases would bring unfair publicity to his client's trial.

Lastly, Wood asked the judge to weigh the problems two different trials would impose on the witnesses and family members of JJ and Tylee, many of whom live out of state.

"I'd ask the court to consider the hardship on Tylee and JJ's brother, on the Woodcock family, the Vallow family and the Cox family," he said.

Lori Vallow has indicated that she is "not opposed" to combining the two cases, but Daybell's lawyer John Prior asked the judge to reject the motion to join them, or at least push back the decision until a later date.

Prior said that arguments about extra expense to the counties, or double work for court staff and witnesses should be a secondary concern to making sure that Daybell gets a fair trial.

"The importance is, is Mr. Daybell going to get a fair opportunity to present his side of the story, and is it going to be able to be presented without any kind of prejudice or bias, or are they going to infer anything from any other witness or defendant or anybody else that does not afford him an opportunity to fairly present his case?" the defense attorney asked.

But Boyce said he did not find that combining the cases would prejudice juries against one defendant, and ruled that the Daybell and Vallow cases be joined together.

"There could be some inconsistencies, there would be duplicative hearings, and I think quite concerning given our circumstances right now under our COVID restrictions and the difficulties we have of even getting a jury trial," Boyce said. "At this point, the prospect of having two separate trials where two separate juries would have to be impaneled to try each case is concerning as well."

Daybell's trial was set for January while Vallow's was due to begin in March.

A date for the combined trial has been set for July 12 at 9 a.m.