Chad Daybell pleads not guilty to all charges at Friday arraignment 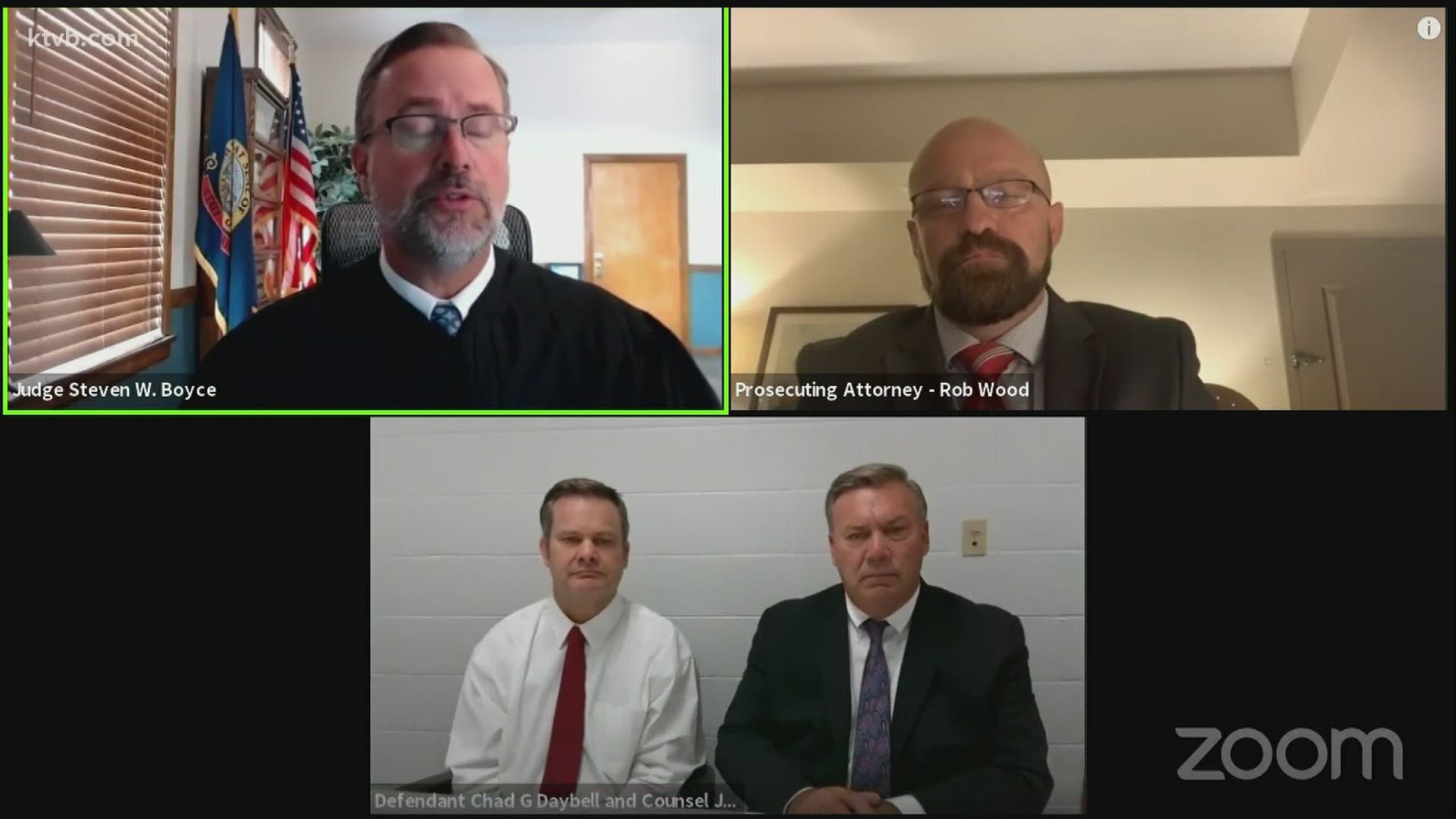 REXBURG, Idaho — The Idaho man charged after the bodies of two missing children were found buried on his property pleaded not guilty to all charges at his Friday morning arraignment.

Lori Vallow, the children's mother who married Daybell after JJ and Tylee disappeared, is also charged with conspiracy to destroy, alter or conceal evidence. Authorities say the children were victims of homicide, but have not released how they died. JJ's body was found bound and wrapped in duct tape and plastic, police say, while Tylee had been dismembered and burned.

Daybell appeared in court via Zoom Friday alongside his defense attorney John Prior. He said little in the hearing, speaking only to acknowledge that he understood the charges against him and the possible penalties.

Each of the four felony charges carries a maximum sentence of five years in prison. Judge Steven Boyce told Daybell that if he is convicted, those prison terms could run concurrently - all at the same time - or stack on top of each other for a maximum of 20 years.

Trial in the case is set to begin Jan. 11, 2021. Both Prior and Prosecutor Rob Wood told the judge they expect the trial to last three weeks.

The case was moved up to district court earlier this month following a preliminary hearing that included testimony from detectives, FBI agents and friends of the accused couple.

Lori Vallow is set to appear in court for an arraignment and enter her plea on Sept. 10.

Prosecutors have filed requests for discovery with the defense attorneys for both Vallow and Daybell, seeking the list witnesses and evidence the lawyers plan on introducing at trial, including any documents, photos, audio recordings and other material.

In addition, the prosecution has invoked a two-week deadline for both Daybell's attorney and Vallow's attorney to disclose "whether or not Defendant intends to raise any issue of the mental condition of the Defendant and to call expert Witnesses concerning such issue at either the trial or any other hearing, including but not limited to hearings on bond reduction motions, motions to suppress, motions to dismiss, or motions in limine, in the above-entitled case."

Daybell will next appear in court Dec. 10 for a pretrial hearing.