The packages were stolen off the front porch of the Boise home of the foundation's executive director. 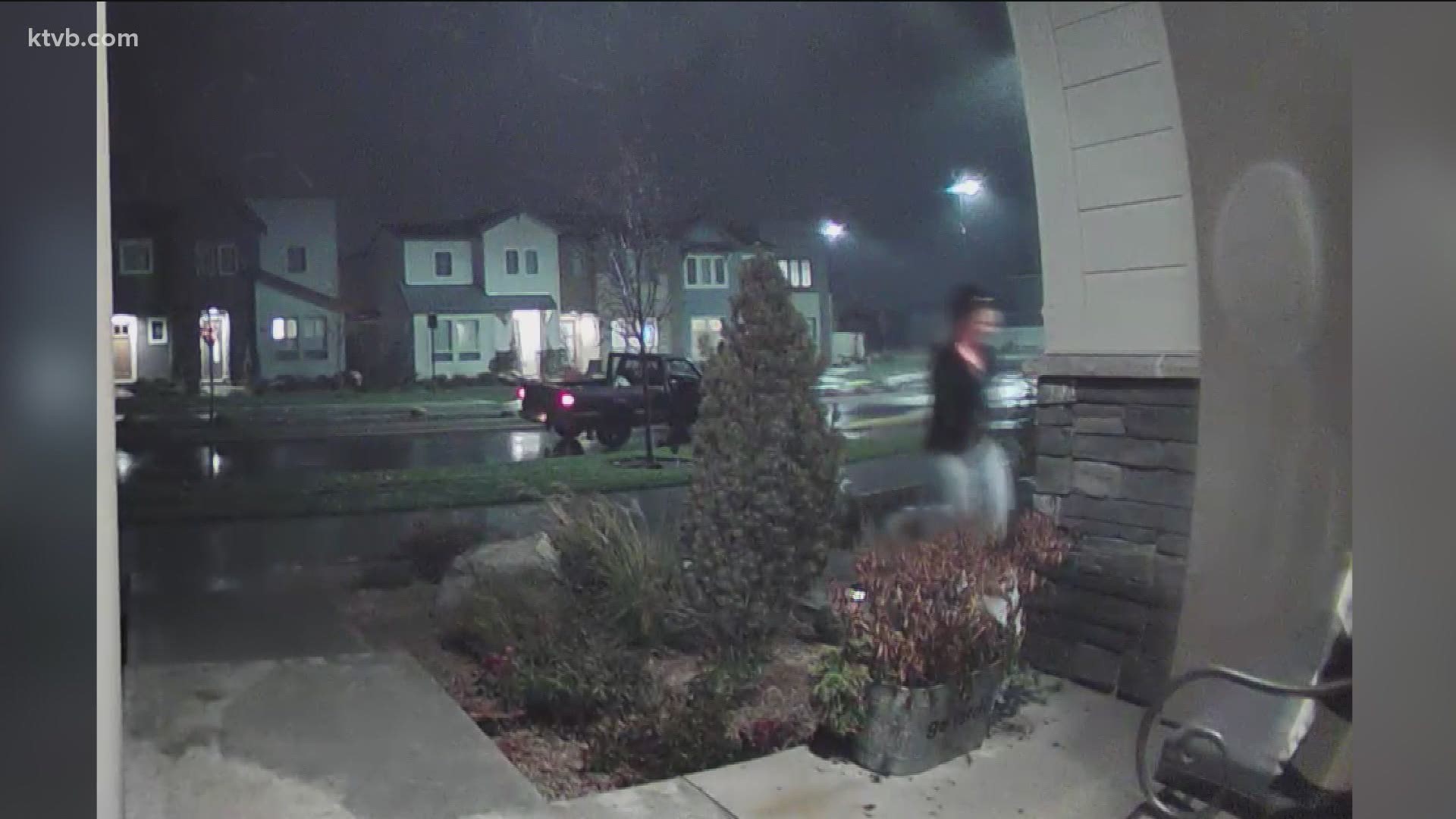 BOISE, Idaho — Boise police and the Epilepsy Foundation of Idaho are hoping the community can help them identify the individuals who stole $500 worth of packages.

Heidi McAdams, the nonprofit's executive director, ordered more than $500 worth of gifts from Amazon, which were going to be auctioned off at the foundation’s annual gala.

The packages were delivered to her home in southeast Boise near Harris Ranch on Saturday, Nov. 7.

Her neighbor’s ring video shows a man and a woman swipe the packages and load them into a truck.

“This gala is for camp scholarships, college scholarships," McAdams said. "So the fact that they stole it is bad enough, but then to steal from a nonprofit just makes it even worse."

Timestamps from the security footage show the suspects came back 14 minutes later to take what they were unable to carry the first time.

“They had clearly scoped out porches along my street and they had a pickup truck," McAdams said. "They were just throwing stuff in there and they didn’t have a care in the world."

McAdams filed a police report but with no visible license plate, officers have no leads.

“I was able to repurchase the items, but I probably won’t recoup that money," she said. "So we are hoping that the fundraiser goes well, and we are able to see a profit at the end."

McAdams is hoping someone in the community may recognize the man and woman in the video or their truck and has a warning for the rest of the community.

“This holiday season and just the fact that everybody is shopping online because of COVID-19, just keep track of your packages and as soon as they are delivered get them inside because there are thieves out there unfortunately and they don’t care who they are stealing from," McAdams said.