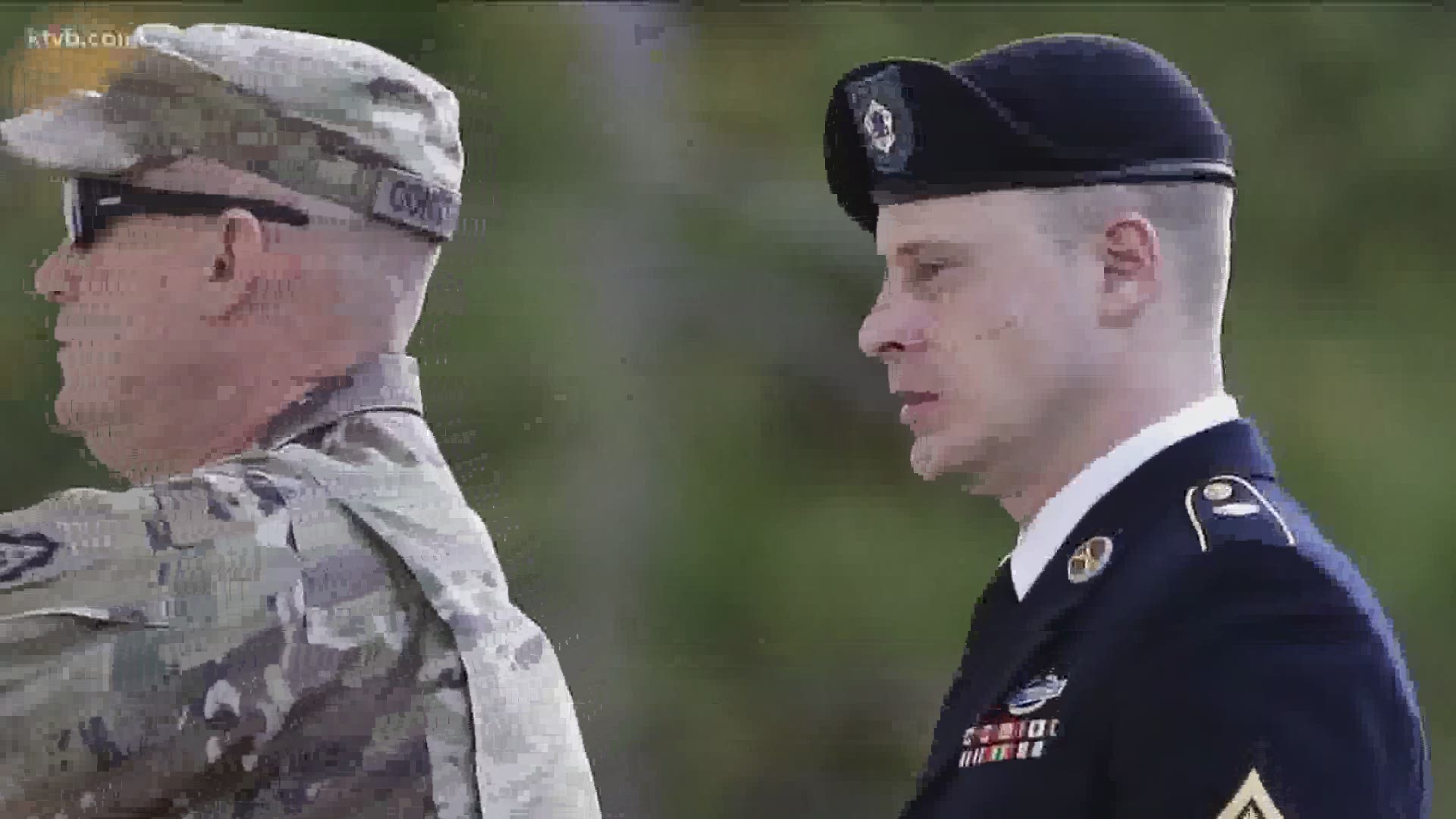 BOISE, Idaho — Bowe Bergdahl, a U.S. Army soldier from Idaho who left his post in protest of his command and was held captive by the Taliban for five years, has filed a complaint against his court-martial, saying former President Donald Trump and Sen. John McCain used their influence to affect this trial, and that one of the judges in his case failed to disclose that he was going to a position in the Department of Justice.

Bergdahl was stationed in the Paktika Province in Afganistan when he planned to run 20 miles to a nearby Forward Operating Base in order to raise his concerns about serious issues within his unit with a general. Within minutes of crossing the wire, he was captured by the Taliban-affiliated Haqqani Network.

According to the complaint, "During the first year of his captivity, the Taliban regularly whipped plaintiff (Bergdahl) with copper cables, heavy rubber hoses, and the buttstocks of their AK-47 assault rifles; burned the bottom of his feet with matches; and forced him to watch execution videos while threatening to decapitate him."

After being chained to a metal bed frame, the terrorists left him an iron cage, shackled and hanging from the ground for four years, where he "was left to rot."

He was released by the Taliban-linked group as part of a prisoner exchange.

His complaint explains that the years-long imprisonment took a toll on his mental health and a dishonorable discharge prevents him from using any of the health benefits provided by the Army.

Along with the dishonorable discharge, Bergdahl's sentence included demotion to the lowest enlisted pay rank and forfeiture of $10,000 in pay. The sentence was ordered on November 3, 2017, and confirmed on June 4, 2018.

Then-President Trump tweeted on November 3, 2017, that "The decision on Sergeant Bergdahl is a complete and total disgrace to our Country and to our Military."

Bergdahl's defense goes on to say that McCain pressured the Department of Defense to reverse course on its policy to not charge servicemen who were held captive by the enemy, which has been DoD policy since the Vietnam War -- a war in which McCain was held prisoner by North Vietnam.

"In 2014 and early 2015, his staff repeatedly pressed the Army concerning its charging decision making, demanding information on plaintiff’s pay status, captivity-related pay, and other entitlements, closely monitoring the pretrial processing of the charges against plaintiff, and requiring regular progress reports."

The defense also lists other instances of McCain speaking out that Bergdahl should be punished, and compiled a video of Trump making disparaging comments about Bergdahl before and after he was sworn in as president and the Commander-in-Chief of the armed forces.

The court filing also outlines that his court-martial was overseen by Jeffery Nance, who did not disclose that he had applied for a job as an immigration judge in the Department of Justice, an application in which he had mentioned his role in Bergdahl's case and the fact that he denied Bergdahl his motion of unlawful command influence.

According to the complaint,

"By failing to disclose his job application and indicating that he was simply going to retire, and then citing that as a basis for denying the renewed UCI motion, Judge Nance—

(a) concealed a material financial interest;

(b) thwarted plaintiff’s opportunity to conduct voir dire, challenge him for cause, reconsider his pleas and decision to waive trial by jury; and thereby

(c) denied him a fair trial before an impartial judge as guaranteed by the Fifth Amendment."

The Department of Justice is led by the Attorney General, who is a member of the president's cabinet and advises the president on all legal matters, including military justice.

The complaint requests that the court expunge Bergdahl's conviction and sentence, declare he was sentenced in violation of the Fifth Amendment, and grant other relief when and how it is appropriate.